Alzheimer's is a neurodegenerative condition that can seriously hamper one's day to day activities and quality of life. What can be done to prevent this disease that is usually associated with aging? Read on to know. 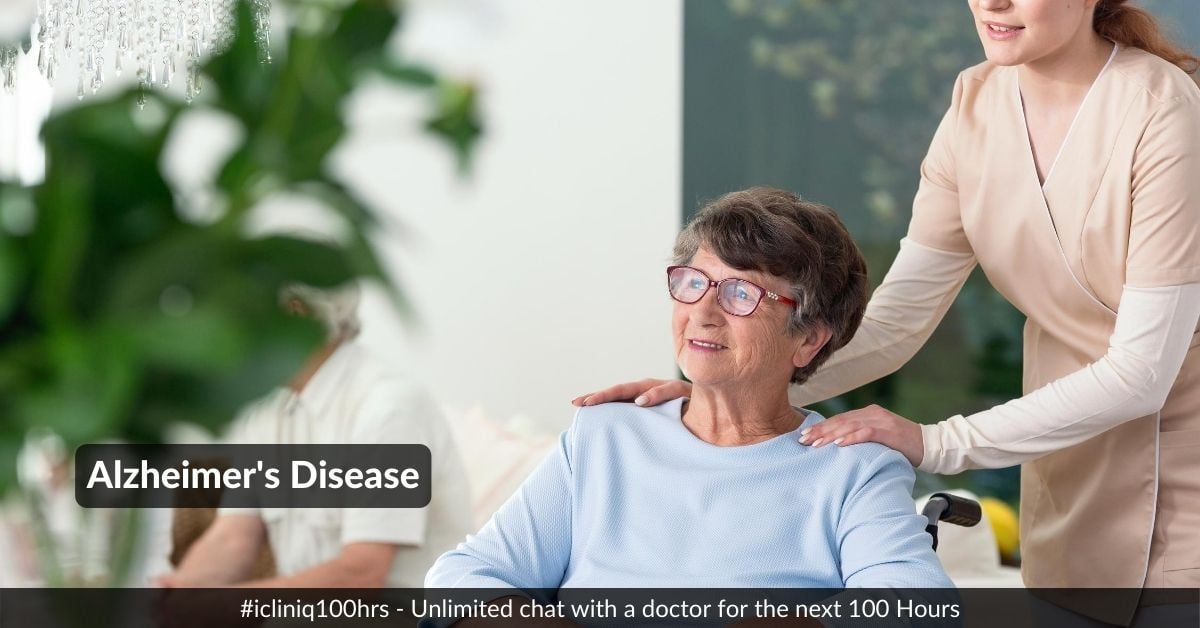 What Is Alzheimer’s Disease?

Alzheimer's disease is a progressive degenerative disease of the brain cells with dementia being the marked symptom in the early stages. It makes the brain cells to degenerate or die. Dementia is when a person forgets recent events or the conversations he or she had. It also affects a person’s thinking, behavior, and social skills.

As Alzheimer’s progresses, the patient develops severe memory loss and loses the ability to perform daily activities. The medications used nowadays for Alzheimer's disease can temporarily improve or slow the progression of this disease. There are various programs and services that help Alzheimer’s patients and their family members.

As of now, there is no medication available that cures Alzheimer's or changes the way this disease affects the brain. Due to a severe loss of brain function in advanced cases, death can result from infections, malnutrition, and dehydration.

What Are the Signs and Symptoms of Alzheimer’s Disease?

The signs and symptoms of Alzheimer’s include:

5) Routine activities, such as cooking a meal or gardening, become difficult to perform.

Related Topics
My dad has age-related diffuse cerebral atrophy. Will he forget everything, even me?
Why am I experiencing memory loss after a head injury?
Does rapidly declining memory mean Alzheimer's disease or vascular dementia?

7) In more advanced stages, even bathing and dressing independently poses a challenge.

What Are the Stages of Alzheimer’s Disease?

In the final stages, they are in bed all day and need the utmost care.

Two distinct types have been noticed, namely, early-onset, and late-onset.

It is still unclear why a person without a genetic factor would suddenly develop Alzheimer's. But, certain studies are guiding us towards finding the cause. When brain tissues were observed in the case of Alzheimer's, two distinct changes were observed.

How Is Alzheimer’s Disease Diagnosed?

There is no single test to diagnose Alzheimer's. Doctors use a combination of medical history, physical and neurological examinations (for balance and reflexes), imaging tests (MRI), and questionnaires to assess cognitive functioning. Imaging and other tests are used to rule out other conditions that can result in similar symptoms. The diagnostic tests include:

How Is Alzheimer's Disease Treated?

Going by current treatment modalities, Alzheimer's cannot be cured. There are no disease-modifying agents available as well. But, some drugs help reduce symptoms:

It is important to understand that palliative care and the support of family and friends are the utmost necessity. It is to be ensured that they can maintain their sense of independence and quality of life.

Simply put, this disease is the result of progressive brain cell death. Keeping yourself active, cheerful, and engaged in stimulating tasks every day is the key to keeping this disease at bay. For more information, consult a neurologist online now!

What Are the 7 Stages of Alzheimer's?

What Are the Warning Signs of Alzheimer's?

What Is the Difference Between Dementia and Alzheimer's Disease?

Dementia is the term referred to a group of symptoms that negatively affect memory. Alzheimer's is a progressive disease that slowly causes impairment in cognitive and memory function. The exact causes are unknown, and still no cure is available.

How Does Peanut Butter Detect Alzheimer's?

A peanut butter test is done to diagnose Alzheimer's disease. It can be done by measuring the patient’s ability to smell peanut butter through each nostril. If the patient is not able to detect it, then they might probably be having Alzheimer’s.

Which Is Worse Dementia or Alzheimer's?

Dementia, in general, used to define symptoms that impact the performance of daily activities, communication abilities, and memory. Alzheimer's disease is a common type of dementia. Alzheimer's disease gets more critical with time and affects language, memory, and thought.

What Exactly Is Alzheimer's?

Alzheimer's disease is a progressive brain and irreversible disorder that gradually destroys thinking and memory skills and, eventually, the capacity to perform the everyday routine tasks. In most people, the symptoms first appear in their mid-60s.

How Is Alzheimer's Diagnosed?

Doctors conduct tests to diagnose Alzheimer's dementia by assessing memory impairment and other thinking skills, identifying behavior changes, and judging functional abilities. They also perform a range of tests to direct out other possible causes of impairment.

Do Alzheimer's Patients Sleep a Lot?

Rather than sleeping at night, they may sleep a lot during the day. Some others may experience a phenomenon known as sundowning, which can cause restlessness, confusion, or irritability as daylight darkens. Usually, it can be difficult for an Alzheimer's patient to remain in their beds and fall asleep.

How Long Do Alzheimer Patients Live?

The lifespan of a person with Alzheimer's disease differs from the severity and age of the patient. Some patients are known to survive for 20 years or more. The neuroplasticity of the brain can end up in any way. The people surrounding these kinds of patients must be alert and positive all the time.

Can Alzheimer Be Cured?

This particular mental health condition cannot be cured. As this condition comes in an older adult, that patient might already be having other health-related illnesses. Once the person starts developing severe signs, the family members around them should help the patient find the lost objects or remind them of some significant events. Medications for this condition might not be beneficial.

What could be the reason for memory loss in a 22 year old?

Query: Hello doctor, I am 22 years old and I have been experiencing memory loss. I struggle to remember things. This happened when I was younger, for example, I was discussing something that happened years ago with a friend and realized that I had no memory of it. My memory of things which have happened m...  Read Full »

Query: Hi doctor, I have a balancing problem. I have low blood pressure in change of posture. I am on Midodrine. During a neurological examination, I was asked to tap my toes. Every time when I did that my heel involuntarily tapped several times. What is the reason? I am being examined for possible MSA...  Read Full »

Query: Hello doctor,My GP referred me to a neurology due to positive Romberg, equivocal Babinski and an intention tremor, which is getting worse. I have been having severe tingling in my legs for months. Recently, the pain in my legs is terrible at night, and my right eye goes blurry with heat. Are you aw...  Read Full »

Do you have a question on Memory Loss or Alzheimer's Disease?