Best Foods to Eat When Breastfeeding

Many women are concerned about their weight post pregnancy and decide to shed off some kilos immediately. Some women think that post-pregnancy, they can immediately follow a fad diet like fruit diet, salad diet and lose weight and achieve the pre-pregnancy weight back. These crash diets lack all the nutrients essential for the mom’s body as well as the infant’s body. It is very important for mothers to be aware that what they actually consume during this stage is extremely beneficial for proper supply of milk production for their baby. In fact, a proper maternal lactation diet is extremely essential for having a good composition of breast milk which is essential for the baby's growth and development, both emotionally and physically. 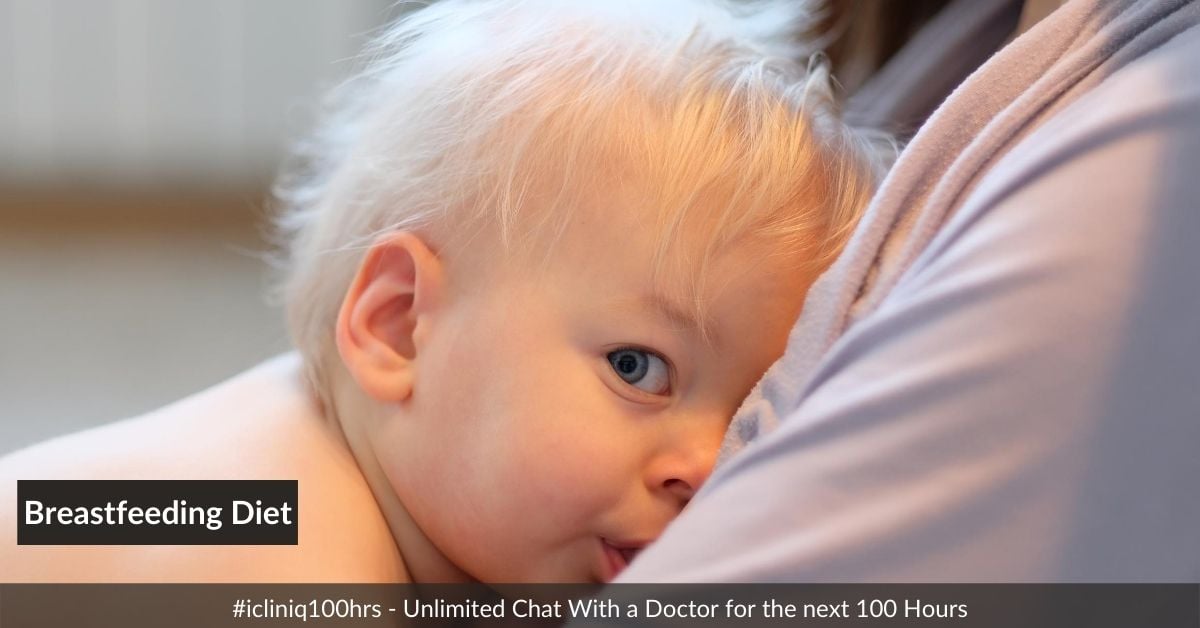 Following are some of the lactation diet tips to be followed by every mom.

Galactagogues are amazing lactation herbs which enhance and improve maternal milk production which is very much required for the infant. It helps increase hormones like prolactin and oxytocin which are essential for the emotional bonding between the mother and the infant.

How to know whether your breast milk is sufficient for the baby?
How to cope with exam failure?
Dr.Prachee Shah

Galactagogues are present in garlic, spinach, carrots, fenugreek seeds, and flax seeds. Garlic can be incorporated in the diet by adding it in dals. Palak dal is an amazing dietary option for lactating mothers. It is rich in protein, iron, phytoestrogens, antioxidants, vitamin K, and vitamin A which enhance milk production. Do not forget to add carrots too to the dal which is a very good source of vitamin A. Do consume it with brown rice which is a very good source of B complex vitamins and fiber necessary for boosting the infant’s brain health.

Another question which comes to the mind is “How to consume flaxseeds?”

Well, flaxseeds are a perfect source of iron and fiber. It can be incorporated in your diet mixed in yogurt with cut slices of apple in it. Flaxseeds can also be roasted and powdered and added to smoothies and consumed.

Omega 3 fatty acids are indeed very beneficial both for the mother and infant and must be consumed by the mother from sources like salmon, tuna, walnuts, almonds, pistachios, and flaxseeds. They contain good fats which help boost the mental development in infants as well as to promote healthy heart health in mother as well as infant.

According to many studies, it has been observed that thiamine-deficient mothers with low levels of thiamine in breastmilk, reported cases of infants developing severe mental retardation in the near future and developing a disease called as “beri-beri”. Symptoms of beri-beri include mental confusion, involuntary eye movements, difficulty in walking, heart dysfunction and poor muscle function.

Sesame seeds are a perfect source of calcium. It can be given to lactating mothers as the daily requirement of calcium for lactating mothers is far more than the normal dietary calcium allowance that is around 1300 mg per day. Sesame seeds can be incorporated in the diet in the form of the ladoos commonly consumed by the locals.

Does chickenpox spread through breast milk?

Query: Hi doctor, I am 31 years old and a mother of 7 months old baby. Recently, I have got infected with herpes zoster virus on my back. It is a small patch above my waist. Doctor told me to stop breastfeeding for a week. But, my baby is exclusively breastfed till now and not taking bottle feed after seve...  Read Full »

How to concentrate on my studies?

Query: Hi doctor, I am a student. When I sit for study, I just start feeling distractions from small noises and things. Most of the time, I go to imaginations of things I want to create and sometimes, I suddenly start daydreaming about different kinds of thoughts. Sometimes, I start to remember about pa...  Read Full »

Do you have a question on Breast Milk or Omega Fatty Acids?