Know how an iCliniq physician helped a patient with cervical spondylosis 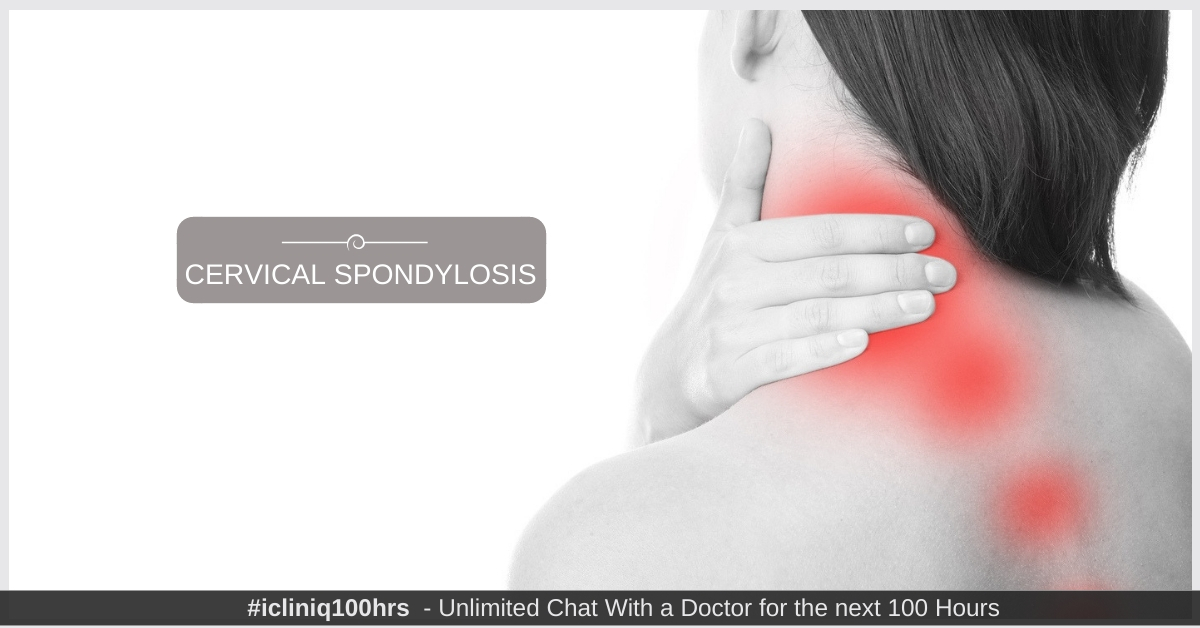 A patient who was suffering from neck pain and stiffness from four months contacted a doctor on iCliniq.com. He had already consulted an orthopedic surgeon in his hometown, who diagnosed it to be cervical spondylosis. He then consulted another doctor, who agreed that it was cervical spondylosis but wanted an MRI to identify a suspected pinched nerve. He prescribed some medicines and Macgesia oil for massage. But the patient had shoulder heaviness, even after taking medicines. So, the patient wanted our doctor to look at his MRI reports and X-rays to confirm the diagnosis. He also wanted the best treatment option.

After studying the X-rays and MRI reports carefully, our doctor informed the patient that in C4/5, there is left-sided root entrapment. Apart from this, there are multiple levels of stenosis. The treatment will depend on the patient's symptoms, and which side of the body is affected. If the shoulder, base of the neck, and upper arm pain are the patient's primary symptoms, along with weakness in the shoulder and arm flexion on the left side, then surgery might be needed to decompress the nerves. If he does not have these symptoms, then Pregabalin, physiotherapy, and painkillers will help.

The patient contacted the doctor again after trying the medicines suggested by him. He informed the doctor that his pain had been relieved with Pregabalin and physiotherapy. The patient heard about a drug named Palmiges, which is used for regenerating nerves. So he wanted to know if this medicine can help him with his condition. He also told the doctor that he had been trying to improve his bone density from the past seven years, as he has osteoporosis. He was wondering if he can take Bisphosphonates with Prolia together to improve bone density.

The doctor was pleased to know that he was feeling better. He educated the patient that Palmiges is a nutritional supplement and not a drug. He told the patient that as it is a naturally derived substance, it is safe to take. He advised against taking Bisphosphonates and Prolia together, as Prolia is a new drug, which is used in patients who do not respond to Bisphosphonates. The patient was highly grateful for the doctor's detailed response and professional advice, which relieved him of neck pain and stiffness.

--Someone from Philadelphia, United States, 37 minutes ago

--Someone from Ashburn, United States, 7 hours ago

--Someone from Albany, United States, 8 hours ago

--Someone from Ashburn, United States, 8 hours ago

--Someone from Indianapolis, United States, 8 hours ago
View More »