Q. Had taken Meprate for delayed period. Still, is there any chance of pregnancy?

Answered by
Dr. Sonal Prasad
and medically reviewed by iCliniq medical review team.
Published on May 17, 2018 and last reviewed on: Aug 21, 2019 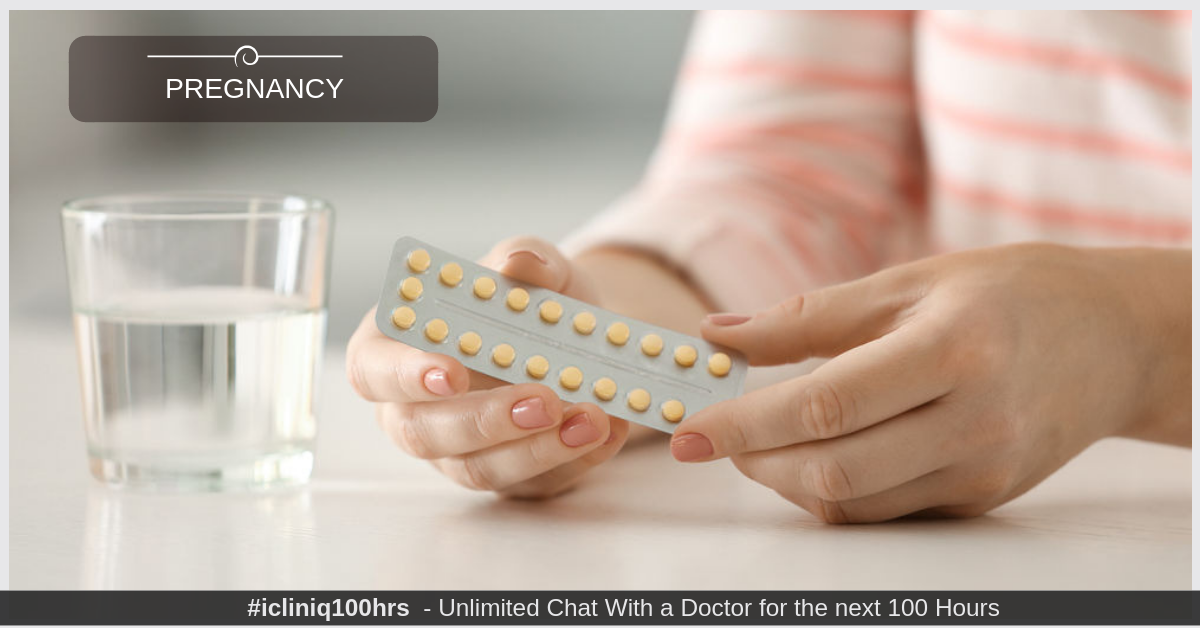 My girlfriend is a virgin and we were intimate on two consecutive days last month. During that time, her periods were delayed by two weeks. I was careful not to ejaculate anywhere near her vagina nor was it knowingly in contact with my penis.

She waited for another 10 days and since she did not get her periods. She had Meprate tablet twice a day for five days. Then, she got her periods after another five days.

The blood discharge was more in the first day and the bleeding diminished subsequently and it lasted only till the fourth day, though usually it lasts for five days. Her periods is due now for this month and still she does not have any menstrual symptoms.

Will she be pregnant? Please advise.

Ideally, Meprate - Medroxyprogesterone should be taken only after confirming the absence of pregnancy as Meprate has a tendency of causing incomplete abortion. So, it would be wise to get a serum beta hCG done (human chorionic gonadotropin). It is a blood test that detects minutest pregnancies. As per the timeline, if the value comes less than 5, then the test is negative.

Review with the value of the beta hCG report, so that I can suggest medication safe for her. When you review make sure you mention the following. The value of beta hCG, starting date of last periods (before intercourse), date of intercourse and intake of Meprate and if she has associated thyroid or prolactin disorder.

Revert back with the reports to a childbirth educator online --> https://www.icliniq.com/ask-a-doctor-online/childbirth-educator

I will attach the hCG report once she is tested. I attach the available reports hereby. I would like to know if the periods like bleeding, she experienced is actually implantation bleeding.

It started 22 days after the intercourse. I read that implantation bleeding happens 12 to 14 days after ovulation. Will the consumption of Meprate have delayed the bleeding?

I have gone through the reports and they appear to be normal (attachment removed to protect patient identity).

Meprate must ideally be taken only if pregnancy is ruled out by hCG failing as Meprate can lead to delayed implantation, defective implantation and incomplete abortions. So, it is important to get hCG levels done. The thyroid and prolactin levels are normal. Therefore, the cause of amenorrhea if not pregnancy might be PCOD (polycystic ovarian disease) of the thinned out endometrium. It will be clear on a gynecological ultrasound.

The plan remains the same. Get hCG done and review with value, so that I can suggest medication safe to induce periods. Also, get remaining hormonal profile and ultrasound done on day 2 of periods.

Revert back with the reports to a childbirth educator online --> https://www.icliniq.com/ask-a-doctor-online/childbirth-educator

|
Related Questions:
Could delayed periods be a sign of early onset of menopause?
How long should I take Meprate for prolonged spotting?
Had taken Meprate for delayed period. Still, is there any chance of pregnancy?

What is the use of Meprate Tablet 10 mg?

It has Medroxyprogesterone acetate which is a female hormone used for the following purposes:

Is Meprate Tablet safe to use when pregnant?

No, use of Meprate during pregnancy can cause complication to the fetus like abnormality of organs, toxicity, unwanted hair growth in a female baby.

Is it advisable to use Meprate tablet for irregular periods and excessive uterine bleeding?

Yes, the major indication of these tablets involve the above conditions and is known to successfully induce periods.

Is Meprate Tablet safe while breastfeeding?

Meprate has not shown any side effects to the baby when taken during breastfeeding. It is normal to not have periods during lactation, hence, it is advised not to take any medication to induce periods. For contraception, you can go with regular oral contraceptive pills, which will induce periods when you stop them at the end of the cycle.

What is the time period required to consume Meprate tablet in order to get the desired effect?

Usually, the dosage preferred is twice daily for five days. But, it is always better to consult your physician or gynecologist before consuming it.

How many days do I need to wait after taking Meprate to get my periods?

You can wait for a week to 10 days to check if you get your periods. Otherwise, you will have to repeat the dose based on a doctor ’s prescription.

What are the side effects of using Meprate?

Yes, it can. You can start taking it two days prior to your expected period and continue till you intent to delay periods but once stopped, it will cause heavy bleeding with mild pain.

What is the prescribed frequency to use Meprate tablet?

It can be once or twice daily. It differs for every individual and condition. The dosage and frequency are decided by the gynecologist based on the diagnosis and your condition.

Is Meprate tablet taken empty stomach or before or after food?

You can take it either before or after meals but advisable after meals and make sure to take it on a fixed time every day.

Query: Hello doctor, My wife is 23 years old. Two months back she had abortion. After abortion she is taking Folic acid and Ecosprin 75. Last month her period lasted for around 14 days and then doctor gave her Sandoz medication. This month her period date already has passed far off but still she is not hav...  Read Full »

What is the normal level of carbon monoxide in the body after a leak?

Will there be variation in spherical powers in a kid even while wearing glasses?