iCliniq / Answers / HIV/AIDS specialist / Hiv Testing / My HIV test came back negative at eight weeks. Am I all clear?
ADVERTISEMENT

Q. My HIV test came back negative at eight weeks. Am I all clear?

Answered by
Dr. Sushil Kakkar
and medically reviewed by iCliniq medical review team.
This is a premium question & answer published on Dec 14, 2017 and last reviewed on: Oct 12, 2022 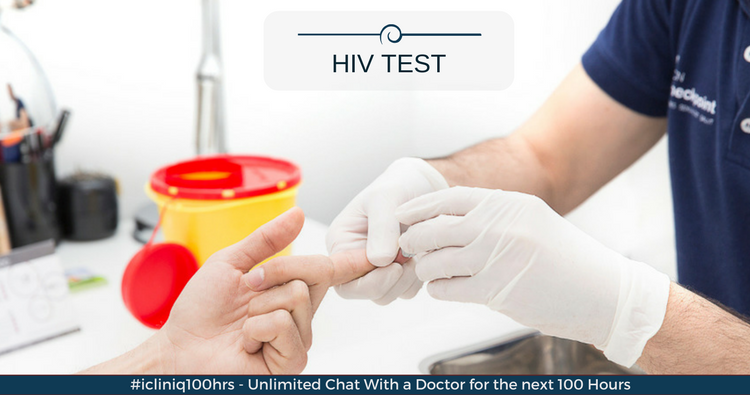 I would like some advice, please regarding HIV testing. 10 days following a sexual encounter, (protected penetrative sex, unprotected oral sex) I was tested at my local GUM clinic. Although the lady from my encounter tested negative, mine came back as weakly reactive (fourth generation test). I retested which was now 21 days from the encounter and the result was exactly the same. The clinic sent some blood away for a viral load test which came back as negative/undetectable. Four and a bit weeks (eight weeks since the initial encounter) later, I returned for the follow-up blood test which, as I was advised, was weakly reactive again. This time the clinic sent some blood to a lab abroad for a confirmatory test which came back negative. What are your thoughts on this? Given that my results from the fourth generation test are the same over an eight-week period and viral load negative and whatever test they did abroad was negative should I be considered all clear? I cannot seem to shake this doubt that I have.

I have noted your concern.

After an indeterminate or weakly positive HIV screening test (usually due to cross-reacting antibodies), the second confirmatory test should be a different yet more specific test, such as a western blot. Western blot is 99.9 % specific, which means it reliably identifies 999 out of 1000 HIV-negative samples. A negative result on a confirmatory test reliably rules out HIV. So, you are HIV-negative.

Can you enquire what the confirmatory test was? Was it a western blot?

Thank you for the reply.

I hope you can offer me further reassurance as I am going out of my mind with worry and stress still as I have had further tests since my original question. I am unsure what the test method was at the eight-week mark, but as it took seven days I am guessing it was the WB. Please see below my timeline of tests and results:

A couple of further questions, if I may. Given that the private clinic I went to after five months were able to do a confirmatory test the same day as the standard test, does this rule out that they used a WB test? I was under the impression that a WB is much more labor-intensive and took several days. Can I really feel confident in my negative status if after a negative Rapid-INSTI a more thorough lab test came back as indeterminate?

What is the frequency to do HIV testing while taking PEP?

Impact of COVID-19 on Female Sexual Health
Women have been affected and still face the consequences of Coronavirus on their sexual health. Read more about the impa...  Read more»Carpal Tunnel Syndrome in Pregnancy
Carpal tunnel syndrome in pregnancy occurs when a nerve supplying the hand is compressed at the forearm level due to the...  Read more»Breaking the Link-Irritable Bowel Syndrome and Bacterial Overgrowth
A surplus of bacteria in the intestine causes irritable bowel syndrome (IBS). Read the article below to know more about ...  Read more»