Q. Following RCT and crown, my gums are swollen. Why?

Answered by
Dr. Nupur Prashant Shah
and medically reviewed by iCliniq medical review team.
This is a premium question & answer published on Aug 24, 2016 and last reviewed on: Oct 09, 2018 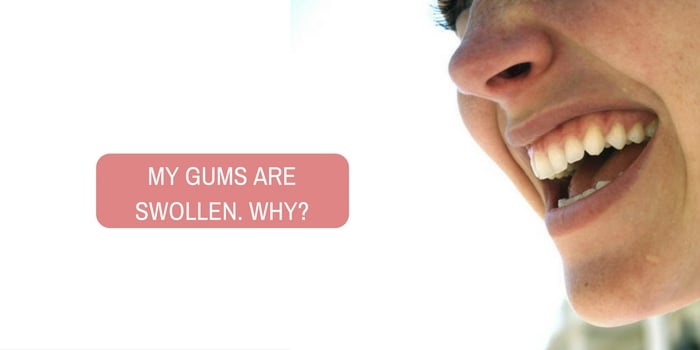 I had a root canal performed before four months and a gold crown was fitted before two months. The tooth number is 14. The tooth had a crack in it a few years ago and finally became irreversibly inflamed and required a root canal. My tooth is still sensitive to pressure while chewing and the gums between tooth 14 and 13 continues to be painful while flossing. Sometimes, the gums between those two teeth will bleed slightly while flossing. I also have occasional gum inflammation on the side that is towards the inside of my mouth. There are no open contacts visible on the crown and the dentist has taken x-rays to make sure that there is no cement stuck in the gums. The pain went away once after he did some scaling and cleaning, but returned in a few days. Could the current pain be caused by food getting stuck? I am keeping the tooth very clean with daily brushing and flossing. Occasionally, I will brush the tooth with some Listerine to keep it infection free. I am wondering whether the crown fitted badly. I am currently taking Cefadroxil. Thanks for any advice.

I have gone through your query and understand it.

Related Questions:
I have yellow stains in my teeth.May I use whitening toothpastes?


Thank you doctor, May I use whitening toothpastes available in the market ... The stains in your teeth are intrinsic stains, which means staining is inside your tooth structure ...   Read full

Can root canal treatment be done on a small kid?

I got an X-ray done for tooth pain and sensitivity. Kindly explain.


The second molar seems to have developed secondary caries which seem to approach the pulp (not fully though) which might be the cause of pain ...   Read full