Answered by
Dr. Arul Amuthan
and medically reviewed by iCliniq medical review team.
This is a premium question & answer published on Apr 16, 2019 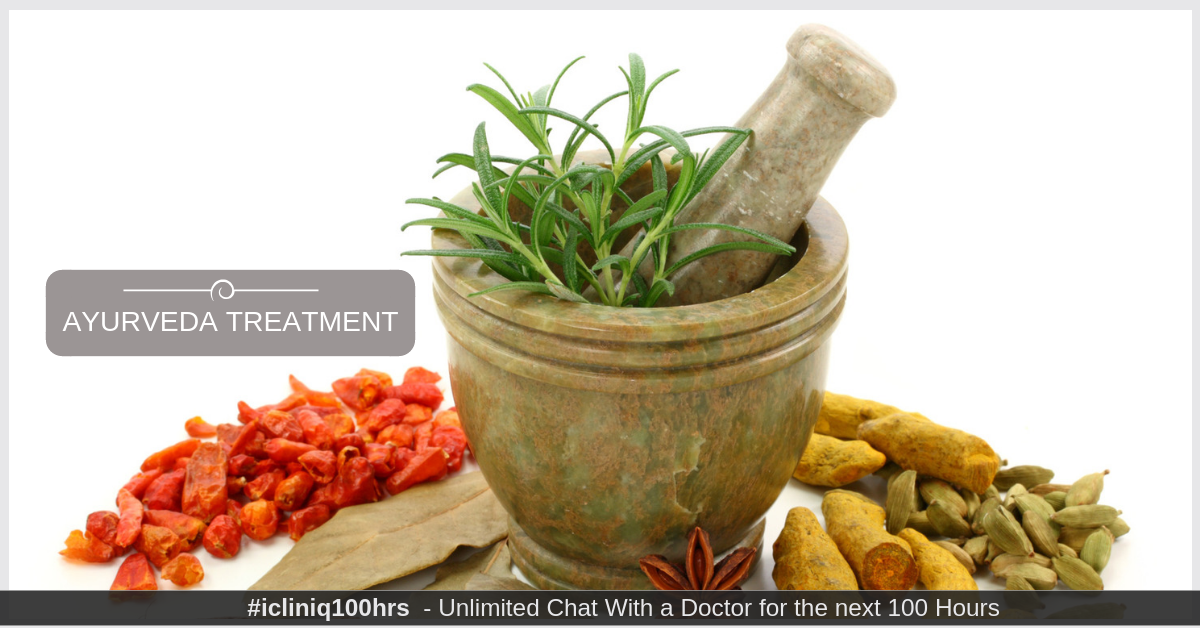 I am a 27-year-old female. Three years ago, I underwent myomectomy, and a large fibroid was removed. After that I was fine. For the past one month, I have bleeding with pain. Now the scan has shown more than three intramural fibroids. There is a fibroid which is large measuring 40 x 35 mm. My uterus is healthy in all the aspects. My thyroid test was also normal. Please suggest some Ayurvedic medicine to reduce my fibroids.

You can take a banana flower after cooking, and jamun fruits can be consumed more if the bleeding is more. If you can collect the bark of jamun tree, then its kashayam is the best one to stop the bleeding. Make it as small pieces of the bark. Take 20 grams of the cut barks, add 250 ml of water, and boil it in a mild flame. Once the water is reduced to 100 ml, then stop firing it. Filter it, and this is called as jamun bark kashayam. Drink this kashayam every morning.

Similarly, prepare a new one every day and drink in the evening before taking food. You can make together in the morning itself. Continue these drugs for three months. Then, take an ultrasonogram of the abdomen to confirm the reduction in size.

Thanks a lot doctor.

How will a 7 mm uterine fibroid impact my life?

Query: Hello doctor, I am a 28 year old female, and today I went for an ultrasound scan of the abdomen, as advised by my family physician. My test report shows small hypoechoic lesion of 7 mm in the fundus myometrium. It is indicative of a fibroid, and my endometrial thickness is 7 mm. What is the meanin...  Read Full »

Query: Hi doctor,I have a fibroid of 9.6 × 6.9 cm. It is an intramural fibroid. I have heavy bleeding and back pain during my periods. I also have PCOS. I am taking Rasagandhi mezhugu. What medicine should I take along with Rasagandhi mezhugu for fibroid? Since the size of my fibroid is big, please give m...  Read Full »

I have submucosal uterine fibroid. Will it affect my pregnancy?

Query: Hi doctor, I am a 30 year old woman. I was healthy and normal. But before two months, I was detected with a 2 cm x 1.8 cm x 2 cm submucosal fibroid in the uterus due to which I am feeling very dejected now. Please guide me.  Read Full »

Can naked body to body massage spread HIV?
Hello doctor, I recently had some business trip during which I had some naked body to body massage wherein massager vag...  Read more»Are COVID-19 Patients Infectious for up to 90 Days After Recovery?
There have been reports of recovered COVID-19 patients getting reinfected and testing positive for almost 3 months. Read...  Read more»Crohn's Disease
Crohn's disease causes inflammation of the digestive tract, which results in symptoms like severe diarrhea, stomach pain...  Read more»