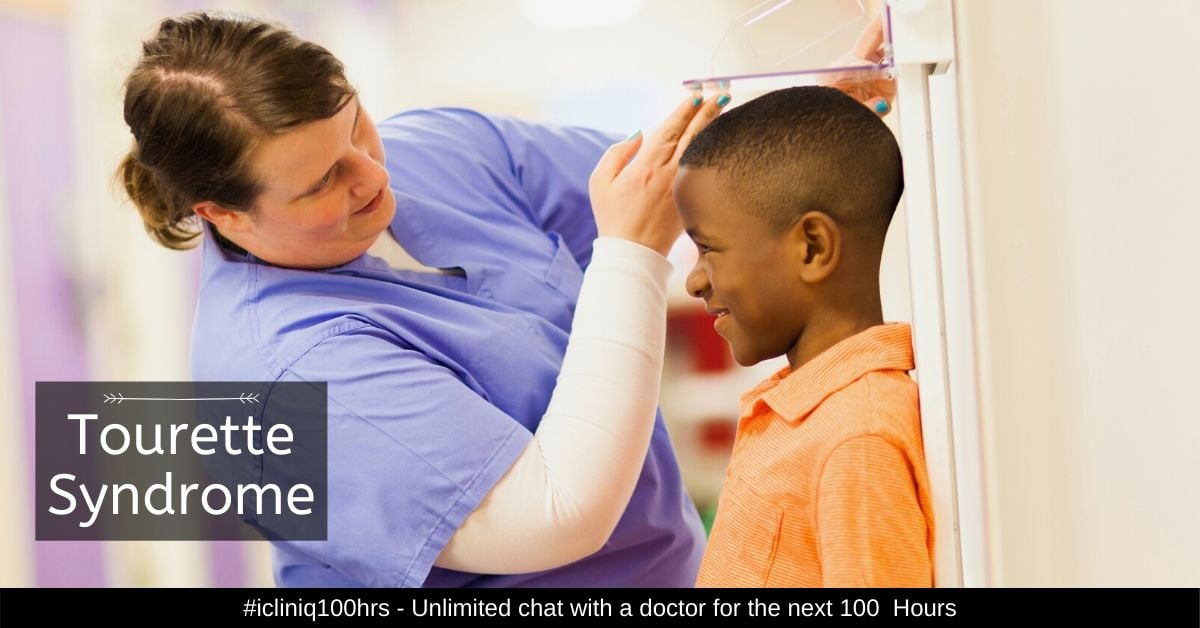 What Is Tourette Syndrome?

Tourette syndrome is one of the tic disorders, which is a group of neurological disorders that make a person perform involuntary repetitive movements or tics (vocal outbursts). What causes this syndrome is still not clear. Actions like repeated eye blinking, making unusual sounds all of a sudden, sniffing, grimacing, shoulder or head movements, which cannot be controlled easily, are commonly seen in this syndrome. They usually start at around 5 to 10 years of age, and mostly in children who are 6 years of age. Boys are more susceptible than girls.

Tourette syndrome was named after Dr. Georges Gilles de la Tourette, who was a French neurologist who described this condition first on a french noblewoman in 1885. As of now, treatments are available for this syndrome, but there is no cure. If the tics are not severe, then treatment is not necessary, as they usually lessen and can be controlled when the child crosses his or her teen years.

The National Institute of Neurological Disorders and Stroke (NINDS) estimated around 200,000 people in the US experience severe symptoms of this syndrome. And around 1 in 100 people show milder symptoms.

What Are the Types of Tics Seen in Tourette Syndrome?

The two types of tics are:

These tics can either be:

What Are the Symptoms of Tourette Syndrome?

Symptoms occur between 5 to 10 years of age, and they vary from one patient to another.This syndrome starts with small motor tics in the head or neck, which then appears in the trunk and limbs.These tics worsen during periods of excitement, anxiety, and stress, and improve when you are calm or doing some activity.

Examples of motor tics include: 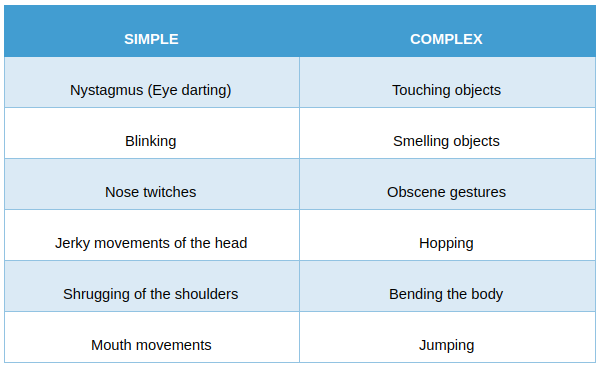 Examples of vocal tics include: 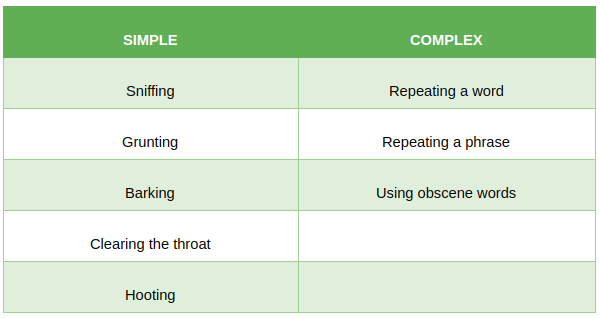 In most patients, these tics decrease during early adulthood or might disappear. But in some rare cases, the tics become worse as they age.

Tourette syndrome is believed to be caused by abnormalities in the electrical responses and other parts of the brain. The exact cause is not known, but as the basal ganglia control the motor movements, any abnormality in it might result in TS. It is also hypothesized that problems in neurotransmitters, which are chemicals that transmit nerve impulses, can also cause this. The common neurotransmitters include Dopamine, Serotonin, and Norepinephrine.

As the cause is not known, this condition cannot be prevented. Some scientists believe that a genetic defect might cause it, and working towards identifying the responsible genes.

How Is Tourette Syndrome Diagnosed?

Because the cause is not known, there is no specific test for TS. Your doctor might diagnose this condition based on the signs and symptoms. The criteria used are:

The signs of Tourette syndrome are often overlooked, as they can mimic other conditions. For example, sniffing can be due to allergies, and eye blinking due to eyesight problems. To rule out other causes of your symptoms, the doctor will suggest blood imaging tests to rule them out.

The other conditions that are often associated with TS are:

How Is Tourette Syndrome Treated?

Your therapist might also try psychotherapy, which includes hypnosis, relaxation techniques, meditation, and deep breathing exercises. Group therapy might be helpful, as you will be with people of the same age who are also suffering from TS.

There is no medicine to cure TS. But to relieve symptoms, your doctor might prescribe the following drugs like:

It is a type of neurological therapy used for people with severe tics. Here, the doctor implants a device in the brain, which helps stimulate the parts that control movements. Its use for TS patients is under investigation.

Talk to a doctor about the risks and benefits of various treatment options before you try it. As mentioned earlier, the symptoms of most patients improve during late teens or early adulthood. And for some, the symptoms may stop suddenly. TS does not affect the person’s intelligence or life expectancy but can result in depression, panic attacks, and anxiety. Even if your symptoms improve over time, you still might need treatment and therapies to manage these complications.

For more information on Tourette syndrome, consult a doctor now

Do you have a question on Anxiety or Cognitive Behaviour Therapy?