SIDS (sudden infant death syndrome) is the unexplained death of babies younger than a year. Read the article to know its causes, risk factors, diagnosis, and treatment.

Contents
Quick Facts
What Is SIDS (Sudden Infant Death Syndrome)?
Does SIDS Result in Any Symptoms?
What Causes SIDS?
What Are the Risk Factors for SIDS?
How Does a Doctor Diagnose SIDS?
Is There Any Treatment for SIDS?
What Can Be Done to Reduce the Risk of SIDS? 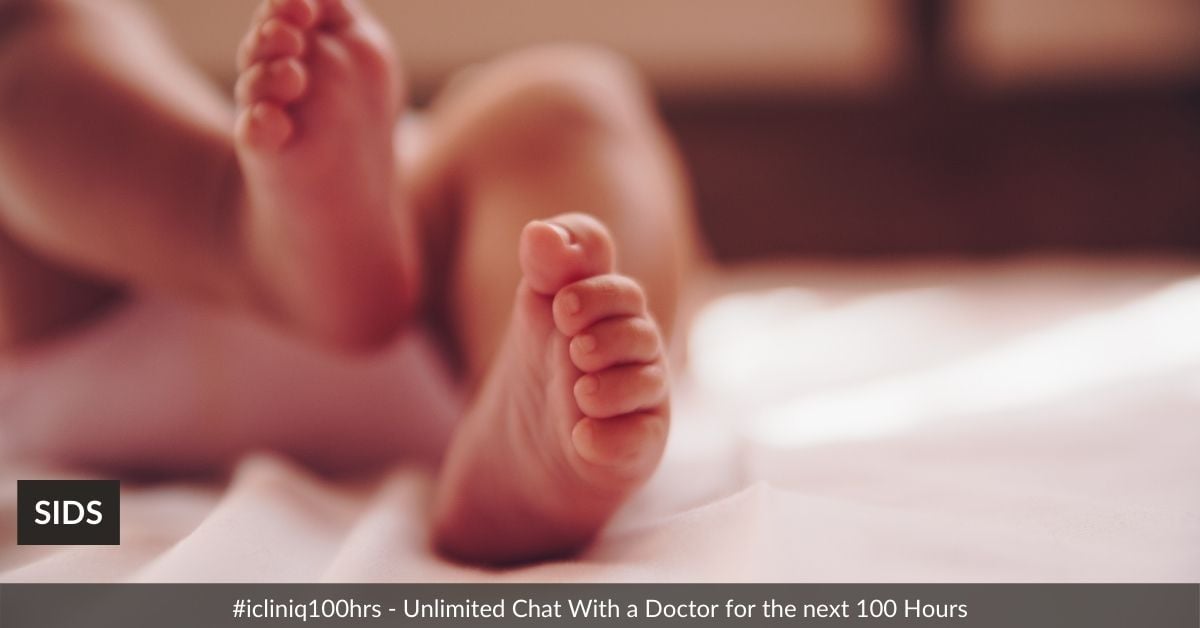 Sudden infant death syndrome, otherwise called SIDS, is the sudden and unexplained death of an otherwise healthy infant, generally during sleep. As most infants die in the crib during their sleep, it is also called crib death or cot death. It can be difficult to find the cause for SIDS. It is thought to be due to defects in the part of the infant’s brain that controls breathing and wakes up the body from sleep.

Doctors and researchers have identified some factors that might be increasing the risk of SIDS, and there are various measures that parents can try to protect their children from SIDS. The most important advice from doctors is to put the baby to sleep on his or her back.

SIDS is rare, but still the most common cause of death of infants under a year old in the US. Babies between the ages of 2 and 4 months are most commonly affected.

Does SIDS Result in Any Symptoms?

SIDS does not result in any symptoms. Babies who are sleeping die suddenly.

Researchers are yet to conclude the exact cause of SIDS. They believe a combination of the following factors might be responsible:

Side Effects of Methotrexate (Anti-Rheumatic) Oral
My mother-in-law takes my newborn to sleep with her. Will SIDS happen to my child?
Is it fine to breastfeed baby three hours after smoking?

What Are the Risk Factors for SIDS?

Apart from the physical and environmental factors, the following factors also increase the risk of SIDS:

Mothers can also increase the risk of their baby dying of SIDS. Mothers who:

Try to avoid as many of these risks as possible.

How Does a Doctor Diagnose SIDS?

There is no specific test to determine that the infant died due to SIDS. The doctor rules out all possible causes of death before declaring the cause to be SIDS. The tests and investigations done by the doctor include:

Is There Any Treatment for SIDS?

Sadly, there is no treatment for SIDS. As there are no symptoms or signs that can alert the parents before the sudden death, nothing can be done. But, there are various ways to reduce the risk.

What Can Be Done to Reduce the Risk of SIDS?

The following tips can possibly help reduce the risk of SIDS:

Coping With the Loss of Your Baby:

It is essential to get emotional support after losing a baby to SIDS. Most mothers feel guilty and grief. Talking to other parents who have lost their children to SIDS also helps. Communicate with your friends, family, or a counselor. Losing a child strains a relationship, so try to be open with your partner. Give yourself time to grieve.

Article Overview: Did you know that your sleeping position and direction can affect the quality of sleep? To know more, read the article. Read Article

Sleeping towards the east or west direction helps to get undisturbed sleep, as the blood circulation is believed to improve in these directions. A good night’s sleep is essential to improve concentration and reduce stress. It is very important as humans spend one-third of their life sleeping, ...  Read Article

Do you have a question on Sids or Sudden Infant Death Syndrome?