Q. What is the reason for my daughter's constipation and stomach pain?

Answered by
Dr. Babu Lal Meena
and medically reviewed by iCliniq medical review team.
This is a premium question & answer published on Mar 27, 2016 and last reviewed on: Dec 27, 2019

My 18 month old daughter has had problems since birth and I am desperate for a second opinion. The history is complicated trying to explain the symptoms but I will do my best. It was detected polyhydramnios in pregnancy. My daughter born at 36 weeks 4 days through emergency C-section due to pre-eclampsia. Her weight was 3070g. NG tube passed three times due to polyhydramnios. We went home on day two. Readmitted on day five for phototherapy. Till 4 months of age, several visits with health visitor and GP for colic like symptoms and constipation. She will scream in pain which opening her bowel and only opening her bowels every four to five days. Over this time they tried Colief, Infacol, Lactulose, Glycerin suppositories, Ranitidine, Gaviscon and Domperidone, nine different formulas and we also tried all common natural remedies for reflux like keeping upright after feeding, etc. No alleviation of symptoms at all with exception of glycerin suppositories which did seem to help the constipation. In 8 months pediatric consultant suggests functional constipation and recommends higher dose of Lactulose and Movicol for 16 weeks. He suggested that we are giving her too many glycerin suppositories and that is making her dependent on glycerin to open her bowels. And so Glycerin was stopped. We delayed weaning whilst waiting for appointment. At this point, her symptoms completely changed to intermittent diarrhea and constipation, bowel frequency increased to once a day, colic like pain and she does not start vomiting until the consistency of the food moves up to a more solid consistency. The laxatives made absolutely no difference. In her 10 months of age the constipation has turned to diarrhea. The doctor is happy that it was functional constipation and discharged her. At 11 months, she had first acute episode of chronic diarrhea and forceful vomiting lasted for 16 days which coincides with the introduction of cow's milk. During 11-14 months of age she was introduced to solid food. Chronic forceful vomiting which does not seem to follow any pattern. A food diary is followed for several weeks and there does not seem to be any consistent non-IgE allergy as a cause. During her 14 months of age we had an appointment with dietician and switched from normal formula to Pepti and then Neocate. Her chronic wheeze disappears overnight but chronic vomiting continues. She troubleshoots overfeeding as a cause. We are feeding her more as she is vomiting. When we did not substitute the feeds she lost weight. So, if she vomited a feed we gave her another one hour later, we fed her small quantities throughout the day to try and prevent vomiting. Again in 15 months consulted her dietician and he suggested definite non-IgE cow's milk protein allergy and to try trial and error with other three common allergies- soy, wheat and dairy. So, then for a month we followed strict elimination of those three. This month she had only Neocate liquid diet plus corn snacks (organix) and one paella meal. Symptoms improved but sporadic forceful vomiting remains. She tolerated only one baby paella meal well which is overcooked rice, very mushy consistency. Now again we attempted to challenge the three foods back in and move beyond this one meal. All attempts were failed. Her reaction to us seems to be much more about the consistency of the food rather than what the food is. She can tolerate a large amount of breadcrumbs, but cannot tolerate a piece of toast. We continue with food diary and there really is no clear pattern which isolates one food. Again in her 17 months age when we consulted her dietician he was unsure whether the symptoms fit FPIES at all and suggests gastro referral. Then she had second acute episode. We went A and E on day five and was sent home with suggestion of gastroenteritis. Chronic vomiting and diarrhea lasted 15 days. She lost 10% of her body weight. Sent home on Neocate as the only diet. But, there is no evidence of gagging, choking or problem swallowing. No fussing or wriggling during feeding. Four months back, her weight was 12.3 kg and now 10.9 kg. Her barium x-ray showed mild malrotation but at MDT it was decided this was not explanation of symptoms. We have recently tried Omeprazole to rule out severe reflux and it made no change. Genetic blood tests, kidney and abdominal ultrasound were normal.

For us her symptoms now are identical to what they were like before the onset of weaning. Again, she is suffering from intermittent colic pain and constipation, but there is no vomiting. She is not sleeping well at all. We have increased her water intake and added Lactulose and the stools are no longer hard, but she still seems uncomfortable. Stools are very dark green. We have tried a couple of solids. She prefers crunchy food. She tolerates corn-based crisps as they basically dissolve into crumbs into your mouth. We tried peas, grapes and she passed all of the peas, grapes and beans completely undigested in her feces. Without solids she does not sleep well at all, because the Neocate just does not fill her up for long enough and so she is screaming all night because she is hungry. So, we tried a few solids and she is still screaming half the night with colic like pain. She is clearly in pain because she is absolutely screaming. She is pretty inconsolable, but the only thing that does relieve it is sucking on something like a bottle of water. She is waking up about every 20 to 30 minutes throughout the night. During the day she still has this colic like symptoms and she is tired and clingy and uninterested in playing. She does tend to have one to two hours a day of good time where she will play happily. One month back we had consultation with SLT. Her elder sister is under SLT.

Revert back with the previous investigation reports to a paediatrician online.---> https://www.icliniq.com/ask-a-doctor-online/paediatrician

Related Questions:
What are my chances of being affected by Barrett's esophagus?


For the past 5 years, I have been suffering from acid reflux along with severe regurgitation and taking tablet Prilosec ... Sometimes, it is acidic, sometimes it is clear or foamy and sometimes w...   Read full


So, if your baby's VSD is small, there is high probability that it will close, and will not usually cause symptoms also ...   Read full

Food gets stuck while entering my stomach. Why is it happening?


Can loss of sperm cause even worse acidity ... Esophagitis and gastritis may be due to many causes, but most common is acid reflux in esophagus ...   Read full 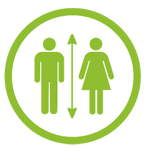 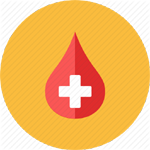