Levetiracetam belongs to the anticonvulsant group of drugs, and is used to treat seizures. As it decreases the number of seizures a person experiences, it is used for partial onset, myoclonic, and tonic-clonic seizures. The common side effects of this drug are weakness, tiredness, dizziness, and aggression.

Can brain development problems in babies result in convulsions?

Query: Hi doctor, My 9 months old baby had convulsions. We feel that he has crossed eyes, neck moving issues and feeling partial seizures during sleeping alone. I also have a doubt whether there is any brain development problem. Currently, he is on Keppra 100 mg/mL, 1 mL in 12 hours and so to be given twic...  Read Full »

Answer: Hello, Welcome to icliniq.com. I am very sorry to hear about this condition. However, I would like to know some details to help you better. Tell me the birth history of the child. Did the child cry immediately after birth? Has the child required to be kept in NICU for any reason (neonatal inten...  Read Full »

What are the side effects of taking Ashwagandha and Brahmi with Levetiracetam?

Query: Hi doctor, I was unconscious for 1 to 1.5 minutes, and my body temperature fell. I made a tight fist during unconsiousness. After that, I had a feeling of vomiting and acidity. At the age of two, I had a fever, and my face became white, and I took medications for 4.5 years. I take one tablet of Tor...  Read Full »

Answer: Hi, Welcome to icliniq.com. There are side effects of every medicine (belonging to every pathies, either be allopathy, Ayurveda, homeopathy). Tablet Levetiracetam also has the own side effects profile, which may happen to a person and may not occur to another person. And every patient does not ge...  Read Full »

Is my daughter's treatment on track?

Query: Hi doctor, My daughter, who is 4 years old, has got cold, cough and viral fever 3 weeks before. After a week of suffering, she was prescribed with Mucolite and Azithral antibiotic five day course of 5 mL one daily. When she was recovering, she started complaining of painful urination and abdomen pai...  Read Full »

Answer: Hello, Welcome to icliniq.com. I do not think you should be worried about anything. According to the urine report, there is no infection. Pus cells above 6 is considered as infection and yours is just 4-6 which is quite normal. Recurrent episodes of cold and fever in this season are common due...  Read Full »

I am having difficulty in sleeping after taking Levetiracetam. Why?

Query: Hello doctor, Since after the holidays last year, I have had a hard time sleeping due to some external factors (light, noise, etc) as well as marital problems. Eventually, it got to the point where my hands started shaking again, I stated feeling numbness in my feet, my eyes move very fast sometim...  Read Full »

Answer: Hello, Welcome to icliniq.com. I would like to know some details of your symptoms: 1. Since when you started to have epilepsy? 2. When you started to take anti-epileptic medicines? 3. Seizure details: What what happens during a seizure to you? Do you get aware of seizure just before it starts? ...  Read Full »

Is my head injury critical?

Query: Hi doctor, My head got injured after some part of a concrete ceiling collapse. CT Scan done and I have attached the reports. I was hospitalized three days. An ENT opinion was taken and also, an audiometry was done. It showed a minor injury in the right ear and less audibility. Now, I have some pa...  Read Full »

Answer: Hi, Welcome to icliniq.com. You are suffering from brain contusions (microhemorrhages) as well as scalp injuries (attachment removed to protect patient identity). This is the cause of the pain and heaviness. You have to take antibiotics, anti-epileptics and painkillers. I suggest the following drug...  Read Full »

Will Levetiracetam for epilepsy result in mood changes?

Query: Hello doctor, I was diagnosed with epilepsy in late 2016, and have been taking Levetiracetam since then (500 mg twice a day). I have been concerned that it is affecting my mental health. I have been experiencing anxiety, depression, irritability, and anger which is very out of character for me. It ...  Read Full »

Answer: Hi, Welcome to icliniq.com. Your assumption is right, Levetiracetam causes behavioral disturbance as a side effect. There are two options now, 1. To taper off the Levetiracetam - if you have not experienced any seizure or aura in the last four years then we can go straight away with gradual tape...  Read Full »

What kind of side effects will Epilex chrono cause in a small kid?

Query: Hello doctor, My daughter is 8 years old and got a stroke for the first time that lasted for 25 minutes. After EEG, we came to know that she had a partial seizure. Doctor prescribed her Epilex chrono 200. Is it fine? She is complaining of occasional headaches for the past two years.  Read Full » 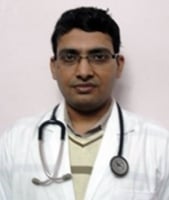 Answer: Hi, Welcome to icliniq.com. Surely, I would like to answer this with my best concerns but for that what actually happened during the event? Did she have involuntary movements like head turning, uprolling of eyeballs, frothing from the mouth, and loss of consciousness? Seizure and stroke are entirely...  Read Full »

Answer: Hi, Welcome to icliniq.com. We usually recommend antiepileptic if someone has two seizures within 24 hours. In approximately 70% cases, we may not be able to identify any specific cause for seizures, for example - infection, stroke, focal cortical dysplasia (FCD) and tumor, as in your case. S...  Read Full »

What are the side effects of stopping Keppra?

Query: Hello doctor, I had a seizure for the first time in my life when I was about 19 years old. The emergency room physician did not do any tests before he put me on Keppra. After I had been put on Keppra, I went to a neurologist who did an MRI and a sleep study. Nothing showed up on either test, but he...  Read Full »

Answer: Hi, Welcome to icliniq.com. I read your query and understand your concern. First of all, I like to share a medical dilemma when it comes to a seizure disorder. When we evaluate for seizure or the number of seizures, the MRI and EEG is often performed. If we get any abnormality, then the diagnosis ...  Read Full »

Is dizziness a side effect of tablet Levera?

Query: Hello doctor, Two years back, I had a left PICA Aneurysm (Posterior Inferior Cerebellar Artery), for which it was coiled. Since then, I am taking tablet Levipil. Right now, I am taking tablet Levera XR 750 mg once daily. Sometimes, when I sit for a long time that too only when I use the Indian styl...  Read Full »

Answer: Hi, Welcome to icliniq.com. Dizziness that you are having is a very normal phenomenon, which occurs in a large number of normal individuals. It may happen while standing from sitting position, because of a relatively low cerebral perfusion (blood supply to the brain) for a few seconds. It is durin...  Read Full »