In simple terms, a scar is a mark left on the skin or tissue after the wound has healed. Read the article to know about the different types of scars and various homeopathic remedies for it.

Contents
Types and Causes of Scars
Homeopathic Remedies for Scars 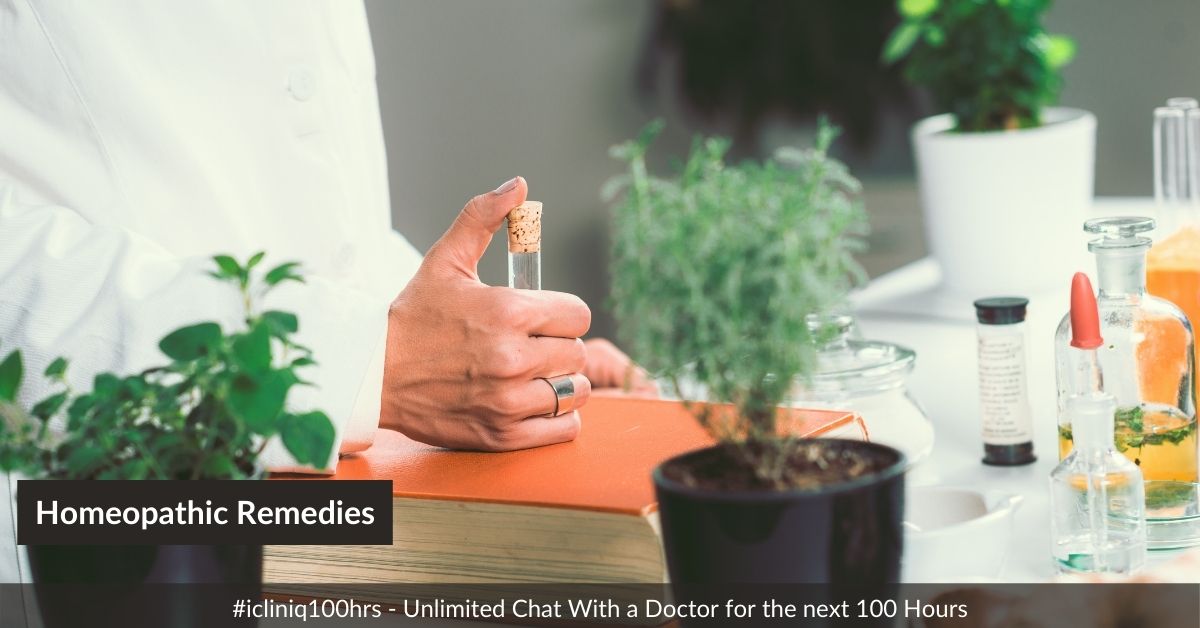 We have heard many times people talking about scars on their bodies. Many people say that I have got the scar due to pimples or after surgery or after pregnancy. Every one gets scar once in a lifetime. Hence it is a common thing and not to get embarrassed. With the advent of technology and science, there are many ways to treat scars.

A scar is basically an area of fibrous tissue that replaces normal skin after an injury or wound. Scarring is basically the normal process of wound healing. Scarring takes place when the biological process of wound repairing starts on the skin or in the tissue or organs. Scar tissue consists of collagen, a fibrous protein that forms when the body repairs a wound. After an injury, surgery, or any infection, when the scar tissue begins to form, it appears as red, raised, and hard to touch. However, over the period of time, the scar tissue flattens, becomes soft, and starts fading. The scarring process might start immediately; however, the time period depends on the type of injury, depth of the wound, and the skin type of an individual. Sometimes it may take more than a year for a scar to heal completely.

Types and Causes of Scars:

Hypertrophic Scar - This is a wide, thickened, and raised scar that usually appears after an injury. In normal conditions, scars do appear after an injury; however, a hypertrophied scar is an abnormal response to an injury, where the body cells start producing large amounts of collagen during the healing process. Hence this scar appears to be raised and thickened.

Keloid - Keloids are very similar to hypertrophied scars. Keloids are firm, hard, and raised growth of scar tissue, which occurs after an injury like after trauma, accident, vaccination, post-surgery, body piercing, or due to acne. If something rubs against this scar, they get irritated and become painful. There is a myth that keloid is a sign of cancer; however, that is not true. They are not cancer, nor they become cancerous.

Related Topics
I have severe acne scars on my chest. Will Vitamin C help?
I have acne marks due to pimples during periods. What has to be done?
Developed with nodular acne on my left cheek. Is this prescription effective?

Burn Scar - Burn scar occurs after the body part gets affected due to fire or hot surfaces. The skin can get burned by accidentally touching hot surfaces or getting scalded due to contact with hot boiling water. Even chemicals, radiation, excess heat, or electricity can cause a burn. Burn kills the skin cells, and hence in response to this damage to the skin, our body starts producing collagen to repair itself. During the healing process, the skin forms scars, which look like thickened and discolored areas. Some of the burn scars are temporary, while some become permanent.

Atrophic Scar - Atrophic scars are basically sunken and pitted looking scar. They occur when the underlying structures like fats and muscles are lost. Hence, the skin is unable to regenerate the underlying tissue. They are commonly seen in severe acne or chickenpox.

Stretch Mark Scar - This type of scar occurs when the skin is rapidly stretched or shrunk as it happens during pregnancy or during sudden weight gain. Due to sudden changes, the collagen and elastin in the skin rupture. Thus, it forms a scar.

There is no specific treatment for getting rid of scars in Western medicine, such as topical ointments, chemical peels, fillers injections, laser treatment, and surgery. These treatments are expensive, harsh on the skin, and invasive.

Homeopathy can offer safe and effective treatment for scars. Homeopathic remedies are prescribed by considering an individual's symptoms, pathology, the severity of the scar, and the person's overall physical and mental condition.

Calendula - This is one of my favorite remedies for treating scars, especially burns. If you apply Calendula ointment or do dressing with Calendula ointment at the burn site, you will less likely develop a burn scar. Calendula can be taken internally in 6c potency twice a day. This will help to prevent scars, rapidly heal wounds, and prevents further infection.

Fluoric Acid - This remedy works well when scars are not properly healed, has ulcerated, and in case of scarring. This remedy suits well in case of a scarring acne.

Arnica - Arnica ointment works well in treating stretch marks, especially caused during pregnancy. I have prescribed this one to many patients and have seen great results.

Graphites - Graphite is the best homeopathic early-stage keloids where the scar tissue is thickened and firm. This remedy is also well indicated in recurrent acne. The proper implementation of this remedy in acne can prevent scarring and pitting.

Many people use other natural, home remedies, and supplements for treating scars. For instance, olive oil, vitamin E oil, vitamin C, essential oils, honey, etc. These home remedies do help to reduce the scar and make it less noticeable to others. It is worth trying these remedies as well.

Above mentioned are a few glimpses of remedies that are commonly prescribed for various types of scars. However, several other homeopathic remedies can be given for treating scar and related problems. Avoid self-prescription of the above remedies as inconsistent and frequent use of the above treatments may cause unnecessary effects. Hence, I would advise you to seek help from a good homeopath who will walk you towards the path of cure.

What Is Erectile Dysfunction (ED) ED is defined as an inability to get or sustain an erection firm enough for sexual activity. In easy terms, it is a problem where the male partner is unable to keep the erection firm during sex. Having trouble with an erection from time to time is not a cause for ...  Read Article

How to get my acne scars removed?

Query: Hi doctor, I am a 24 year old female. My height is 158 cm and my weight is 50 kg. I have severe acne scars on my face, back, lower back and below the neck. I have pimples on my face. I am using Benzoyl peroxide for the same. I have attached my photos here. My problems also include hair fall, thinnin...  Read Full »

Homeopathy for Dentition in Children

Article Overview: In this article, I will be discussing the role of homeopathy during the dentition or teething process in a child. Read Article

The first appearance of teeth varies from one baby to another. Most babies develop the first tooth between six to 12 months of age. Some babies may not have any teeth by 1 year of age which is completely normal. Usually, babies put their fingers and hands in their mouth at around three to four month...  Read Article

Do you have a question on Homeopathy or Marks & Scars?