Narcissistic personality disorder (NPD) is a psychiatric condition characterized by a lack of empathy and an inflated opinion of self. Read on to know its causes, signs, complications, and treatment options. 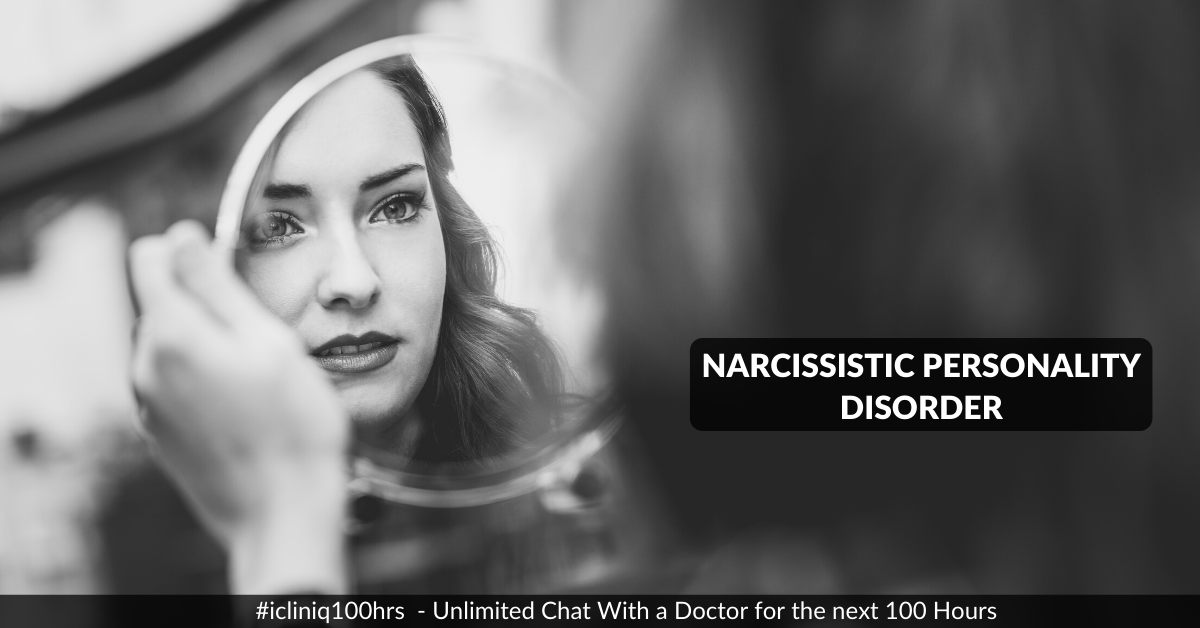 What Is Narcissistic Personality Disorder?

The term “Narcissism” is often used to describe self-obsessed and self-centered people, who are full of themselves. Narcissistic personality disorder, otherwise called NPD, is a type of personality disorder. People with NPD have an extreme need for attention and admiration, an unreasonable sense of self-importance, problematic relationships, and an inability to share others’ feelings. But such people have very fragile self-esteem.

A narcissistic personality disorder affects an individual’s work, relationships, school, etc. When such people are not given special care, attention, and favors, they easily become unhappy and disappointed. Due to their constant need for appreciation and approval, others do not enjoy being in a relationship with them and they find all relationships unfulfilling. Treatment for narcissistic personality disorder centers around talk therapy (psychotherapy).

People with NPD have self-centered and arrogant thinking and behavior, which often makes others describe them as manipulative, demanding, selfish, and patronizing. These patients do not change their behavior even when they notice it is the root of all their problems. They always turn the blame to others and react extremely sensitive to minutest criticisms or disagreements. They view such criticisms as a personal attack.

As people with NPD do not consider themselves mentally ill, treatments have not been well studied. NPD is more common in men than women and affects about 1 % of people at some point in life. This condition was first described in 1925 by the psychoanalyst Robert Waelder, and in 1968, Heinz Kohut coined the term narcissistic personality disorder.

What Are the Signs and Symptoms of Narcissistic Personality Disorder?

The traits or signs and symptoms that a narcissistic personality disorder are:

How Is Narcissistic Personality Disorder Diagnosed?

There is no specific lab test that can diagnose this personality disorder. But your doctor might suggest X-rays and blood tests to rule out other conditions that can result in similar signs and symptoms.

For NPD diagnosis, the patient must show the following criteria written in the Diagnostic and Statistical Manual of Mental Disorders (DSM-5), which was published by the APA (American Psychiatric Association):

What Are the Treatment Options of Narcissistic Personality Disorder?

The treatment options include:

Psychotherapy - Otherwise called talk therapy. Psychotherapy is the most commonly used treatment option for narcissistic personality disorder. The benefits of psychotherapy are:

This therapy often lasts for a short time and helps you manage things during a crisis.

Medications - There is no specific group of medicines that are used to treat narcissistic personality disorder. But your doctor will prescribe medicines, such as antidepressants or anti-anxiety drugs if you show symptoms of depression or anxiety.

What Are the Possible Complications of Narcissistic Personality Disorder?

Some of the possible complications and other conditions that can occur with narcissistic personality disorder are:

Most patients with NPD feel that therapy is not worth their time and often end up quitting. But the important thing to remember is that sticking to your treatment plan is the key. Make sure you attend all your sessions and take all prescribed medicines without skipping them. If you are alcoholic or use drugs or have some other mental health disorder, then get it treated as soon as possible. Stay focused and keep your goals in mind. Remember that you are getting treatment for a reason and only hard work can help repair your relationships.

Is There Treatment for Narcissism?

Psychotherapy or talk therapy is the best proven treatment option for Narcissistic Personality Disorder. This therapy helps understand the condition better, handle the situation and manage crisis situations. Antidepressants and anti-anxiety medications are also proven beneficial to a certain extent.

How Do You Recover From Narcissism?

Recovery from narcissism can be exhausting and challenging, however it is possible. Acknowledgment is the key for a successful recovery. Be patient and practice self compassion and self care for your mind to heal. Take help from loved ones and support groups. Professional help can also ease the recovery.

What Type of Doctor Treats Narcissism?

A psychiatrist or psychologist is a qualified and experienced health care provider to treat Narcissistic Personality Disorder.

Is Narcissism a Mental Illness?

Narcissism is a psychiatric condition in which individuals lack empathy or have a high sense of self importance. They desire public attention and admiration.

How Does a Person With Narcissistic Personality Disorder Act?

Individuals with narcissistic personality disorder have a self-centered behavior with an extreme need for attention and high admiration. They have an arrogant nature and often tend to criticize others. Insecurity, jealousy, feeling of superiority, craving special favors, and always desiring the best of everything are few features of narcissism.

Is Narcissism Hard to Treat?

Narcissism is often difficult to treat because individuals with this disorder often refuse to admit its existence. Hence treating narcissistic personality disorder is a tough and complex procedure that requires patience, acceptance, and time.

How Long Does It Take To Cure Narcissism?

Treating narcissism is a long, complex and tough procedure that may take five to ten years of psychotherapy.

What Is the Root Cause of Narcissism?


Though the exact cause triggering narcissism is unknown, environmental factors such as excessive adoration or criticism by parents, neurological problems, or genetic factors may be responsible for this personality disorder.

Can a Narcissist Change?

A narcissistic personality is a tough and resistant one to change. However, genuine self-recognition and dedicated therapy can help alter their traits and behavior.

How Do You Detect Narcissism?

Narcissism does not have any specific diagnostic tests for detection. Certain behavioral changes like self-centeredness, arrogant behavior, lacking empathy, and envious nature overpowered by fantasies can help identify this condition.

Is Narcissism a Chemical Imbalance?

The answer is very well debatable, as narcissism is a complex interplay between the neurotransmitters and other chemical substances responsible for neurological health.

What Is the Best Treatment for Narcissists?

What Other Disorders Accompany Narcissism?

Depression, anxiety, eating disorder, relationship problems, and substance abuse are other psychological disorders that may be associated with narcissism.

What Happens to a Person After Narcissistic Abuse?

Stress, anxiety, and depression commonly occur as a result of narcissistic abuse. Mood swings, depersonalization, and lack of emotions may also occur after such a traumatic event.

What Are the Long-Term Effects of Narcissistic Abuse?

My friend is an attention-seeker who self harms. What could she be suffering from?

Query: Hello doctor, My query is relating to a friend that seems to have a mental health issue. She is 24 years old, 5 feet 10 inch, and is not currently on any medication. She was previously on medication for depression and anxiety. Her behavior is very concerning and tends to center around attention see...  Read Full »

Article Overview: Anxiety can cause severe chest pain and discomfort, which is often confused with heart attacks. Read this article to know more about this condition. Read Article

Introduction: Anxiety is becoming extremely prevalent in today's time. More and more people are getting affected by anxiety as a result of deteriorating mental health, stressful lifestyle and work culture, and unhealthy food habits. It is estimated that almost 275 million people are affected by anxi...  Read Article

Article Overview: Covert narcissism or vulnerable narcissism is defined as a personality trait of the individual suffering from a narcissistic personality disorder (NPD). Read Article

What Causes a Cancer Lump on the Back of the Head? 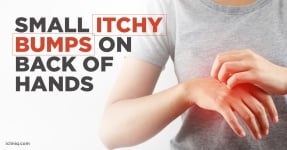 What Causes Small Itchy Bumps on Back of Hands? 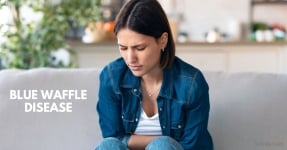 Do you have a question on Anxiety or Psychotherapy?