Down syndrome is a genetic disorder. Read this article to know more about the symptoms, causes, and treatment. 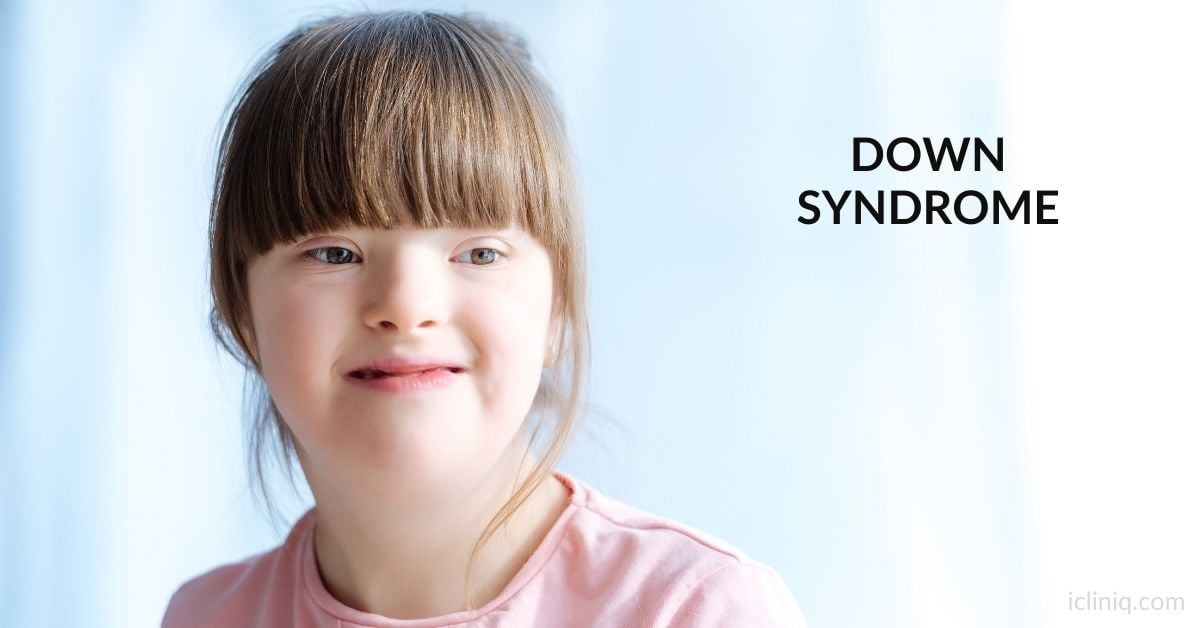 The human body is made up of cells, and in each cell, there is a genetic material stored as genes. These genes carry the codes responsible for all the inherited traits and are grouped with rod-like structures known as chromosomes. Generally, in a cell nucleus, there are 23 pairs of chromosomes, half of which are inherited from each parent. When there is a partial or full extra copy of chromosome 21 in an individual, it is called Down syndrome. It is also called 'trisomy-21 syndrome' or 'mongolism'. It is caused by advanced maternal age, uterine and placental abnormalities, and chromosomal aberration.

What Are the Researches Done for Down Syndrome?

For many centuries, people with Down syndrome have been mentioned in art, literature, or science. In the nineteenth century, John Langdon Down, an English physician in 1866, published an article on a precise or accurate description of a person with Down syndrome. He was recognized as the "father" of this syndrome. Although many people described this syndrome, he was the first to describe the condition as a distinct and separate entity.

What Are the Types of Down Syndrome?

In Down syndrome, usually, there is an error in cell division that is called nondisjunction. This results in the embryo with three copies of chromosome 21 instead of two. Before or during conception, a pair of 21st chromosomes in either the sperm or the egg fails to separate. As a result, when the embryo grows, the extra chromosome is replicated in every cell of the body. This type accounts for about 95% of all the cases.

Mosaicism (or mosaic Down syndrome) is when a mixture of two types of cells. Some have the usual 46 chromosomes, and some have 47. Those cells having cells with 47 chromosomes contain an extra chromosome 21.

In Down syndrome, mosaicism is the least common type and accounts for only about 1% of all cases. According to research, individuals with mosaic down syndrome have fewer down syndrome characteristics than those with other types of Down syndrome. However, with a wide range of abilities, broad generalization is not possible in people with Down syndrome.

What Are the Causes of Down Syndrome?

The exact cause of the extra full or partial chromosome is still unknown. The only factor might be the maternal age that might be the chance of having a baby with Down syndrome resulting from nondisjunction or mosaicism.

There is no definite evidence indicating that parents' environmental factors or activities cause Down syndrome before or during pregnancy.

What Are the Symptoms Seen in Down Syndrome?

How Is Down Syndrome Diagnosed?

Two kinds of tests can be performed before a baby is born; screening tests and diagnostic tests.

Screening Tests: These tests do not reveal whether the fetus has Down syndrome; they only provide a probability. These tests involve a blood test and an ultrasound (sonogram).

Diagnostic Tests: These tests provide a definitive diagnosis with almost 100% accuracy. This involves chorionic villus sampling (CVS) and amniocentesis. These procedures carry up to a 1% risk of causing a spontaneous termination, that is, miscarriage. Amniocentesis is generally performed in the second trimester of pregnancy between 15 and 20 weeks of gestation, CVS is performed in the first trimester between 9 and 14 weeks.

It is identified by the presence of certain physical traits: an upward slant of the eyes, a single deep crease around the palm of the hand, a slightly flattened facial profile, and low muscle tone. Since these features may be present in babies without Down syndrome, a chromosomal analysis known as karyotype is done to confirm the diagnosis.

How Is Down Syndrome Managed?

As of now, there is no specific treatment for this syndrome, and many of the patients died during the first year of life.

What Is the Impact of Down Syndrome on Society?

Nowadays, individuals with Down syndrome are becoming more integrated into communities and organizations such as schools, health care systems, workforces, and social and recreational activities.

If your child is suffering from any related symptoms, call a doctor online.

Article Overview: Malabsorption syndrome is a group of condition where the small intestine is unable to absorb enough nutrients into the bloodstream from the food that you eat. It causes excessive defecation, nutritional deficiency, and gastrointestinal symptoms. Read Article

Overview Malabsorption syndrome is a group of condition where the small intestine is unable to absorb enough nutrients into the bloodstream from the food that you eat. The nutrients that the small intestine has problem absorbing are macronutrients like proteins, carbohydrates, and fats, or micronutr...  Read Article

Article Overview: Metabolic syndrome is a set of risk factors that occur together, which increases the likelihood of an individual getting heart disease, stroke, and type 2 diabetes. Read Article

What is Metabolic Syndrome? Metabolic syndrome is a set of risk factors that occur together, which increases the likelihood of an individual getting heart disease, stroke, and type 2 diabetes. These risk factors include: High blood pressure. High blood sugar. Excess body fat in the wai...  Read Article

Article Overview: Women are always said to be complex. It is because of the hormones that are taking a roller coaster ride throughout the month. Read the article to know about premenstrual syndrome. Read Article

What Is Premenstrual Syndrome? Premenstrual syndrome is a term used to collectively describe a group of physical and emotional symptoms seen in women in the days leading up to the periods. These symptoms often occur after ovulation and subside with the arrival of periods. In some women, the symptoms...  Read Article

Do you have a question on Down Syndrome or ?