Answered by
Dr. Naval Mendiratta
and medically reviewed by iCliniq medical review team.
This is a premium question & answer published on Jul 21, 2018 and last reviewed on: Oct 05, 2020 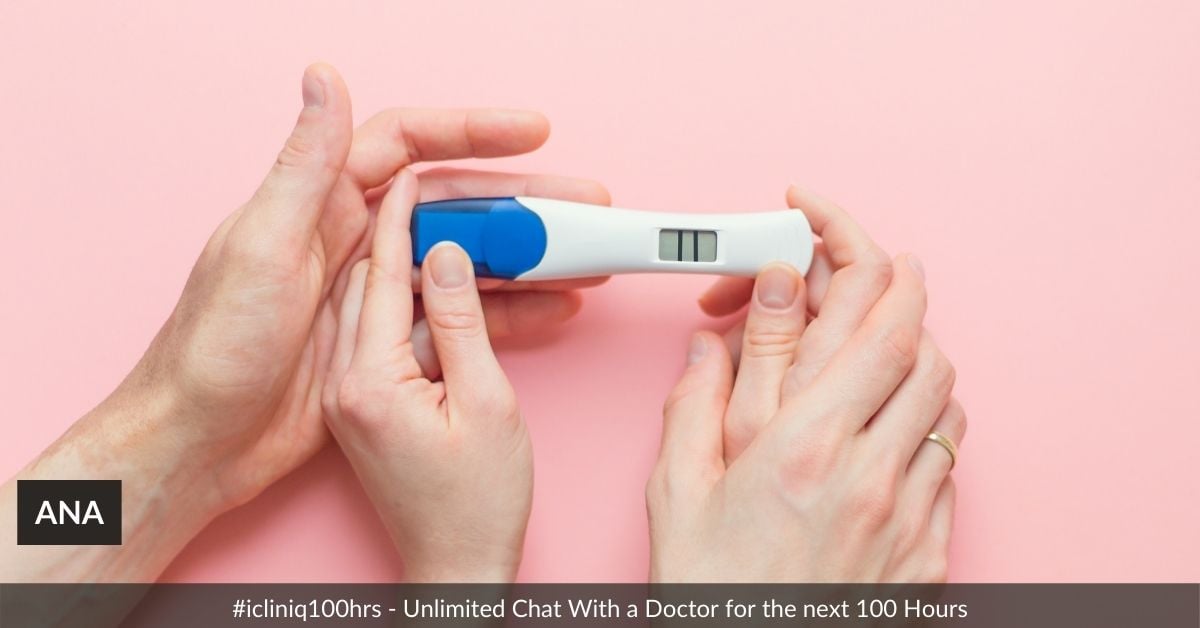 My daughter had a little girl four years ago. About three months postpartum, she fell down a flight of stairs injuring her back. At the same time, she had a very bad cold. When her back continued to give her pain after seeing the orthopedist, she went to a neurologist. Her blood work showed an ANA of 640 and a positive anti-DNA number. She was told that she was a candidate for developing lupus. Since that time she had seen a series of rheumatologist as her ANA has remained positive, rarely 320 but generally 180. He just went for a routine rheumatology and her ANA is negative as is her anti-DNA number. Of course, she is elated, as she and her husband have wanted a second child badly. They have been afraid however because of the risk of her developing lupus, especially afraid of becoming disabled as she already has one small child who needs her care. She has also been told that the offspring of women with positive ANA with potential lupus may have children with a higher incidence of autism, another great fear in this generation.

She is now very confused about how to proceed in terms of getting pregnant. On one hand, it feels like she may have dodged a bullet - and if so is there any sense in running after the bullet? On the other hand, she is trying to think positively that this may be a window during which a pregnancy might be safe. There seems to be a rise in autoimmune disorders in general, especially among childbearing age women. She is a 35 year old professional. Of course, pregnancy is a hormonal firestorm and she is afraid that it will reignite lupus. On the other hand, she and her husband desperately want a second child. In your experience, once an individual who had previously tested positive ANA for four years goes to a negative status, is it likely they will remain there? Would you advise against the pregnancy? In your practice have you seen the offspring of ANA positive having a greater incidence of neuro-developmental disabilities like autism? (she was never positive for that congenital lupus marker). Do you think it is likely that the pregnancy would put her at greater risk for developing lupus either now or in the future?

Yes, there have been cases where ANA once positive becomes negative towards the later part. Initially, it may have been induced by pregnancy or any infection but over course of time, it becomes negative. As for your friend, I would suggest we do ENA (extractable nuclear antigen) profile and antiphospholipid work up before she plans for next pregnancy. This will give us a clear idea if she has any other antibodies apart from ANA which can trigger underlying lupus. If they are negative she should be fine to go with it.

But yes, with pregnancy it is difficult to predict if she will develop lupus or any other disease for that matter. But lupus in itself is not a contraindication for pregnancy. And there are no risks of autism in such patients. ANA is a mere antibody which can come positive in thyroid patients or you can even see in 5 % of the normal population without causing any symptoms. So to conclude, if her ENA is negative and antiphospholipid is negative we should not focus too much on just ANA. But yes, we cannot deny the little risk any pregnant female carries for developing new diseases. So if they really want we should not stop them. Hope the information was useful.

You mentioned thyroid. Is positive ANA associated with thyroid problems? Her thyroid functioning is normal but during last pregnancy it was low, and she took a low dosage of Levothyroxine, which after pregnancy returned to normal. Could this have triggered positive ANA? In your experience and in the research literature, is an individual with a previous positive ANA taking a chance that pregnancy will trigger positive ANA again? She feels that now that it is negative it is not like she will get lupus. Will pregnancy significantly increase that risk? More than it would in a normal woman? This month testing showed antiphos also gone negative. Thank you.

Firstly, we need to understand that not all ANA are pathogenic. That is, if ANA is positive, it does not mean you will have lupus or any disease. It can be false positive in 10 percent patients. It can be positive in thyroid, diabetic, or lot of other problems or it can be just positive without any symptoms.

As for thyroid in pregnancy, it can fluctuate a lot. So need not be a disorder as she is not on long-term treatment for it. So, as such, it is tough to say the risk of pregnancy causing lupus because that can happen with anyone. But if it is negative she should be fine to go with pregnancy. Not all ANAs convert to lupus.

Do let me know if more queries.


Hi doctor, I am 27 years old. I have a 5 months baby (cesarean). The baby and I are fine. From day one, he is fit. There is no health issues since his birth. And I did not have any health issues after delivery of our first baby. I got pregnant again...   Read full

Is lupus causing all my symptoms?


Hi doctor, I am 27 years old. I have a 5 months baby (cesarean). The baby and I are fine. From day one, he is fit. There is no health issues since his birth. And I did not have any health issues after delivery of our first baby. I got pregnant again...   Read full