Q. USG at 34 weeks says fetal cavum septi pellucidi width is increased. Should I be worried?

Answered by
Dr. Aishwarya Parthasarathy
and medically reviewed by iCliniq medical review team.
This is a premium question & answer published on Nov 11, 2017 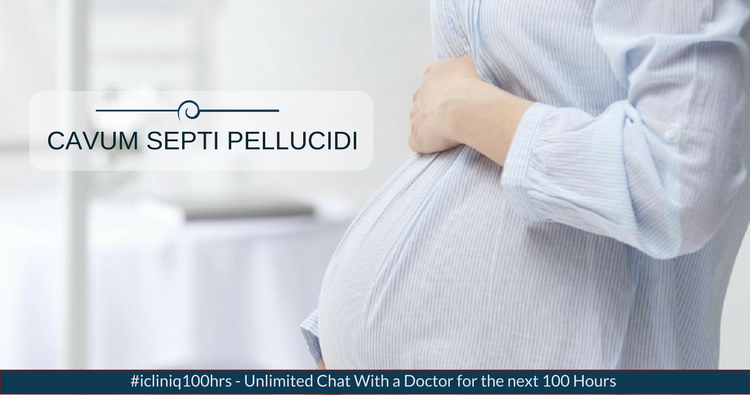 I am 34 weeks pregnant. Until two weeks ago, all the ultrasound reports were normal. The chance of Down's syndrome was 1 in 20000. But, two weeks ago they accidentally noticed a dent on my baby's head and cavum septi pellucidi (CSP) was slightly more than the 2SD. I was told to repeat the ultrasound, and again yesterday they could see the dent, and the CSP was even bigger. The report reads as follows. CSP: 96 mm (85 mm is +2SD for 35 to 36 weeks GA) Bilaterally, very mild indentation of occipital bones is again seen. Prominent CSP measures 8.9 mm (2SD above normal). For 31 to 32 weeks gestation normal CSP is 8.59 mm.  An unremarkable appearance of cerebellum and remainder of the brain for gestational age. Can you help me understand what is wrong with my fetus?

But, do not worry. We can follow up after the child's birth.

Related Questions:
Is there any blood test to detect Down's syndrome in a fetus?


Hello doctor, My wife is three months pregnant, so we went for a scan to check for Down's syndrome and the baby's brain growth ... ...   Read full

Is nasal bone length an indicator of Down's syndrome?


As the other markers and the nasal bone length are normal, the chances of Down's syndrome are negligibl...   Read full

What is the risk of Down's in my wife's double marker report?


In your case, although the risk based on serum markers is high, the combined risk taking into account the age, NT, and the markers is still below the cut-off ... To explain you the report in plai...   Read full