Answered by
Dr. Jimesh H Mavani
and medically reviewed by iCliniq medical review team.
This is a premium question & answer published on Nov 10, 2018

I am 35 years old. My period was a month back. It sustained for four days. I generally use 3 to 4 pads in my periods. I had sex 10 days later. On the very next day, I had two Ovral G at around 9 AM and there after 12 hours again two Ovral G tablets. I noticed my period 12 days later, though it lasted for four days, the period was less and usually, my period happens four days earlier. In this month, it was six days earlier. I did hCG beta blood test. I am sending you the report. Can I be pregnant or conceive? Please advise because I want to abort. I am an unmarried woman. Can the blood test be wrong? What laboratory test I should do to get to know whether the fetus is there beyond uterus (ectopic pregnancy) as I m 35+. When should I go for ultrasound vagina testing to get the true picture? After that I did not have any sex, so then again can I be pregnant and that could not be detected now and can be detected on later?

The test result is <0.10 (attachment removed to protect patient identity) which means it is negative and you are not pregnant and your period was six days early this time. nothing else. Do not worry much. And if you still have doubt then do urine pregnancy test weekly for two weeks and if negative then there is no chance of pregnancy. Negative means a single line and positive means double line. You have to see the result within five minutes. No need to go for an ultrasound now. Do drink more water and be happy. There is no pregnancy as Ovral G (Norgestrel and Ethinylestradiol) has worked this time.

So, due to Ovral G intake, my period was just spotting because there are instances in my family even after three months period, they got pregnant. Is Ovral G a contraceptive?

If a pregnancy was there then it should come positive within 20 to 25 days maximum after intercourse because it is not possible for pregnancy to grow after that. And yes, Ovral G even can disturb your regular cycle and increase and decrease your flow during menses. Yes, it is contraceptive and you can take two tablets together for an emergency.

Thanks a ton, but in case, if I wanted to go for an ultrasound vagina when can I go? And in case of ectopic pregnancy what is the procedure? To do the lab test? Can the blood test be wrong?

If the pregnancy was outside uterus than also test must come positive. hCG <0.10 means no pregnancy. You can do ultrasound within five days which can be abdomen and per vaginal if you insist. But it will come as normal if hCG is low and urine pregnancy test is negative. The results of the blood test depend on laboratory but 99.99 % times it cannot be wrong if done in a proper laboratory.

In case of ectopic pregnancy mostly will have to remove tube laparoscopically. There are medical options but the results are not sure. It is a secondary thing and do not worry you do not have any pregnancy or ectopic pregnancy. Do urine pregnancy test once a week for two weeks and if they both turn out to be negative then forget everything.

Thank you so much.

Take care and do not worry.

Related Questions:
I had withdrawal bleeding six days after taking ipill. When can I expect my next period?


.. have taken the emergency contraceptive pill within 72 hours of intercourse, there is no chance of pregnancy. The delay could be due to hormonal changes caused by the pill. And, the spotting which you had was withdrawal bleeding. However, if you ar...   Read full

Does a contraceptive pill affect periods?

Can taking two I-pills within a span of two weeks cause delayed periods?


.. read and understood your problem. Period starting early is due to effect of I-pill. You do not need to do anything. But, if you have taken two I-pills in two weeks for contraception, then it is better to continue with Femilon (combination of Desog...   Read full 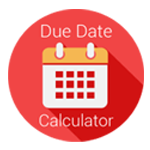 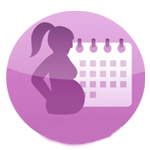 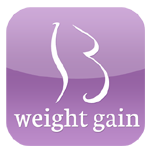 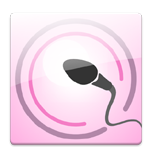