Pain and Its Management in Orthodontics

Pain is one of the most common complaints and reasons for lack of compliance in patients undergoing orthodontic treatment. However, managing and preventing pain during orthodontic procedures are mostly ignored by practitioners during treatment planning. By understanding the cause of the pain and implementing the various methods of alleviating it, the treatment can be made more comfortable and thereby achieving the best possible results. 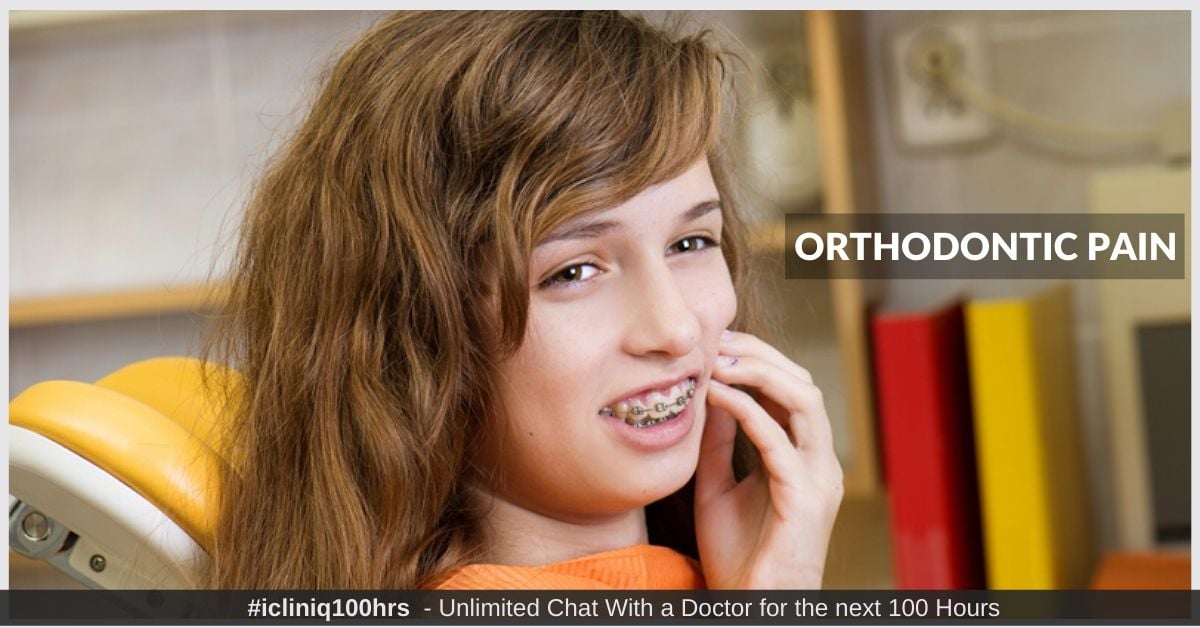 Pain is an unpleasant and emotional experience associated with or without tissue damage.

Nerve conduction - It is the self propagated passage of an electrical current along the nerve fibers. The conduction of an impulse depends on the electrical potential that exists across the nerve membrane. The nerve cell membrane is a thin elastic covering composed of a layer of lipid between two layers of protein.

Some of the chemicals that are believed to be the neurotransmitters of pain are:

The Biological Basis of Orthodontic Therapy:

Tooth movement is essentially a PDL (periodontal ligament) phenomenon. The fibers of the PDL are arranged in such a way to resist the extrusion of the teeth under masticatory forces. The response to sustained force against the teeth is a function of force magnitude.

Lighter forces are compatible with the survival of cells in the PDL and a remodeling of the tooth socket by a relatively painless ‘frontal resorption,' which is good for orthodontic treatment. Heavy forces lead to rapidly developing pain, necrosis of the cellular elements in the PDL, and the phenomenon ‘undermining resorption’ of alveolar bone near the affected tooth, which is bad for orthodontic treatment.

The causes of periodontal pain are pressure, ischaemia, inflammation, and edema. Immediate pain response is due to the compression of the PDL during archwire placement. Delayed response, which occurs a few hours later, is due to the hyperalgesia of PDL.

Perception of Pain in Patients Undergoing Treatment - Patient discomfort with fixed appliances is associated with placement of archwires or separators. First signs of pain are seen approximately 4 hours within the placement of wires or separators. Discomfort peaks about 24 hours, and decreases in about 7 days. Placement of separators causes pain in posterior teeth and the archwire placement causes pain in the anterior teeth. Pain correlates with the presence of Substance P and Prostaglandins in the PDL.

A) Depending on the Degree of Pain Perception -

B) Based on Time of Onset -

Orthodontic Procedures Which May Lead to Pain:

1) Separation of Teeth - Banding of the teeth is the first step in fixed orthodontic treatment. For which, space is created on either side of the tooth, and it is a well-known fact that this results in a painful experience in most patients.

2) Placement of Arch Wire and Activation - This is one of the major causes of pain. Pain duration starts after around 4 hours of placement and generally peaks around 24 hours of activation, and lasts for 2 to 3 days, and then gradually decreases in its intensity around the fifth or sixth day. A diurnal variation in pain experienced by patients with evening and nights.

3) Application of Orthopaedic Forces and Expansion of Arches - This force leads to tissue displacement, deformation, and development of internal stress characterised by traumatic tears, exudates, death of fibroblasts, disruption of collagen fibres, and acute inflammation. Inflammatory process which gives painful sensation to patients, and is expressed in the whole craniofacial region. The pain decreases sharply after around 3 days. It is experienced during headgear wear.

4) Debonding Tooth Mobility and Force Application - These are the two important influencing factors for pain during the debonding procedure. There are various studies which suggest that applying intrusive force during debonding causes less pain and discomfort as compared to mesial, distal, lingual, extrusive, or outward direction. Also, asking the patient to bite on a cotton roll or applying finger pressure can minimize the intensity of pain.

Orthodontic Pain and Their Effect on Patient Compliance:

Discomfort caused by orthodontic appliances may significantly affect patients’ compliance with treatment. Pain is the major reason for avoiding use of elastics by patients, maintenance of oral hygiene, and premature termination or incomplete follow up of the treatment. It is a well-known fact that an individual’s ‘Physiological and Psychological Susceptibility’ is a significant factor in the intensity of tissue discomfort and is caused by the physical effects of appliances on patients mind and body. Hence, discomfort during treatment is not totally because of force only but because of the psychology of the patient also.

Various techniques have been suggested for the management of orthodontic pain, they are:

1. Use of non-steroidal anti-inflammatory drugs (NSAIDs) - The use of pre-emptive or pre-operative analgesics, which are administered at least one hour before every orthodontic procedure has been advocated.

2. Anaesthetic gel - The use of anaesthetic gel is an entirely painless procedure. It may be useful in performing various orthodontic procedures, such as band placement and cementation, archwire ligation, and band/bracket removal. The advantage of this system is its easy delivery method, which simply introduces the gel into the gingival crevice.

3. Bite wafers - This will temporarily displace the teeth sufficiently to allow blood to flow through compressed areas, which will prevent a build-up of metabolic products and the rhythmic behaviour of chewing inhibit nociceptive responses via the serotonergic (5-HT) - descending inhibitory pathway. Bite wafers and gum chewing must be instituted before the pain sets in, that is, within the first 8 hours after activation. And this method would be ineffective if the teeth become too tender for repetitive chewing.

4. Low-level laser therapy - Low level laser has been shown by many investigators to produce analgesic effects in various therapeutic and clinical applications.

My teeth still pain after a fluoride varnish. What to do?

Query: Hi doctor, I had gone to a dentist. He applied fluoride varnish paste on my teeth saying that the cavities are very small. But my teeth are still paining. What to do?  Read Full »

I have toothache after the tooth filling chipped off. Why?

Query: Hello doctor, I flossed by a tooth where a filling almost came out and my tooth and gum have been hurting all night. Also have a tooth that is by this molar that fell or chipped out. I do not know if it is an abscess or an exposed nerve in my molar that is right behind it. Took Tylenol 2 every 6 ho...  Read Full »

Do you have a question on Prostaglandins or Nsaids?