Pulpal exposures are the chief concerns for patients to visit dental clinics. This pulpal exposure occurs when infection penetrates the pulp and causes pain. It has two stages, and among both, the last stage, commonly called irreversible pulpitis, is highly painful. To know more, read the article. 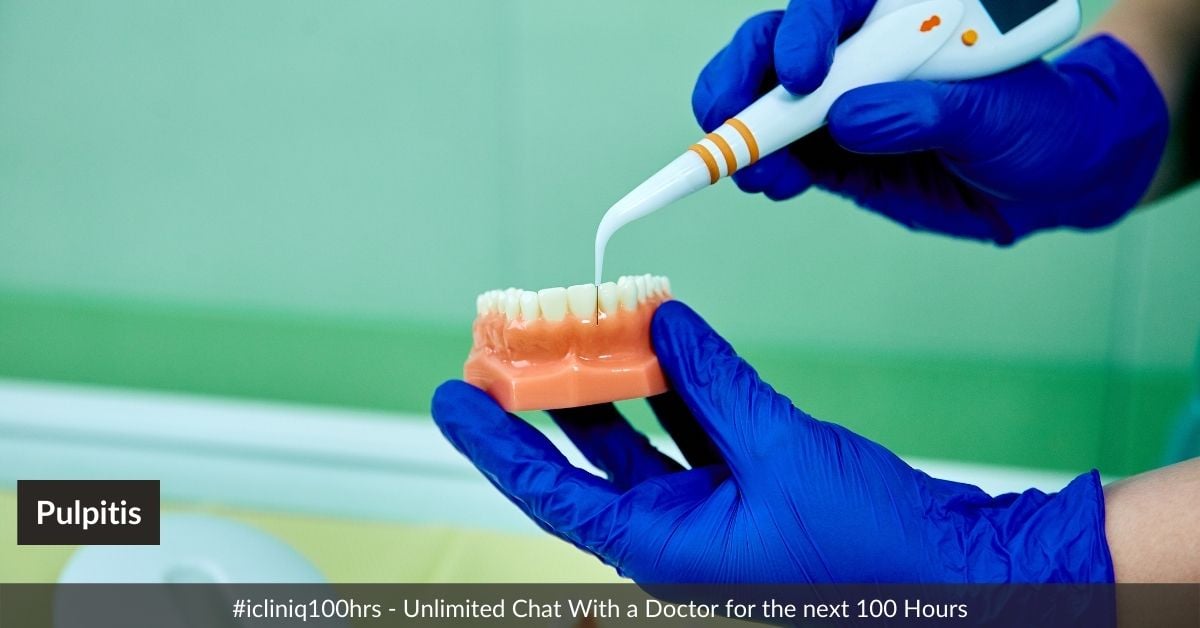 Pulpitis refers to inflammation of the pulp. In other words, we can say that it is the pulpal exposure by extension of infection. It is one of the most commonly encountered dental problems by clinicians. It is associated with either sharp or spontaneous pain. Microbial infection increases the severity of the disease.

What Are the Types of Pulpitis?

Pulpal exposure is characterized by either trauma by any accident or penetration of deep caries. There is no age predilection, and both genders are equally affected. Even the vitality of the tooth can change from highly painful vital to non-vital. This exposure has two main stages:

1) Reversible Pulpitis - Reversible pulpitis is the first stage, which is characterized by pain on hot stimulus, which goes on after the stimulation is removed. This pain is bearable by the individual, and at this stage, he or she does not visit the hospital. This lesion, when it becomes chronic, becomes irreversible pulpitis.

2) Irreversible Pulpitis - The pain of irreversible pulpitis is unbearable, spontaneous in nature, and lingers on even after removal of stimulus (hot or cold). This stage of pulpal exposure is difficult to manage and may require immediate intervention. Microbiology-Infection in pulp is caused by severe infection by microbes.

What Are the Different Types of Microbes Found In Pulpal Infection?

A variety of microbes are found in pulpal infection. They range from Actinomyces Viscosus to Enterobacter Faecalis. Streptococcus Mutans is actively found in progressive pulpal infections. In addition, Treponema Denticola and Lactobacillus Acidophilus are also found in advancing infections. Culture remains the oldest and gold standard for dental infections. However, for early and rapid detections, numerous techniques are used like dark-field microscopy, PCR, molecular hybridization, radioimmunoassay (RIA), and immunofluorescence (both direct and indirect).

Pulpal exposure, like other dental infections, is associated with the production of toxins. But unlike other dental infections, both endo and exotoxins are involved since the majority of bacteria are both aerobic and anaerobic. The process involves the release of these toxins by microbes resulting in a painful inflammatory response. This is neutralized by the body’s immune system, but in some cases, the infection penetrates the pulp. This causes reversible pulpitis. At this stage also, the infection is not so severe. But upon further penetration, infection is so severe that tooth mortality is at stake. The prescription of antibiotics and analgesics becomes the immediate necessity during this time. The associated pain is very severe (especially during nights) and disrupts the normal sleeping pattern. Even in some cases, the medications are also not effective. That situation demands immediate mechanical therapy in the form of root canal treatment (RCT) and pulpotomy (partial pulp removal in children). Also, the associated tooth structure loss has to be compensated with prostheses and crowns.

Pulpal exposure is very easily diagnosed because the history of trauma or microbial penetration causes intense pain. Usually, reversible pulpitis is characterized by sharp pain, but it is present on stimulus only, and it goes away when the stimulus is removed. Hence, it is for a short duration and is bearable. But irreversible pulpitis has severe pain which lingers on and goes for very many hours. It is not dependent upon the presence of the stimulus and therefore is a major concern for the individual. On clinical examination, there is pain on vertical percussion (reversible pulpitis), but in irreversible pulpitis, pain increases in intensity. There are chances of a grossly decayed tooth with greater visibility of the pulp chamber (pulp polyp).

Treatment options are dependent upon the stages involved and tooth morbidity. Reversible pulpitis has pain for a short duration only, so in that case, indirect pulp capping (IPC) is the best treatment option. Certain studies have proposed that young pulps respond in an excellent manner to IPC. It usually requires the addition of calcium hydroxide to form a dentin-bridge as a protective medium for pulp. But there are certain cases that do not respond well to IPC. These cases require root canal treatment (RCT), while pediatric patients are treated either with pulpotomy (partial pulp removal) or pulpectomy (complete pulp removal). RCT also involves complete removal of the pulp. It employs many techniques like a step back, crown down, Mac Spadden, and vertical compression. Every technique has some advantages and disadvantages. Crowns could also be required in some cases with extensive loss of tooth structure. Some cases may require apexification (RCT with MTA), while some may require extraction also. Re-RCT (in periapical infection) may have a poorer prognosis.

The commonest complications of pulpitis are chronic hyperplastic pulpitis. It is characterized by bleeding and growth in the pulp chamber. It becomes very difficult to manage it routinely. There can be chances of the periapical abscess also in long-standing chronic cases.

Pulpitis is an inflammatory condition that is highly progressive and painful (nights extremely intolerant). The presence of microbial infection helps in deeper penetration and sometimes makes it difficult to manage. Complications make the treatment challenging in nature and cause mortality also. Hence, both clinicians and patients should be aware of the complications associated with it, and the condition should be done at the earliest stage.

Is it necessary to get root canal treatment in milk teeth?

Query: Hi doctor, My son is 4 years old. He was only on milk diet till three years. His eight teeth got brown color, when we went to the doctor he suggested for cleaning and filling for six teeth but for two teeth, he suggeested for RCT. My son never complained about pain or swelling. Do we really need ...  Read Full »

Query: Hi doctor, I have placed caps in my two teeth. Now, I got swelling around the teeth. X-ray has been taken. The doctor told me that there is some infection in the teeth, so it needs a root canal to be done. I do not have any pain in the teeth. I have only swelling in the teeth. Please suggest what to...  Read Full »

Which is better for tooth abscess in 4 year old- pulpotomy or extraction?

Query: Hello doctor, My 4 year old kid has tooth abscess with pus on the upper arc of front teeth. The pus drains and again comes. We have given antibiotics but the problem again comes. What should we do now - tooth extraction or pulpotomy?  Read Full »

Do you have a question on Pulpotomy or Root Canal Treatment?