Written by
Dr. Lekshmipriya. B
and medically reviewed by Dr. Prashant Valecha

Aorta is the largest artery in the human body that carries oxygenated blood from the heart to other parts of the body. Learn more about aortitis, by reading the article below.

The inflammation can restrict blood flow which can be a threatening condition for all the vital organs. It can also cause aortic insufficiency in that blood flows in the reverse direction during ventricular diastole due to dilation of the aorta. The aortitis also leads to decreased pulses in the upper extremities. Depending on the involvement of other blood vessels, symptoms can vary in aortitis. It is generally treated by curing the underlying pathology that causes aortitis.

What Are the Symptoms of Aortitis? 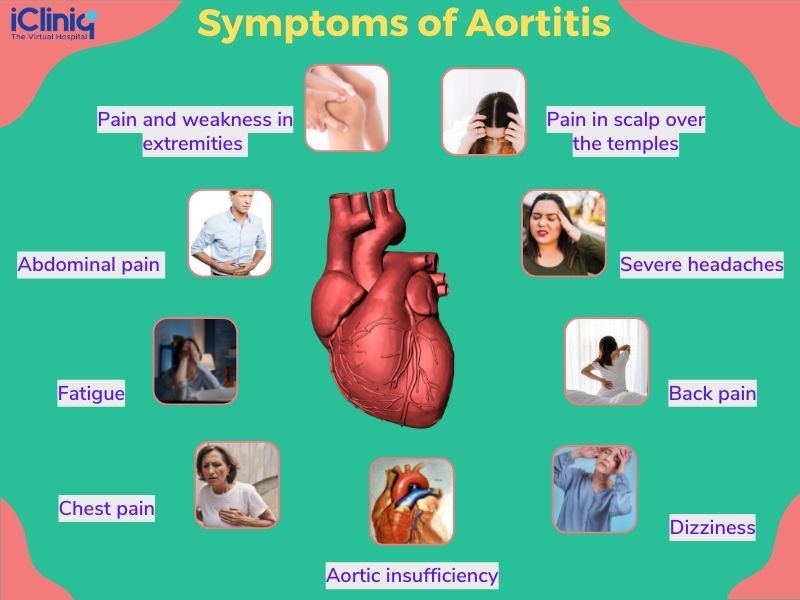 As aortitis can be due to various pathologies, symptoms also vary depending upon the underlying conditions. Generally, aortitis has three phases. At the earlier phase, aortitis is very much asymptomatic. The three phases of aortitis are; 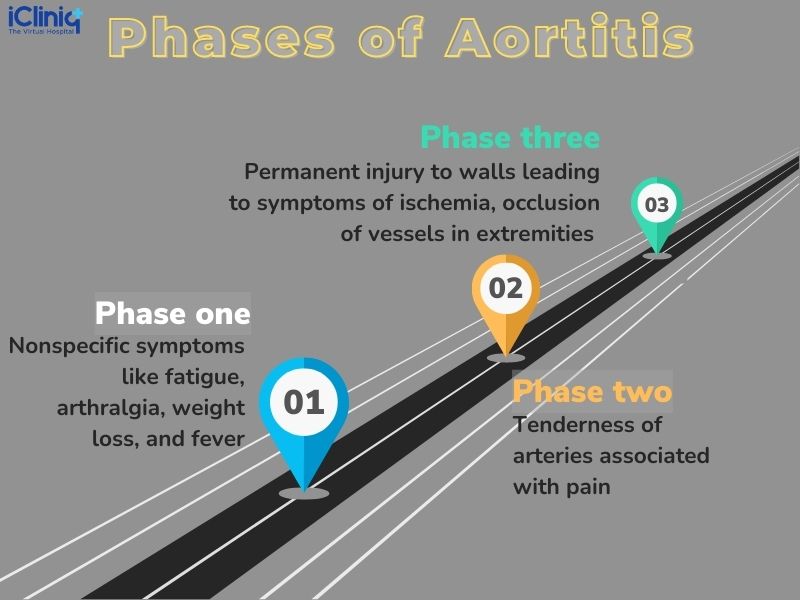 Depending upon each phase, symptoms will vary; general symptoms include;

g)Pain and weakness in extremities.

i)Pain in the scalp over the temples.

What Are the Causes of Aortitis?

The causes of aortitis fall mainly into three categories. But the exact cause is still unknown. The causes can be categorized as;

What Is Takayasu Arteritis and Giant Cell Arteritis?

These are the most common causes of aortitis.

a)Takayasu Arteritis - It is also known as Martorell syndrome or pulseless disease. It generally occurs in young women. It often appears as a secondary reaction to an autoimmune disorder. It has two stages; the first one is a pre-pulseless phase which is generally asymptomatic, and the second is a pulseless phase which includes symptoms related to stenosis, occlusion, or dilation of the aorta. The pulse is very feeble and almost nil in Takayasu arteritis. But we can hear bruits over narrowed arteries and brisk pulses in the legs on auscultation.

b)Giant Cell Arteritis - It is often identified as a systemic vascular disease. It is seen in age groups above 50 years. It is not just limited to cranial arteries. The main symptoms include severe headaches that are persistent, vision loss, scalp tenderness, etc.

When to See a doctor?

If you suddenly develop persistent headaches, decrease in vision, shortness of breath, any symptoms of stroke, and a sudden increase in blood pressure, seek medical attention as soon as possible.

What Is the Prognosis of Aortitis?

Affected people with the disease identified at the earlier stages, have a high chance of survival. As the disease progresses, the complications involved are also high, which can lead to an unfavorable prognosis.

How to Diagnose Aortitis?

For the diagnosis of aortitis, understanding the medical history of the patient, physical examination, laboratory studies, imaging studies, and biopsy should be done. It is very important to identify the cause of aortitis to initiate the proper treatment as the use of immunosuppressants is contradictory in the case of aortitis caused due to infectious disease.

a)Physical Examination - Any alterations in blood pressure and pulse can be identified. Physical examination also reveals bruits in narrowed blood vessels and diminished pulse in any of the limbs.

b)Laboratory Studies - Blood tests are done to estimate levels of erythrocyte sedimentation rate and C-reactive protein, which are indicators of inflammation.

c)Imaging Studies - Magnetic resonance angiography (MRA) and computed tomography angiography (CTA) are widely used. It is useful in finding out acute and chronic changes in the arterial walls due to inflammation, edema, and fibrosis.

d)Biopsy - The tissue from the arterial wall is taken for biopsy. The characteristic feature of aortitis is the inflammation of all layers of the aorta.

What Is the Treatment for Aortitis?

The treatment for aortitis can include both medical and surgical management.

The primary objectives of the treatment should include:

The management will vary according to the cause of the disease.

a)Medical Management - The aortitis caused by gram-positive and gram-negative bacteria can be treated with antibiotics like Minocycline. In the case of non-infectious aortitis, corticosteroids form an integral part of the treatment. Corticosteroids are known for their anti-inflammatory properties. They mainly suppress the activity of leukocytes and decrease capillary permeability. Drugs like Prednisone are generally recommended in corticosteroid therapy (corticosteroids are a class of drugs that lowers inflammation in the body. They also reduce immune system activity). Another class of drugs that play a vital role in the treatment of aortitis is immunosuppressants. Immunosuppressants like Methotrexate, Mycophenolate, and Cyclophosphamide are usually advised for the treatment.

b)Surgical Management- When there is a narrowing of the blood vessel due to aortitis, angioplasty or stents or bypass grafts are the surgical options available. Surgical repair is indicated when there is no response to medical treatment, significant hypertension, and cerebral ischemia.

If you could relate the above-discussed symptoms and your condition to aortitis, do not panic. Identifying and treating the underlying cause can improve your condition and prevent you from encountering life-threatening complications. Contact our online specialists to rule out the condition now.

Article Overview: Otitis media is a painful condition frequently encountered in children under five years. Read the article to know the role of homeopathy in combating the disease. Read Article

What Is Acute Otitis Media? Acute otitis media (AOM) is the presence of inflammation in the middle ear accompanied by the rapid onset of signs and symptoms of an ear infection. It is one of the most troublesome diseases and persists for days to weeks, characterized by severe pain and inflammation of...  Read Article

Query: Hello doctor, I am a 40-year-old male. I have perforated right ear for the past 20 years and get discharges on various occasions and treated every time. But I have no discharges for the last three years. As a routine checkup, I am asked for a CT scan and the findings are as follows: 1) Right -si...  Read Full »

Article Overview: Middle ear infection or otitis media not only affects children but can affect adults too. It can cause severe ear pain and fever, and sometimes require treatment. Read the article to know about its symptoms, causes, types, diagnosis, and treatment options. Read Article

Introduction: Did you know your ear has three different sections? These sections work together to collect sounds and help us hear by sending these sound signals to the brain. The sections of the ear are: Outer ear - It consists of the pinna or auricle (the outer part of the ear that you see) and t...  Read Article

What Causes Itching After Sex? 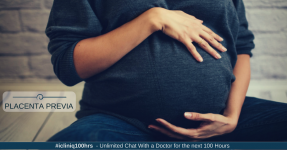 Do you have a question on Aortitis or ?