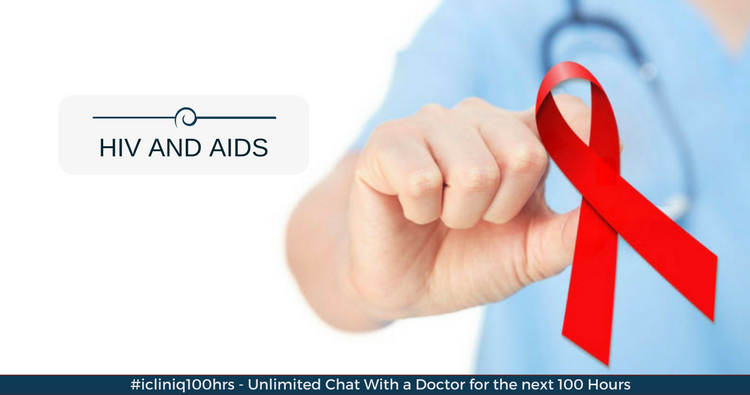 HIV is a virus that attacks the immune system by destroying a type of white blood cells (called CD4 cells) by making copies of itself inside these cells. As the primary function of these CD4 cells is to defend the body from illnesses, it gets progressively harder for a person affected by this virus to fight off even minor infections and diseases, let alone cancer.

What Are a Few Facts About HIV?

Acquired immunodeficiency syndrome (AIDS) refers to a set of symptoms caused by HIV. To determine if the person has AIDS, the criteria is a CD4 cell count of fewer than 200 cells per mm 3. The same would range between 500 to 1,600 cells in a normal healthy individual. Without treatment, HIV worsens in three stages: acute HIV infection, clinical latency, and finally, AIDS.

Related Topics
Hearing Aids - Different Types and How They Work
Hearing Aids - Knowledge Bank
Are my symptoms due to HIV infection? I had a high-risk exposure 15 months ago.

What Are a Few Facts About AIDS?

What Are the Signs and Symptoms of HIV?

What Are the Various Ways to Diagnose HIV?

Research shows that the earlier the HIV is detected, the sooner the ART therapy can be started, and the better will be the viral load control and hence, the quality of life. So, regular testing for HIV is important. Knowing your HIV status is also necessary to prevent spreading the infection to others.

How to Prevent HIV?

Why Is There No Cure for HIV Infection?

HIV belongs to a group of viruses known as a retrovirus. The virus infecting an individual contains a DNA structure, which gets mixed up with the DNA of the host body. Thus, this mix-up makes it difficult to form a treatment plan. This is why there is no cure for HIV infection. But some medications can prevent viral multiplication in the host body. Antiretroviral drugs are given to prevent the multiplication of viruses, thereby reducing the viral load. It will enable the host’s immune system to repair itself. But this does not mean the infection can be permanently cured. Its complications can only be controlled.

In How Many Stages Is HIV Infection Segregated?

How Is HIV Different From AIDS?

HIV is a viral infection that multiplies and captures cells within the host. AIDS, on the other hand, is a syndrome (a group of symptoms) usually caused by a virus. HIV, over a period of time, depletes the immune symptom and may ultimately progress to AIDS.

What Is the Incubation Period of HIV?

HIV generally causes a short, flu-like period that usually occurs 2 to 6 weeks after infection. HIV then remains asymptomatic for several years. The symptoms last for about 1 to 2 weeks, and then the features settle down. During the next several years of being asymptomatic, the virus remains active and multiplies. This period can be as long as a decade when the immune system gets progressively damaged, after which HIV can lead to AIDS.

During the first month of being infected with HIV, people may feel feverish, achy, and sick, basically flu-like. These symptoms usually last for a few weeks, after which the symptoms settle down.

Is There a Permanent Cure for HIV?

Currently, there is no widely available permanent cure for HIV, but the symptoms can be controlled with a management protocol. ART (anti-retroviral therapy) is the most popular treatment method. In mid-2022, a permanent treatment cure was introduced in Israel where a single injection containing genetically engineered B-lymphocytes secrete HIV-neutralizing antibodies in the body. By 2025, the research is expected to progress in gene and cell therapies.

What Is the Effect of AIDS on the Body?

What Happens to a Person With HIV Infection?

Initially, HIV presents as flu which usually lasts for less than a month. Untreated, HIV turns into AIDS over a decade by attacking and taming the immune system.

What Are the Facts About HIV?

Some of the facts about HIV are
- Anyone can get HIV.
- HIV has caused more than 4 million deaths till now.
- One can have HIV and not be aware of it.
- Prevention of HIV is essential.
- HIV is controlled by antiretroviral therapy (ART).
- All kinds of contacts are not infectious.
- HIV can infect both sexes.
- HIV is a complex disease.
- HIV home-test kits are available.

What Is the Consequence of Touching Used Condoms?

If someone has a cut on the hand, then it is theoretically possible to get HIV. But practically, HIV cannot transmit by touching as the virus does not survive outside the body.

What Is the Importance of AIDS Awareness?

Increased AIDS awareness and preventive means can result in a decrease in infection rates as AIDS has caused deaths in the count of millions. Awareness also leads to a diagnosis of unaware individuals and can also prevent the progression of HIV to AIDS.

What Was the Old Term for AIDS?

In the 1980s, AIDS was known as Gay-Related Immune Deficiency (GRID) because misconception, bias, lack of knowledge, and stigma forced an association of the condition with individuals with a same-sex sexual preference.

What Is the Positive Effect of Condoms on Men?

Is It Safe to Wear Three Condoms?

Wearing more than one condom is counteractive. Wearing even two condoms leads to friction between condoms and increases the risk of contraceptive failure by condom tears.

What Type of Infection Is HIV?

HIV is a viral infection caused by a group of viruses (lentivirus within the family of retroviridae) - a retrovirus. Untreated, HIV tames the immune system leading to AIDS.

How to Detect if Someone Is HIV Infected?

Query: Hello doctor,My brother was detected as HIV positive. Is this disease completely curable or not? Is there any new medicine for a 100 % cure for this disease?  Read Full »

Article Overview: Omeprazole belongs to the proton pump inhibitors group of drugs. It works by decreasing stomach acid because of which, it is used in conditions like gastroesophageal reflux disease (GERD), indigestion, and stomach ulcers caused by bacteria Helicobacter pylori. Read Article

Overview of Omeprazole Omeprazole belongs to the proton pump inhibitors group of drugs. It works by decreasing stomach acid because of which, it is used in conditions like gastroesophageal reflux disease (GERD), indigestion, and stomach ulcers caused by bacteria Helicobacter pylori. It relieves symp...  Read Article

Are hot breaths and acidity symptoms of an HIV infection?

Query: Hi doctor, I am having hot breaths, and my eyes feel hot. I have acidity problems. All these problems started after I had sexual intercourse. Is it an indication of HIV? Should I get a western blot test now?  Read Full »

Do you have a question on Hiv Infection or Aids?