AIDS is a deadly infection that can be more severe in pregnant women. Read this article to know more.

Contents
What Is AIDS?
How to Identify Whether an Individual Is HIV Positive?
Can HIV Be Transmitted From the Infected Mother to the Baby?
Can an HIV Positive Mother Breastfeed a Baby?
How to Safeguard the Baby Against HIV Infections?
Can a Woman Plan a Pregnancy When Her Partner Has AIDS?
What Are the Precautionary Measures to Be Followed? 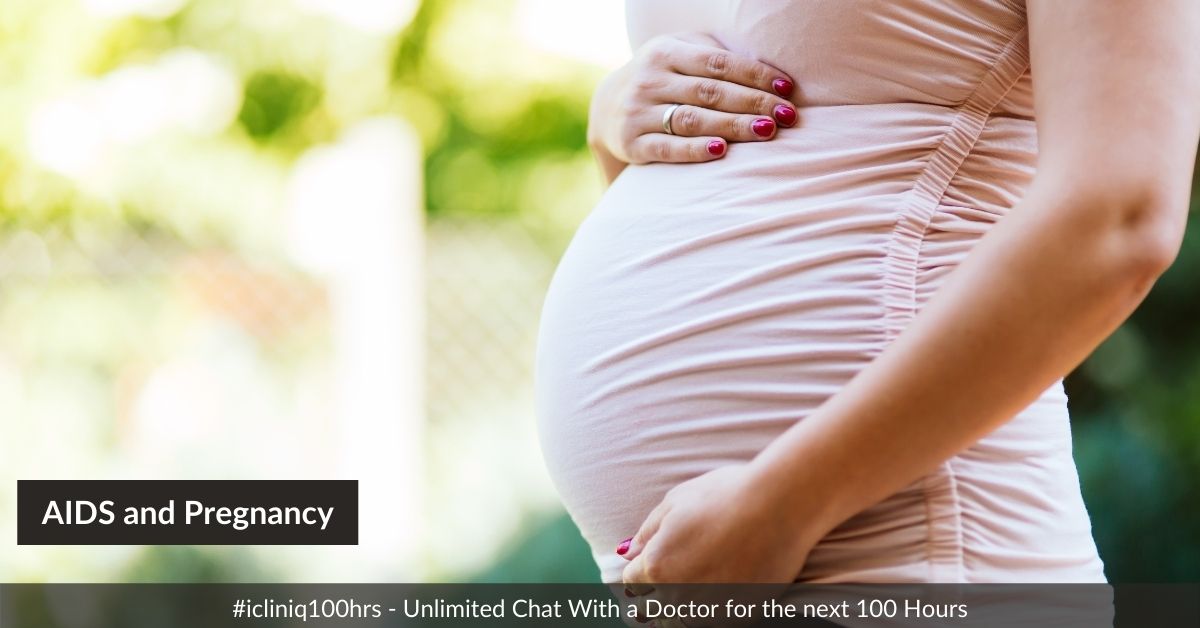 AIDS refers to Acquired immuno-deficiency syndrome. It will result in a life-threatening condition. AIDS is basically a viral infection that will interfere with the ability of the body to function normally. Long-term infection with the human immunodeficiency virus (HIV) will result in various abnormal symptoms. The most common signs and symptoms experienced by HIV patients are:

The ill effects of AIDS can be experienced in a more severe manner during pregnancy, breastfeeding, vaginal birth. The doctors might recommend the pregnant women go for a voluntary c-section to reduce the level of risk.

How to Identify Whether an Individual Is HIV Positive?

HIV test is required only for those who are in the high-risk category. Pregnancy is one such period that is considered a high-risk period. After confirming the pregnancy, it is good for the pregnant mother to go for an antenatal appointment. Here, you still get a chance to receive the HIV test. Testing is the only way to identify whether you have HIV or not.

Can HIV Be Transmitted From the Infected Mother to the Baby?

There are possibilities for the viral infection to get transmitted from the infected mother to the baby. With the modern advancement of the medical field, we can follow strict procedures in an effective way so that it is possible to protect the baby from deadly diseases like AIDS. The doctor will perform a thorough medical examination for the pregnant mother. Medications will be prescribed according to the health status. Medical reports prove that most of the medications given for HIV are safe for usage during the time of pregnancy. No notable elevation of risk has been identified to date. However, it is necessary for you to speak clearly with your healthcare professional regarding the benefits and risks associated with the consumption of any medication. A general physician, gynecologist, and specialist in AIDS would work together to save the good health of both the mother and the fetus.

There are possibilities for the virus to attack the bay directly during the delivery. The doctors make sure that the baby also gets medication immediately after the birth so that the infection that has been transmitted to the baby can be resolved. Medications play an important role in restricting a few other opportunistic infections. The medications that are given to the baby depend on a number of viral pathogens that are present in the baby’s body. A blood examination might be required for this purpose. In the initial stages of birth, multiple tests would be required to check the health of the mother and the fetus.

Can an HIV Positive Mother Breastfeed a Baby?

It is not advisable for the mother to breastfeed their baby. This is due to the fact that the viral pathogens can get transmitted to the baby through the breastmilk. Some mothers have a visible lesion in the breast, and this might be a high-risk factor. Many fear that if the baby is not fed with breast milk, then the baby might not receive proper nutrients. The Disease Control and Prevention and the American Academy of Pediatrics say that the breast milk of the infected mother can contain the viral infection. So, they recommend the mother choose formula milk as it is a healthy supplement. Babies who are fed with these supplements show better development in growth.

How to Safeguard the Baby Against HIV Infections?

To remain in the safer zone, the baby is tested for HIV infection immediately after birth and after one or two months. If this test is negative, then the baby is tested again after 18 months. This will ensure whether the health status of the baby is appropriate now and then. The treatment for the baby will be started only when some of these tests show a positive result. If any of the partners are tested positive, it is mandatory to start the medications as soon as possible. If you are delaying your dosage regimen, then you are increasing the chance of affecting the baby. Having sex during pregnancy is generally considered normal, but only if the mother is not having any health complications. During the pregnancy period, the HIV-positive mother should refrain from sexual practices because the virus can get a chance to affect the baby.

Can a Woman Plan a Pregnancy When Her Partner Has AIDS?

Women with an HIV-positive male partner suffer a higher risk of getting affected by the viral infection. Involving in protected sex might prevent the female from getting infected too, but this will restrict the ability of pregnancy. This is where the situation gets complicated. The safest way to prevent the transmission of the infection from the father to the mother and the baby is to choose alternate pregnancy plans. You might consider other medical options like assisted reproductive technology or receiving a donor sperm. In assisted reproductive technology, in vitro fertilization and semen washing are the two important factors involved. The cost of the procedures might vary according to the hospital standards. In vitro fertilization has been a blessing to many infertile couples. When this method can be implemented for such reasons, then it is definitely a smart option when the whole family has to be safe. However, these methods might not be morally and ethically acceptable everywhere. In such situations, you can talk to your doctor and ask them to recommend other ways for a healthy pregnancy.

What Are the Precautionary Measures to Be Followed?

It is necessary for both partners who are planning for a baby to get tested for HIV. If the male partner is HIV negative, then the woman can proceed with her pregnancy plan. If the male partner is HIV positive, then it is best to consult the doctor immediately. The medical professionals will recommend pre-exposure prophylaxis. It is represented in medical terms as PrEP. This PrEP serves as a protection for both the baby and the mother. If the mother is HIV positive, then another trustworthy caretaker should be present to look after the baby after birth. This can provide great emotional and mental support to the infected mother.

Article Overview: This article explains the difference between HIV and AIDS and how you can protect yourself from this life-threatening infection. Read Article

What Is HIV? HIV is a virus that attacks the immune system by destroying a type of white blood cells (called as CD4 cells) by making copies of itself inside these cells. As the primary function of these CD4 cells is to defend the body from illnesses, it gets progressively harder for a person af...  Read Article

Am i pregnant if the pregnancy test is negative?

Query: Hello doctor, I had my last period on the 1st of last month. I did not have sex until the 33rd day (it was protected sex) of my cycle. Now, I have not yet had my periods. It is the 39th day and I took a pregnancy test on the 38th day and it came out to be negative. I do not know what to do. I did ha...  Read Full »

What is the chance of contracting HIV from oral sex?

Query: Hello doctor, I had a risky exposure (genital rubbing without full penetration) for 5-10 seconds and oral sex with a high-risk person. I did third-generation fingerprick blood test 10 times after five months at two weeks interval. After 182 days, I went to ICTC and did Comb Aids test and the result...  Read Full »

Do you have a question on Pregnancy or Aids?