Omalizumab is a newer therapy for patients with chronic urticaria. In this article, I have discussed in detail about the mechanism of action, use, dosage, side effects and precautions of Omalizumab. 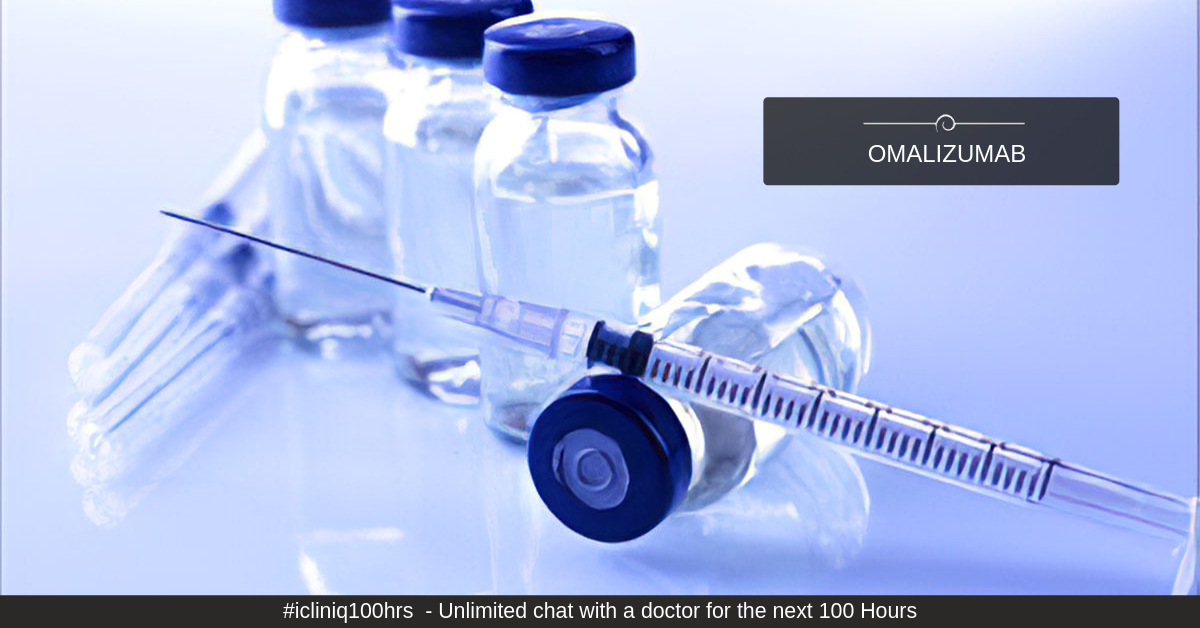 Omalizumab, an antibody derived from murine blood acts against human immunoglobulin E (IgE). This drug was approved by FDA (Food and Drug Administration) for use in chronic idiopathic urticaria. It can be used in a patient who does not respond to approved doses of H1 antihistamines.

Basophils and mast cells are store house of various allergy causing mediators. These mediators are released when IgE in the body binds to receptors present over these cells. Omalizumab inhibits this phenomenon of binding IgE to these cells. Omalizumab binds to free IgE in the body fluids with much higher affinity, thus preventing binding of IgE to the receptors present over basophils and mast cells.

My baby is suffering from eczema. Please suggest some treatment.
Which ayurvedic oil can be used for atopic dermatitis?
How to identify the cause of allergy?

Omalizumab does not bind to already receptor bound IgE or to the receptor directly. These binding characteristics allow Omalizumab to neutralize IgE mediated responses without release of allergy causing mediators.

Usage and Dose of Omalizumab:

This drug should be administered by a physician or a healthcare professional, who is trained in recognition and treatment of anaphylaxis. Symptoms of systemic eosinophilia along with clinical features of urticarial vasculitis occurs more often in patients who are on Omalizumab, which usually reduce with oral corticosteroid dosage.

Some patients have experienced some signs and symptoms, including joint pain, skin rashes, fever and enlargement of lymph node in the form of painful pea shaped swelling in the axilla or groin areas. This usually occurs with an onset of one to five days after the first and subsequent injections of Omalizumab. Therapy should be discontinued if such symptoms occur.

For further information about Omalizumab consult a dermatologist online --> https://www.icliniq.com/ask-a-doctor-online/dermatologist

Query: Hi doctor, I am a 30 year old male. Recently, I have been diagnosed with having urticaria (burning, itching sensations throughout the body from head to toe). It started out in an acute way but is turning out to be chronic. It has been more than two and a half months and I am still suffering from it...  Read Full »