Ureaplasma is a group of bacteria commonly found in the urinary and genital tracts of human beings. It is the smallest free-living organism in the world and cannot be seen through a microscope. Please read the article to know more. 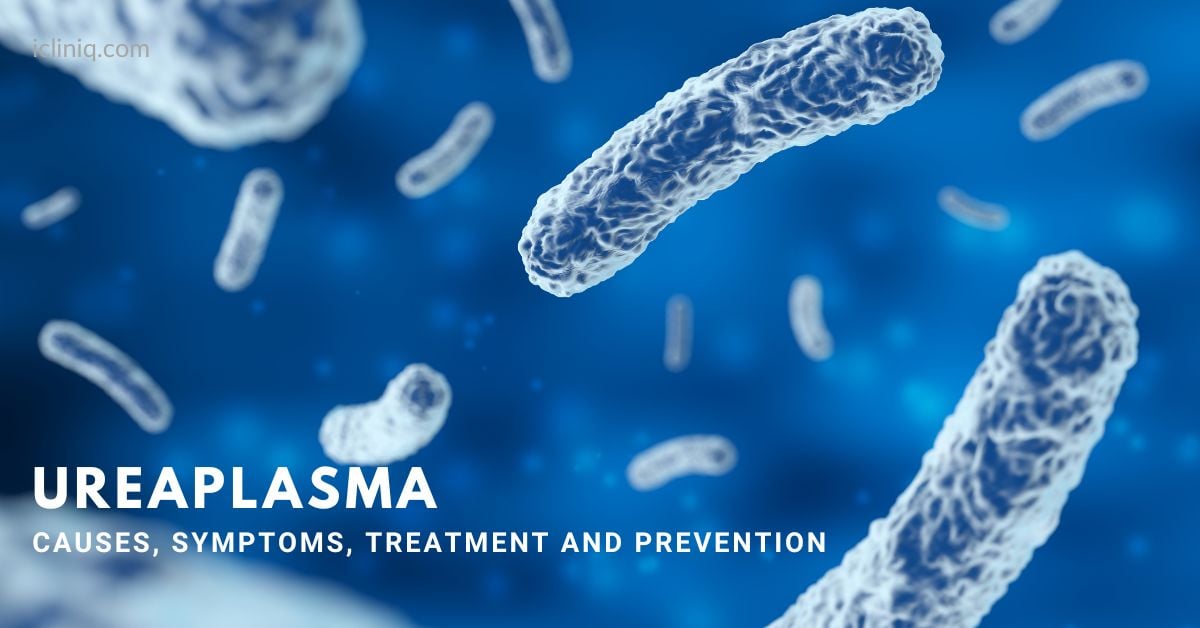 As we all know, the human body is a host to several bacteria. For the healthy functioning of the body, the bacterial balance in our body is essential. One such group of tiny bacteria that inhabits the urinary and reproductive tract is called ureaplasma. These bacteria are considered to be one of the smallest living organisms in the world, such that they cannot be identified even when viewed through a microscope.

These tiny orgasms are considered to be a part of the human microbiome. This is nothing but the collection of the trillions of cells found in and on the human body. These tiny organisms are helpful in many of our bodily functions, such as digesting food, fighting infections, and maintaining good reproductive health.

Though these bacteria are typically harmless, they tend to overgrow and cause inflammation to the healthy tissues. This leads to the colonization of bacteria and eventually causes infection. Ureaplasma has been linked to some conditions such as bacterial vaginosis, pregnancy complications, etc.

What Are the Causes of Ureaplasma Infection?

Generally speaking, ureaplasma is primarily transmitted through sexual contact. That being said, ureaplasma is a prevalent condition in adults who are sexually active. These bacterial groups can enter the body through the vagina or the urethra.

There are cases where ureaplasma has been transmitted from mother to her child. This type of infection is very short-lived and usually goes away on its own within a span of one to two months. Generally speaking, ureaplasma is very rare in children and adults who are not sexually active.

Also, people with a weakened immune system have a high risk of getting ureaplasma infection. The population group who fall under this scenario includes people who have had an organ transplant or people who have been infected by HIV (HIV positive).

It has also been identified that women have a high risk of getting ureaplasma infection along with vaginal infections if they have had multiple sexual partners.

What Are the Symptoms of Ureaplasma Infection?

The majority of the patients who are affected by ureaplasma do not experience any symptoms. Since ureaplasma is a potential cause for inflammation of the urethra, it might lead to urethritis – in both men and women. Here are some of the symptoms of urethritis:

In addition, ureaplasma can also increase the risk of other medical conditions such as:

There has been very little research or studies that have been done to link infertility to ureaplasma. Even those studies have not shown any conclusive evidence. But the ureaplasma bacteria have been identified in both men and women who have been suffering from infertility. The doctors have suggested that the bacteria are possibly affecting the quality and quantity of sperm in men. When it comes to women, a particular type of ureaplasma called the ureaplasma urealyticum is often seen in cases where there is unexplained infertility.

In general, any infection in the genital tract accounts for 15 percent of all infertility cases in males. These infections are not only due to ureaplasma but also due to sexually transmitted diseases such as chlamydia or gonorrhea.

Preterm delivery is caused mainly due to inflammation of reproductive tissues. This inflammation can be due to many factors, including bacterial infections such as in the amniotic sac, cervix, and vagina. Ureaplasma can cause some severe complications at the time of pregnancy, such as:

Also, ureaplasma has been associated with an increase in the risk of postpartum endometritis, which is nothing but an inflammation of the uterus after delivery.

How Is Ureaplasma Detected?

There is no specific diagnostic method that the doctor uses to detect ureaplasma. If the doctor has observed every symptom and has ruled out any other medical condition, the doctor will take a sample and send it to the lab. The following tests can be used to diagnose ureaplasma infections:

How to Prevent Ureaplasma Infections?

Since ureaplasma is primarily transmitted through sexual contact, practicing safe sex is the primary preventive action that can help in avoiding ureaplasma infection. It is crucial for adults having an active sex life to use contraceptives such as male and female condoms and dental dams and avoid unhygienic practices. By following these simple safe sex practices, the risk of getting infection reduces significantly.

Also, make sure you wash your penis and vagina before having sex. This will help in cleaning away any kind of infectious agents that might cause inflammation to your urethra. Barrier methods for birth control do not provide any protection against these infections or any STDs.

For people with weakened immunity, who are suffering from any other health-related conditions, it is essential to have a regular checkup with the doctor and to do regular follow-ups on their treatment to avoid any infections, not only ureaplasma.

How Are Ureaplasma Infections Treated?

Similar to treating other infections, ureaplasma infections also are treated with the help of antibiotics. The most commonly used antibiotics that have been efficient against ureaplasma are Azithromycin (Zithromax) and Doxycycline. These medicines are generally sufficient for the majority of patients to overcome the infection caused by ureaplasma. But in some minor cases, where these medicines do not affect the infections, the doctor might shift to another type of antibiotic called fluoroquinolones.

When the ureaplasma infection is identified in newborns, it might lead to lung problems. This is treated with an antibiotic called Erythromycin. In the case of pregnant women suffering from premature rupture of the membrane, macrolide antibiotics such as Azithromycin, Clarithromycin, and Erythromycin are used in the treatment.

As mentioned earlier, ureaplasma is present in our body as a regular part of the microbiome. These do not cause any trouble in most cases, and infections also go away in a short period. Have a healthy and safe sex practice to prevent infection spread.

Infection during pregnancy is a problem of concern, so pregnant women must look out for any unusual symptoms and have regular prenatal checkups. Fortunately, some antibiotics have shown promising effects, which might help in overcoming these infections.

Is Ureaplasma An STD?

Ureaplasma is not considered a classic sexually transmitted infection because it is caused by the bacteria that live naturally in the urinary, respiratory and reproductive tract of both men and women, and it is not always passed through sexual contact. The two species that cause ureaplasma are Parvum and Urealyticum.

How Does a Woman Get Ureaplasma?

Usually, ureaplasma is transmitted through sexual contact, and it is very common among sexually active adults. It enters the body through the urethra or the vagina, and it can also be passed from the mother to the child.

What Are the Symptoms of Ureaplasma?

Ureaplasma infection is serious and can lead to:
- Chronic discomfort.
- Pelvic inflammatory disease.
- Complications during pregnancy.

Will Ureaplasma Go Away on Its Own?

Ureaplasma goes away on its own without undergoing any treatment. But when there are any symptoms or when you wish to get pregnant, it can be treated with a course of antibiotics to prevent the passage of these bacteria from mother to child.

How Long Does It Take for Ureaplasma to Go Away with Antibiotics?

It will take around 7 days for antibiotics to cure ureaplasma, but during the course of antibiotics, you should avoid sexual contact. The preferred antibiotics for ureaplasma are Azithromycin or Doxycycline. When the medicines do not respond to treatment, the doctor may prescribe Fluoroquinolones.

Povidone-iodine kills ureaplasma urealyticum organisms, and the three classes of antibiotics are recognized as active against ureaplasma spp; they are tetracyclines, quinolones, and macrolides.

Can Probiotics Help with Ureaplasma?

Probiotics can be used as oral solutions, pills, oral and vaginal capsules and are also found in food products such as yogurt. The probiotic medicines have helped significantly to reduce the ureaplasma parvum when compared with the control group.

Is Ureaplasma a Chlamydia?

Chlamydia trachomatis is the commonly reported pathogen that causes urogenital infections such as cervicitis or urethritis. Ureaplasma urealyticum and ureaplasma parvum, which are commensals in the genital tract, are also recognized as contributors to urogenital infection.

Is Ureaplasma Resistant to Antibiotics?

Do you have a question on Ureaplasma or ?