Prostate cancer is a man's worst nightmare, as it one of the most common diseases in men. Learn about its stages, symptoms, and treatment. 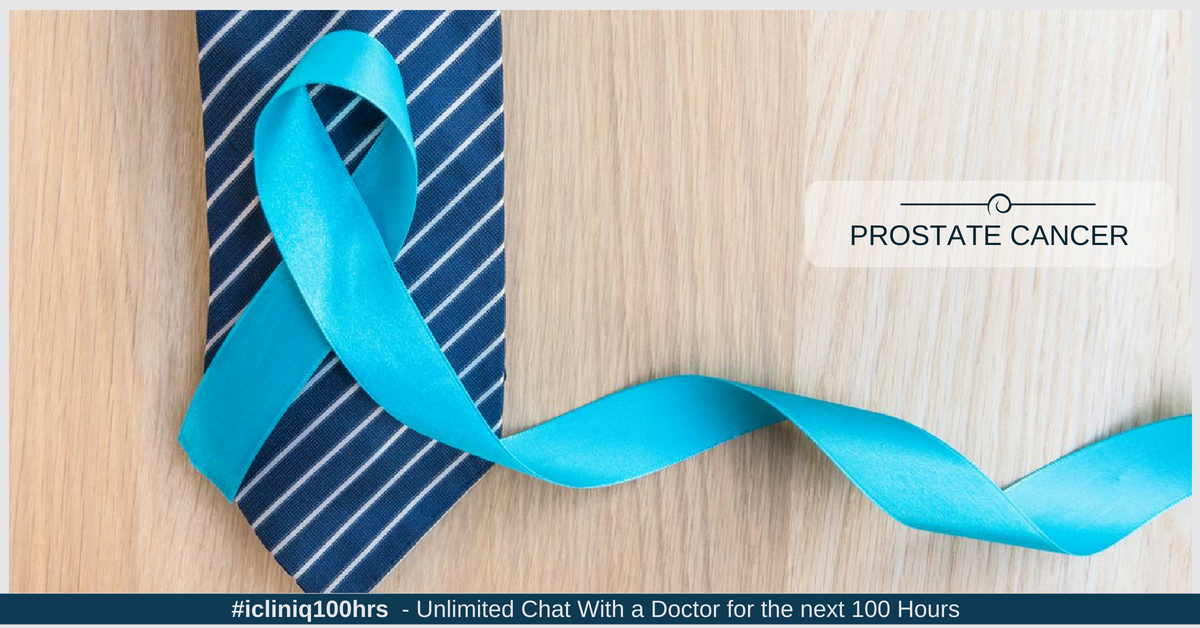 What Is Prostate Cancer?

Prostate is a gland within men's body structure which is important for the vital activity of sperms. Prostate can be a nightmare over the age of 50 years, as this gland can become a deadly cancerous organ that will lead to death. Researches indicate that prostate cancer is genetically inherited, and the risk increases when father or brother has the disease.

So, if you have a genetic relation to this disease, you should check yourself at the age of 45 years. Some researchers have found that capsicum and black pepper may worsen this disease

What Are the Common Diseases of Prostate?

The most common diseases of prostate are prostatitis and prostate tumour.

What Are the Stages of Prostate Cancer?

Related Topics
I need a second opinion regarding my father's scan reports.
Will removal of kidney stone improve GFR?
How to increase my height?I am 23 years old.

The symptoms of prostate cancer are:

What Are the Methods of Investigation?

We have to determine an indicator that will direct us towards the right place, which is the PSA.

PSA (Prostate-Specific Antigen) is a tumour marker, the increase of which will indicate cancer in our body.

The specimen can be examined in a well equipped pathological lab to determine if the cells are cancerous.

The tumour cells will be irregular, disoriented and non-functional and grow rapidly.

How Is Prostate Cancer Treated?

Early detected prostate cancer can be totally cured by medications.

In early stages, when prostate cancer is still in stage one, urologists prefer surgical removal of the prostate (prostatectomy).

Prostate can be removed by laser or radical prostatectomy (surgical removal of the prostate along with the removal of some tissue around it).

In the last stage, castration is done. Castration by surgically removing the testicles so as to stop the secretion of the male hormone (testosterone). This process is called orchiectomy. This in turn stops or delays the growth of cancerous cells.

Prostate cancer is hormone sensitive because it grows due to the response of male hormone (testosterone). Therefore, hormonal therapy is a must in metastatic stage.

After treatment with hormonal therapy, PSA becomes low for a certain period of time.

CRPC (Castration-Resistant Prostate Cancer) can be treated by chemotherapy.

Like any other cancer, there is no known cause for prostate cancer. It develops when some abnormal cells in the prostate gland divide more rapidly. The risk factors include older men, family history, African American males, obesity, and genetic mutation.

How To Prevent Prostate Cancer?

What Are The early signs of Prostate Cancer?

Most people do not show any sign of cancer in the early stages as it is nonaggressive. Urinary problems like frequent urination, a weak stream of urine, and blood in the urine are often the first signs you might notice. But remember, there are other conditions that can cause these symptoms also.

What Are The Symptoms Of End Stage Prostate Cancer?

As cancer progresses, you might have the following symptoms:
- Frequent urination.
- A weak stream of urine.
- Blood in the urine.
- Erectile dysfunction.
- Pain and numbness in the chest, back, and pelvic if cancer metastasizes.

How To Test For Prostate Cancer?

If your routine blood test showed elevated PSA (prostate-specific antigen), then your doctor might suggest you get a digital rectal examination (DRE) and biomarker test done. If these tests show abnormal results, then you might need to do the following tests:
- PCA3 (prostate cancer antigen 3) test.
- Transrectal ultrasound scan.
- Biopsy.
- CT or MRI scan.

How To Prevent Prostate Cancer Naturally?

What are the stages of Prostate Cancer?

Depending on the size, extent, and if the tumor has metastasized, the stages are:
- Stage I - Early stage of cancer, where it is usually slow-growing.
- Stage II - The cancer is confined to only the prostate, and PSA levels are low.
- Stage III - The tumor is growing, and PSA levels are high.
- Stage IV - Cancer has spread to other body parts.

The survival rate depends on the stage at which cancer gets detected. Early detection and treatment help patients live disease-free. And the survival rate for patients with stage IV cancer is 5 years.

What Is The Survival Rate For Prostate Cancer That Has Spread?

The survival rate for 99 % of patients with stage IV cancer, where cancer spreads to other body parts, is 5 years.

No, prostate cancer is nonaggressive and does not spread quickly. It usually takes about 15 years for cancer to develop and spread to other body parts.

I have conceived after trying for five years. Should I be on bed rest?

Query: Hello doctor,I am a 34 year old female in the seventh week of pregnancy. I have conceived five years after we started trying for a baby. My blood, urine, and ultrasound test results are normal. But, my doctor has advised me a complete bed rest till the 12th week. Could you please comment? Is bed r...  Read Full »

Can a gay man father a child?

Query: Hi doctor, I am a gay, married to a woman and had sex with my wife. My question is can my sperms impregnate my wife? If it happens, my children will be straight or gay?  Read Full »

Do you have a question on Prostate Cancer or Prostatitis?