Paget’s disease affects the bones of the pelvis and skull. Read this article to know more about the causes, symptoms, and treatment. 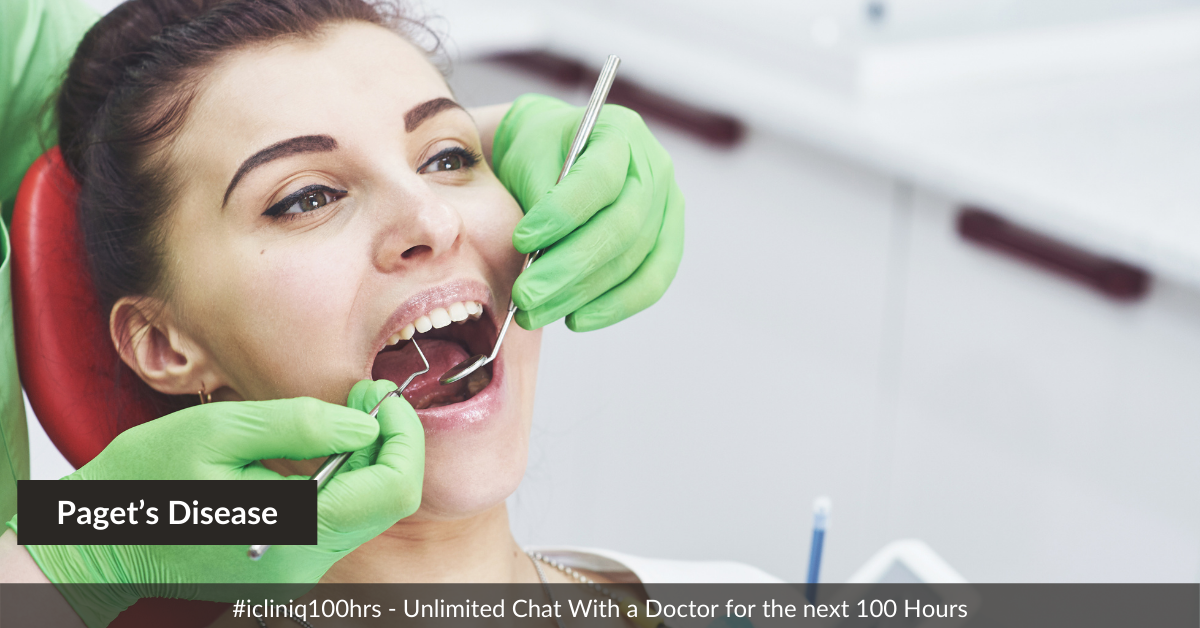 What Is Paget’s Disease?

Paget’s disease is a chronic health condition affecting the skeleton. It is a progressive disease of the bone. It is named after the British surgeon Sir James Paget in 1877. It is a skeletal disorder affecting middle-aged and elderly patients. It might involve multiple bones or a single bone. The involvement of multiple bones is known as polyostotic, and the involvement of a single bone is known as a monostotic bone. The condition is characterized by abnormal and excessive remodeling of the bone in which there is increased osteoclastic activity. It is followed by abnormal bone formation and increased vascularity of the bone. The bones become enlarged, weakened, and more prone to other complications. It is primarily the disease of the osteoclast (bone-destroying cells). This process of bone destruction is known as bone resorption. In Paget’s disease, both the process of bone formation and bone destruction is seen.

What Are the Causes of Paget’s Disease?

The exact cause of Paget’s disease is not known. The patients suffering from this disease are known to have an increase in interleukin-6. The function of interleukin -6 is to fight against the infections occurring in the body.

The other causes of Paget’s disease are:

Whom Does It Affect?

It is usually seen in people over 50 years of age. The intensity of the disease increases with age. Sometimes, it occurs in children. Men and women are known to be equally affected. The occurrence of this condition is higher in England, France, and Germany.

The common symptoms are bone pain, deformity of the bones, neurologic problems, and musculoskeletal issues. The cardiovascular symptoms are also seen in some patients. This condition commonly involves bones such as the femur, tibia, skull, spine, clavicles, upper extremities, ribs, and scapula. The bone pain is the most common complaint by the patients, and it is known to worsen at night. Most of the affected bones might undergo deformation and expansion. The skull bone might become enlarged, causing a big and inflated appearance to the face. Frontal bossing might be seen in some patients. The frontal bossing is the prominent protrusion of the frontal bone. When the bone on the front portion is affected, the adjacent structures of the bone are affected too.

The bones might lack rigidity and will become unable to support body weight. The spinal bone may be involved along with the lumbar and the sacral region. The bones such as tibia and femur in the thigh region might lose its stiffness and the patient becomes unable to stand for a long time. The bones are known to become brittle too. The softening of the bones in the skull is known as platybasia. Platybasia causes flattening of the skull base. The affected portion of the bone causes a warmness over the surface of the skin. This is due to the increased blood supply to that area. It is purely a spinal disease. The fattening of the skull can be seen on a radiograph.

The other symptoms are:

What Are the Oral Manifestations of Paget’s Disease?

Paget’s disease shows a lot of changes in the teeth. The upper jawbones are most commonly affected than the lower jaw. There will be a notable increase in the size of the jaws along with the widening of the alveolar ridge. The palatal portion is the roof portion of the mouth, and this region will seem to become flat. The teeth that are present in the mouth begin to migrate from its original position due to the change in the shape of the bones. This causes a lot of space between the adjacent teeth. Patients who are wearing dentures often feel that the dentures have become tight. This is due to the enlargement of the jaw. It is difficult to make appropriate dentures for these patients as the size keeps changing. As the disease progresses, the size also keeps increasing, and the patient might find difficulties in closing the mouth. The lips become too small to cover the enlarged jaw.

It requires a multi-disciplinary approach, as there is no specific treatment to address the complications caused by Paget’s disease.

Medications such as Aspirin, Acetaminophen, or any other non-steroidal anti-inflammatory agent can be taken under doctor’s advice in case of bone pain. Recent advances have shown the use of anti-pagetic drugs. Bisphosphonates are the most potent drugs that are known to inhibit bone resorption activity. Calcitonin is a hormonal drug that is known to inhibit the hyper-activity of the osteoclastic cells. In this way, the destruction of the bone can be inhibited. Calcitonin is not recommended for patients who cannot tolerate bisphosphonates treatment. Patients who are more than 50 years of age should increase vitamin D supplementation. Exposure to sunlight for a longer duration is recommended. Neurological and cardiological problems should be diagnosed and treated by specialists.

Surgery might be recommended only in cases of severe bone deformities. The procedure called an osteotomy is done to correct the deformed bone. In most of the cases, surgery might not be recommended because fractures of the thigh bones are very common.

What Is Paget’s Disease of the Breast?

It is a disease occurring in both men and women. It affects the skin region over the nipples. In this rare condition, there might be tumors inside the breast region. The symptoms of this disease would be dermatitis, itching, and tingling sensation over the nipple. In some cases, the nipples would have become flattened. Yellowish or blood color discharges may be seen from the nipples in severe cases. It is diagnosed with biopsy specimens and treated with mastectomy procedures. Mastectomy is the procedure done to remove the tissues of the breast.

The complications of Paget’s disease include:

What Is the Prognosis?

Prognosis is good if it is treated before it could make major changes on the bones. Though there is no permanent cure, the symptoms can be effectively managed.

What does my TMT report suggest?

Query: Hi doctor, During a routine medical checkup, I had something wrong with my ECG (resting) and was recommended to go with echo 2D and TMT. I do not have any chest pain. My 2D echo report is fine. However, TMT was done and the report is as follows. Significant ST depression of 0.1 mm in leads V4 - V6 a...  Read Full »

Article Overview: The narrowing of the space where the spinal cord runs in the spine is called spinal stenosis. Read about its causes, symptoms, and treatment options. Read Article

What Is Spine? The spine is the column of bones known as vertebrae, which provides stability and support to the body’s upper part. It is useful in turning and twisting actions. The spinal nerves pass through the openings of vertebrae and help in the conduction of signals from the central nervous s...  Read Article

Article Overview: Vulvar cancer is a type of cancer that occurs on the outer surface of the female genitalia. Read the article to know about the causes, symptoms, types, stages, risk factors, diagnosis, and treatment. Read Article

What Is Vulvar Cancer? Vulvar cancer usually occurs at the opening of the vagina or the urethra. The women’s external genitalia is called the vulva. The vulva is the fatty tissue folding on the two sides of the vaginal opening, the labia majora and labia minora. Cancer on the vulva most commo...  Read Article

Do you have a question on Orthopedic Health or Paget’s Disease?