Osteosarcoma is a malignant bone tumor occurring most commonly in children. Please read the below article to understand better about the disease.

Bone cancer occurs when the bone cells proliferate rapidly and abnormally and form a big mass of tissue or lump. A tumor is nothing but the lump formed by the cancer cells in the body. A tumor may be either benign or malignant. Benign tumors are localized with no tendency to spread to other body parts, whereas in malignant tumors, the cells grow uncontrollably and spread locally to distant sites. Osteosarcoma is a malignant bone tumor that destroys the bone tissue, weakens it, and is cancerous.

Osteosarcoma (osteo - bone tissue and sarcoma - a malignant tumor of connective tissue) is the most common malignant bone tumor in children and young adults. It is also known as osteogenic sarcoma. It develops from immature bone cells. Osteosarcoma being malignant, tends to spread or metastasize to other parts of the body through the bloodstream. It is of mesenchymal origin, and it most commonly involves the long bones of the body, especially the bone around the knee, which includes:

Less Common Locations of Osteosarcoma Include:

What Are the Types of Osteosarcoma?

Osteosarcoma is categorized into three distinctive grades: low grade, intermediate grade, and high grade. The low-grade variant of osteosarcoma denotes that this type grows slowly and is localized. At the same time, the high-grade type spreads quickly and metastasizes (the process of cancer spreading to other parts of the body).

There are two types of low-grade osteosarcoma. They are:

What Are the Causes and Risk Factors of Osteosarcoma?

The exact cause of osteosarcoma is unknown; however, some study says that it occurs due to DNA (deoxyribonucleic acid) mutation inside a cell which may be either acquired or inherited.

The Risk Factors of Osteosarcoma Include:

What Are the Symptoms of Osteosarcoma?

The symptoms of osteosarcoma may correlate with other medical conditions, so it is always a wise idea to consult with a doctor for an accurate diagnosis. Good diagnosis helps in ensuring an ideal treatment.

What Are the Various Diagnostic Measures of Osteosarcoma?

Since the risk factors of osteosarcoma include inherited disorders, it is necessary to check the medical history of a patient to diagnose whether any underlying inherited disorders are causative agents. This gives a better understanding of treating the disease.

Imaging tests help in diagnosing the changes associated with the affected bone and also help in finding out the way to whether or not osteosarcoma has spread to other bones other than the bones affected. Some of the imaging tests include:

1. X-Ray: The doctor will ask to take an X-ray of the area where there is a lump or swelling. It helps in identifying the radiologic features of osteosarcoma, providing a valuable diagnosis.

2. CT (Computed Tomography) scan: CT scan gives out a three-dimensional image of any abnormalities or tumors. It can be used to measure the tumor size. A contrast medium (a special dye) is used before the scan by giving it as a pill or liquid or injected into the vein to get better details of the images. The major role of a CT scan in osteosarcoma is to determine the potential location of tumor metastases.

3. MRI (Magnetic Resonance Imaging): Unlike X-rays, an MRI uses magnetic fields to produce detailed images of the body. It is also used in measuring the tumor size and helps the doctor in planning surgery.

4. PET (Positron Emission Tomography) scan: A PET scan is usually combined with a CT scan called a PET-CT scan. It is also used in the diagnosis of osteosarcoma, which is preferred by some doctors. In this, a radioactive sugar substance is injected into the patient's body, where the cells absorb the radioactive substance and give out better details of images of the affected area.

5. Bone Scan: In a bone scan, a radioactive tracer is used, which differentiates between the healthy bone and the affected bone.

Biopsy refers to the removal of a small number of tissues from the affected site and sent for a microscopic examination which is analyzed by the pathologists. Only a biopsy can bring about a definitive diagnosis, whereas all other tests just ensure the presence of the tumor.

How Is an Osteosarcoma Treated?

Treatment of osteosarcoma depends on the growth rate of the tumor, age of the patient, overall health of the patient, and various other factors. Since it is more prevalent among children, determining effective treatment for a child patient is quite challenging as the treatment effect varies with each patient. Some of the treatment modalities are as follows:

1. Surgery: In surgery, removal of the tumor and some amount of surrounding affected tissue is done. In most cases, osteosarcoma just affects the surrounding area of the bone and not the entire bone. In such cases, surgery is done without amputation (cut-off limb by surgical operation). This is known as “limb salvage surgery.” Unfortunately, in certain cases, the tumor involves the entire bone, which needs to be amputated, and an artificial limb (prosthesis) is placed; such surgeries are known as “limb sparing surgery.” Replacement of amputated limb is done by placing artificial limbs or bone grafts from another body part or a donor.

2. Chemotherapy: Chemotherapy means killing cancer cells with drugs. It is given before and after surgery.

3. Neoadjuvant Chemotherapy: In this, the chemotherapy is started ten weeks before surgery so that cancer cells get shrunk, facilitating the complete removal of cancer cells from the body.

4. Adjuvant Chemotherapy: In this, chemotherapy is given after surgery to kill any remaining cancer cells. It usually takes an additional 18 weeks after surgery.

5. Radiation Therapy: It is used in limited cases where surgery is not possible. This type of therapy uses high-energy X-rays to kill cancer cells.

Other than all these therapies, scientists are keen on developing newer therapies to come up with a better solution for the disease.

What Are All the Complications of Osteosarcoma?

Osteosarcoma tends to recur even after the treatments, which last for a long time. These might include:

Can Osteosarcoma Be Prevented?

Unfortunately, osteosarcoma cannot be prevented, but an earlier diagnosis helps in successful treatment in curing the disease.

Dealing life through cancer at an early age is not easy but overcoming it through successful treatment is possible. Even though it is highly fatal, early diagnosis of the disease and starting treatments at an early stage of the disease possibly increase the probability of survival. Patients who deal with such difficult stages require proper support from family and friends, and working closely with healthcare providers gives a big ray of hope to the patient, especially pediatric patients should be given proper care at each step. Regular follow-up and proper treatments are highly necessary to prevent the recurrence of osteosarcoma after treatment. 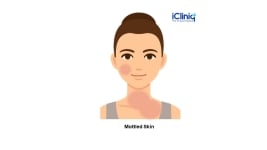 Do you have a question on Osteosarcoma or ?