iCliniq / Answers / Hematology / Chronic Lymphocytic Leukemia / My father has a persistent fever after first chemotherapy session. Is it due to CLL?
ADVERTISEMENT

Q. After the first chemotherapy session for CLL, my dad has a persistent fever. Why?

Answered by
Dr. Parth R Goswami
and medically reviewed by iCliniq medical review team.
This is a premium question & answer published on May 24, 2017 and last reviewed on: Sep 25, 2021 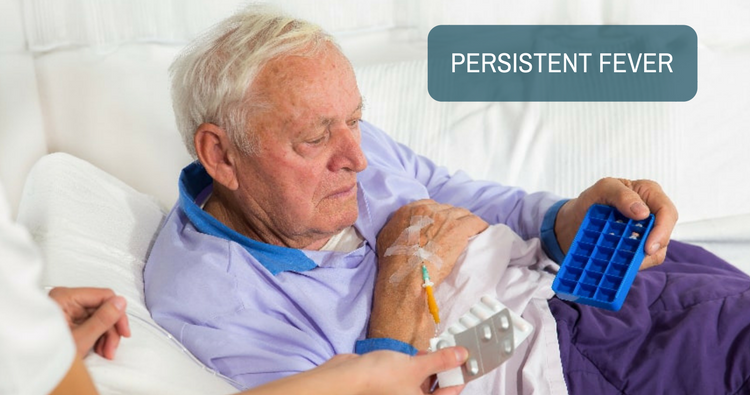 I would like to enquire about my dad's health. He is 82 years old and has been having chronic lymphocytic leukemia for the past seven years. He had no symptoms other than the high blood cell count and was doing regular checkups every six months. Recently, his hemoglobin level dropped a lot (around 3 to 4 g/dL), white blood cell count was very high, he also had a high percentage of antibodies in his blood. I was also told the red cells were being destroyed. He was admitted to the hospital and was given Mabthera, after which he got better and went back home. His oncologist prescribed him a chemotherapy treatment of Mabtehra and something else. After the first chemotherapy session, he got a fever spell that has been persisting till today. It has been two weeks, and he still has a high fever, around 39 to 40 degrees Celsius, once every 24 hours.

He was admitted to the hospital the day he had the first fever peak and all tests have been run to try to identify an infection or a cause for the fever. He underwent blood tests, x-rays, scans, hemoculture, etc. Nothing seems to show what the reason for the fever is. We were told it could be a symptom of the CLL itself. What do you think? I would like to seek a second opinion. Thanks in advance.

Related Questions:
Fever in Babies: When to Call the Doctor


.. symptom. When babies have fever, it can be traumatic for the parents as well, because they are unsure of what is causing it and how to soothe the baby. Adding to their anxiety, the baby is unable to explain his/ her discomfort in words. This artic...   Read full

My father has severe diarrhea after chemotherapy for colon cancer. Please help.


.. be due to surgery or chemotherapy or both. Normally, the patients should not have this much diarrhea. If it remains uncontrolled, you may have to stop chemotherapy for some days.Weight loss is common in this condition. After chemotherapy, he shoul...   Read full

My daughter has cough. Shall I give her Dexona?


.. CBC (complete blood count) and a chest x-ray before starting Dexona (Dexamethasone) as it is a steroid. Also, there may be a history of childhood asthma (hyper-reactive airway disease) and it is better to be sure before giving this medicine. This ...   Read full