iCliniq / Answers / Internal Medicine / Sinusitis / Why is Z-pak not working for a sinus infection?
ADVERTISEMENT
ADVERTISEMENT

Q. Why is Z-pak not helping my sinus infection?

Answered by
Dr. Salah Saad Shoman
and medically reviewed by iCliniq medical review team.
This is a premium question & answer published on Jun 27, 2018 and last reviewed on: Sep 12, 2020 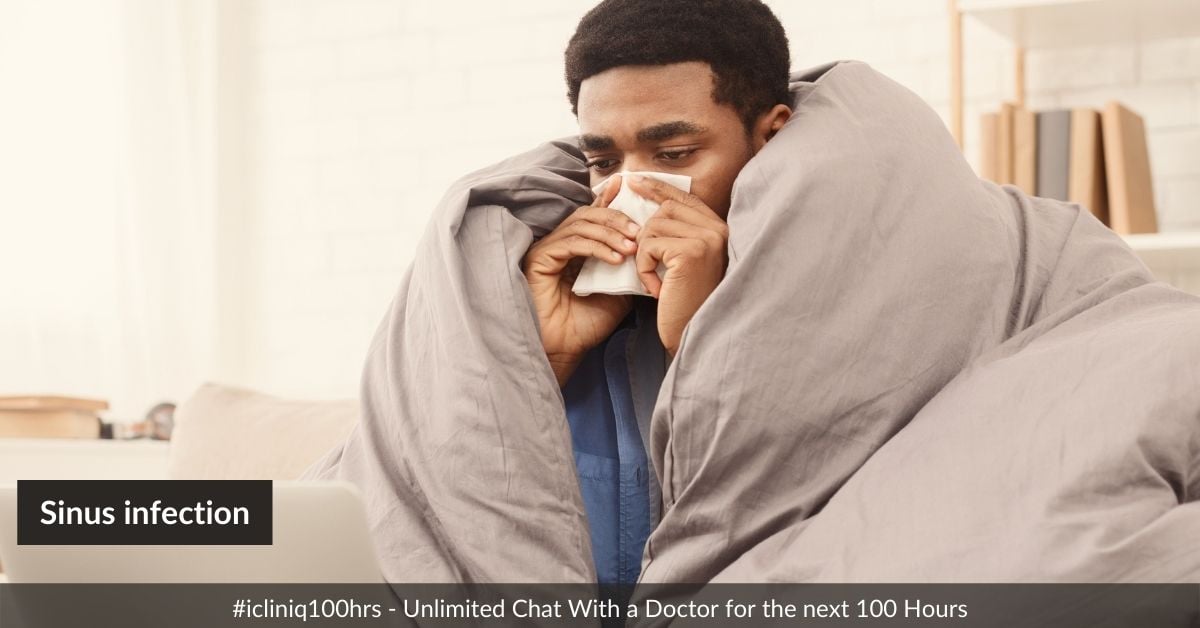 I am a 41 year old female. I have been sick for almost a month now. I went to my doctor and he gave me Z-pak antibiotic for sinus infection. Normally, Z-pak makes me feel 100% better in a day or two after taking them. Instead of feeling better, I felt worse. I have completed all the Z-pak and still no improvement. All eight days of taking the antibiotic, I was coughing up thick green mucus, thick green mucus when blowing my nose and feeling extremely bad with no energy. I went to the ER and a chest x-ray and blood work were ordered. I was given a bag of IV fluids as well. The doctor said I have an upper respiratory infection (viral) and malaise. I was told to take rest, drink lots of fluids and get a decongestant and that is exactly what I did. Now, almost a month gone by and I still do not feel better at all. Does an upper respiratory infection supposed to last this long?

The symptoms you are experiencing can be due to any of the following.

Related Questions:
Is it safe to take Atarax when pregnant?


.. her pregnancy. I have gone through your history and understand your concerns. Yes, antihistamines are considered safe during pregnancy. As it is prescribed in a very low dose and she is in her second trimester, she can consume it, but not for a l...   Read full

Can sinusitis cause bad breath?

How do I confirm that I have got a viral or bacterial infection?


Since my fever went down with antibiotics can it be bacterial ... Your doctor must have anticipated that your infection as bacterial as you responded well to antibiotics ...   Read full