Opioids have been used as pain relief medication for the past several centuries. But, in today’s age, apart from its medicinal use, they are also being taken recreationally, leading to rampant abuse and the growing menace of opioid addiction. This has severe implications on physical as well as psychological (mental) health. 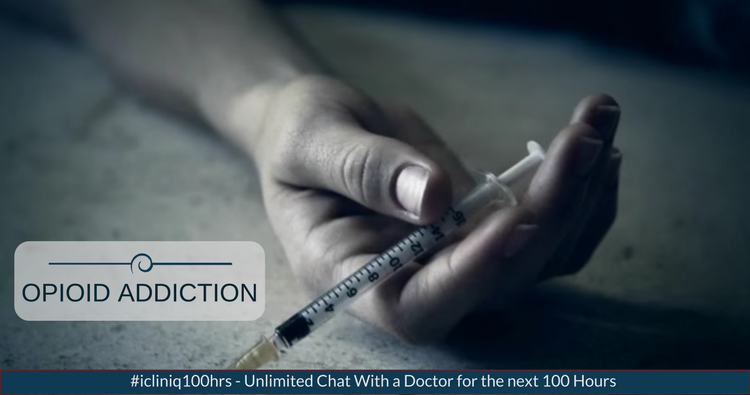 Opioids are the derivatives of the plant Papaver somniferum, commonly known as the poppy husk. They are medically used as analgesics to relieve moderate to severe pain.

They Are Classified As

My anxiety disorder relapsed after I drank beer. What should I do?
I have anxiety disorder and was prescribed with 5mg lorazapam. But this dosage gives poor response. Is it safe to take one more tablet?
My husband behaves weirdly in the bedroom. What is wrong with him?

The Intoxicating Effects Include

As per the latest reports, there has been a paradigm shift in the consumption pattern in terms of switching from naturally-occurring opioids to synthetic opioids consumption, which has lead to a significant rise in physical illnesses as well as psychiatric illnesses.

A diagnosis of dependence can be made if any three of the above-mentioned symptoms are present together at any given point in the past one year.

What Do You Think Is Stress in Your Daily Life? Stress is not just a mental illness. It is not merely a disease of your brain and not always mean that you have a serious psychiatric disorder. It is a multi-factorial disorder including general physical wellness, issues related t...  Read Article

What precautions need to be taken to prevent HIV and AIDS?

Query: Hello doctor, What are the precautions that need to be taken to avoid HIV and AIDS?  Read Full »

Is it safe to exercise if I do not have structural heart problems?