Yoga and its Health Benefits

Yoga is becoming prominent in the medical field because of its beneficial results for various ailments. It has become evident with research as well as clinical observation. Learn more about this safe, economical, and easy way of life. 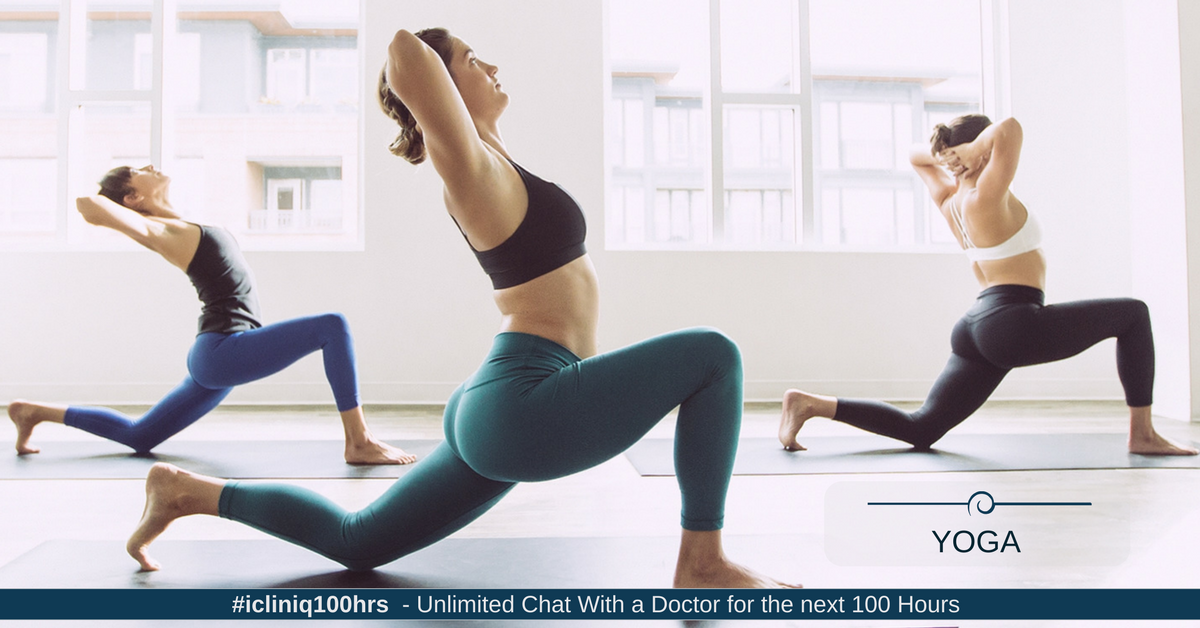 Yoga is an ancient Indian science which has gained prominence in the medical field in the last 20 years. Reason for this popularity is, accumulating research evidence and testimonials from patients regarding health benefits. According to Sage Patanjali, who is the author of the yoga text “Patanjali Yoga Sutra”, yoga is a way to control the modifications of mind.

If we just have a look at the eight limbs of “Ashtanga Yoga” it will become clear to us that yoga not only works on mind but also helps in maintaining physical fitness. Eight limbs of yoga are:

How does yoga help senior citizens?
I lack confidence in myself and cannot talk to new people. Please help me.
Shall I use oxygen concentrator to do pranayama?

Efficacy of Yoga in Management of Several Diseases:

Though yoga is sometimes considered as equivalent to exercise, meditation and pranayama makes it different from routine exercise, which gives additional benefits. It has also been observed that yoga provides us a safe and effective tool for dealing with the problems related to ageing. Apart from being safe, it is cost-effective and easy to learn. It will not be wrong to say that future of medicine is not just about prescription of drugs by consultant, but also prescription of specific lifestyle to avoid the ailment and to tackle the one existing already. And yoga is going to secure a place in prescription in future.

To know more about asanas and pranayama, consult a yoga specialist online --> https://www.icliniq.com/ask-a-doctor-online/yoga-specialist

Yoga is a method of praying and praising your body. Yoga helps in ensuring flexibility to the body and attain stamina to perform day-to-day activities. It has to be done in an enjoyable way. Yoga should not be done as an obligation to the body. It should be done by enjoying the graceful bending and stretching.

What Are the Types of Yoga?

What Are the Benefits of Yoga?

Yoga provides the following benefits.
- Stretches the shoulder and arms.
- Serves as a therapy for asthma, indigestion, backache, and congestion.
- Improves concentration.
- Lengthens the spine.

Yes, yoga can reduce belly fat. Yoga serves as a good alternative option for gym workouts. The fat that is present in the abdomen can be reduced with yoga. It provides a refreshed feeling for the body, mind, and soul.

When Should You Not Do Yoga?

Is It Possible to Reduce Weight With the Help of Yoga?

Yes, it is possible to reduce weight with the help of yoga. Dhanurasana is a yoga that can work well for weight loss. Weight loss with yoga is a progressive process and will require time to notice better results.

How Often Should I Do Yoga?

Yoga can be practiced three or four times a week. If you are a beginner, then you can perform yoga on alternative days. It is better to practice yoga during the morning time. You can use a yoga mat for your practice.

What Is the Best Time to Do Yoga?

Yoga feels more energetic and effective when it is performed during the morning time. It provides complete positivity for the day. If the posture is performed correctly, yoga can be a good exercise if it is done during the evening time also.

What Happens to Your Body When You Start Doing Yoga?

When you start practicing yoga, your core muscles will start to strengthen. Your triceps muscles start building up. The food preferences might also change when you start performing yoga. The hormonal level is balanced, and the stress is greatly reduced. The flexibility of the body is greatly increased.

Which Yoga is the most difficult?

What Are the Exercises That Can Be Done at Home?

Are There Any Simple Yoga Exercises?

Why Is Yoga So Healthy?

Yoga is so healthy because of the following reasons:
- Builds core strength.
- Improves balance and stability.
- Expands chest, lungs, and shoulders.
- Strengthens the glutes, thighs, and leg muscles.

Can Yoga Heal Your Body?

Yoga can help in overcoming physical injuries. Yoga is the best form of mindfulness exercise. There are a lot of mental and physical benefits of yoga. The muscles in pain can also be relieved by yoga. Yoga can be helpful for back pain problems also.

Can Yoga Help With Anxiety?

Anxiety is a psychological problem. Medical reports suggest that mood can stabilize by yoga practices. Endorphins are released in yoga and can help in providing a happy mood. The symptoms of depression can be overcome by performing yoga. You can also get help from icliniq.com.

What are the best exercises for ankylosing spondylitis with Andersson lesion?

Query: Dear doctor, Can you tell me which exercises are the best to do when one is having ankylosing spondylitis with an Andersson lesion apart from any outdoor exercises?  Read Full »

Query: Hi doctor, Please suggest me the yoga names to improve blood flow to the testicles. I have weak erections, watery semen, and loss of libido. I am taking Pantogem DSR for indigestion and Stalopam plus for stress. My local doctor prescribed these medicines.  Read Full »

Do you have a question on Meditation or Yoga?