Negative symptoms have time and again proven to be the most difficult aspects in the treatment of schizophrenia. This article focuses on a brief description of the types of negative symptoms, their progress over the course of the illness, and newer emerging molecular targets for their treatment. 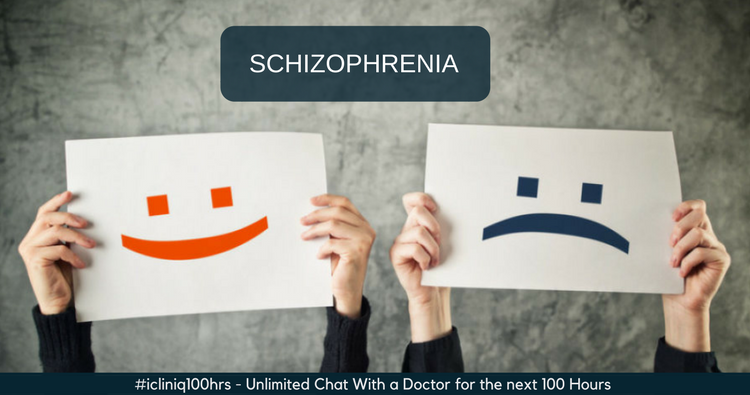 Schizophrenia is a complex brain disorder, which has its pathogenesis in neurodevelopmental anomalies. The 5 domains of schizophrenia include:

However, negative symptoms are not unique to schizophrenia alone.

Related Topics
I get negative thoughts periodically. Is this a mental illness?
Am I suffering from schizophrenia?
Stress in a Broad Perspective - More Than Merely a Mental Illness!!

Factoring in all these points, it becomes imperative to seek comprehensive professional psychiatric help early in the course of the illness. The prodromal phase of schizophrenia presents with memory disturbances, vague anxiety and depressive symptoms, progressive social withdrawal, before the positive symptoms set in. This prodrome can last as long as 5 years before the onset of core psychotic symptoms, like delusions and hallucinations.

(a) Psychosocial interventions: These are as important as psychopharmacological interventions, if not more. Forming support groups, and meeting at regular intervals of these groups is important. During these group meetings, individual experiences and problems are voiced, client participation is encouraged, the progress made so far is assessed, and future goals are ascertained.

(b) Cognitive Behavioral Therapy (CBT): Therapists aid the clients in unlearning older maladaptive behaviors, and focusing on learning newer adaptive ones. Therapy is always individualized as there is no one-size-fits-all treatment. Studies have consistently shown that individual therapy is better than group therapy in the treatment of negative symptoms.

There is definitely hope for those afflicted with the deficit syndrome, what with researchers identifying a plethora of molecular targets. Consult a psychiatrist online for management of schizophrenia --> https://www.icliniq.com/ask-a-doctor-online/psychiatrist

Article Overview: Novel brain stimulation techniques have developed in the field of psychiatry. This article focuses on the newer modalities of brain stimulation in the treatment of complex neuropsychiatric disorders. Read Article

Introduction Brain stimulation technique is a broad term that encircles a set of techniques that are used to stimulate brain cells. After having highly effective psychotropics and psychotherapy in their treatment armamentarium, psychiatrists are now entering into the field of interventional psychia...  Read Article

How to convince my brother for his schizophrenia treatment?