This article attempts to elaborate the situation of premarital couples who are concerned about their hemoglobin electrophoresis to predict their baby's genotypes with respect to the sickle cell disease. I picked this particular topic because a friend recently asked me what it meant for himself and his fiance to have sickle cell genotypes? On this article, I attempt to raise some clear points to address this issue and help patients reach an informed decision making, which will go a long way to help both their relationships and prevent giving birth to defective babies. 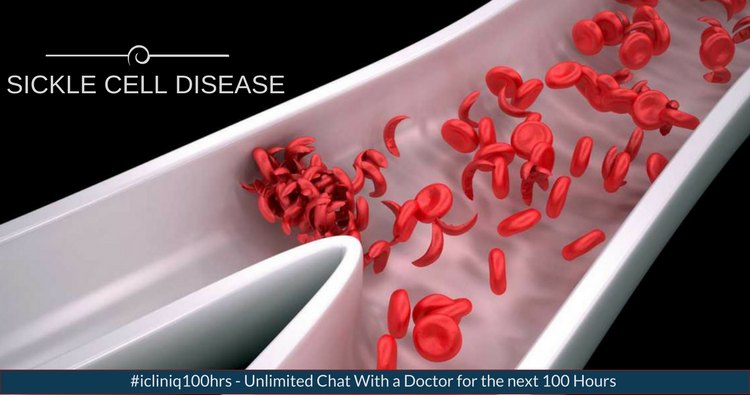 Now while there is no easy answer to this particular dilemma, I will try to present health facts available to assist those intending to marry so that they may make an informed decision. The following are the questions that will always pop-up at doctors' offices. Should couples marry on genetic matching or love or for other socioeconomic reasons? Can a doctor openly tell a patient not to marry or marry depending on the test results? All these questions are hard to answer, but I will try to elaborate some points. These points are written down to guide you and are not in any way to be used as the gospel truth.

Sickle cell disease is very common among the black descents and leads to high rate sickness and early death. There are also a high prevalence (proportion) of healthy carriers. It is one of the genetic diseases that affect blood (hemoglobin abnormality) and can be inherited from either sickler parents or non-sickler parents. For simplicity, we shall be using sickler and non-sickler to denote the 100% gene carriers (SS) and the 50% (AS) or 0% (AA) gene carriers respectively. The sicklers often present with chronic, moderate or severe anemia (hemoglobin less than 8 g/dL and the normal is above 12 g/dL) and often have a vaso-occlusive crisis (repeated and severe painful symptoms). They are predisposed to quickly acquire infections of all sorts because of their vulnerable blood systems.

Do not fall into the trap of going to do the test on your own without consultation with a qualified health professional that is, an expert in premarital counseling, sexual or reproductive health counselor, medical doctor, experienced nurse, etc. Let those experts refer you to the right laboratory with a good track record. You do not want to be given a false report as that can further worsen your psychological state.

How to evaluate the reason for low hemoglobin?
Will our blood group combination create a problem at the time of conceiving?
Sickle Cell Disease - Screening and Marital Decisions

Nature of the Test:

The name of the test is called hemoglobin electrophoresis which is reported as AA, AS or SS. Also, HbAA, HbAS, HbSS and others exist. These are just letters representing the sickle cell genotypes. Letter “A” represents the healthy genotype, while letter “S” represents the sickle genotype. The combination of one of both as presented above can predict certain future health outcomes for either you or your baby. That is to say, if you have AA - healthy person, AS - healthy carrier and SS - sickle cell patient. Hemoglobin electrophoresis is just a fancy word for the type of technique used to reach that conclusion.

Whom Does it Concern?

It concerns everyone especially newborn babies, married and unmarried couples. Everyone should be aware of their hemoglobin electrophoresis status, not only blood group ABO and rhesus antigens. They should be aware because it has to help them choose the best genetic match for procreation (giving birth). By this, I meant to say that couples can avoid giving birth to sick babies by marrying the partners who will be less likely to give them children that will be sick.

The Importance of Testing Before Marriage:

It is true that love is the main reason many couples use to get married, but those who soon face the challenge of giving birth to sick babies will realize that their love will not be enough to alleviate the pain and sufferings of their child. I am not in any way insinuating that couples at risk of giving birth to sickler babies should not marry, but I will present points that can help them decide if they wish to proceed with the marriage. It is worth that most sicklers do not survive more than the age of 19 years and those that manage (with access to latest treatment protocols) can make it up to around 40 to 50 years. It is also true that our life expectancy at birth is only 56 years, but with a sickler, it is like living with a gun pointed at your head all the time and not knowing when the shot shall be fired.

Implications of Marrying a Good and Bad Genetic Match:

The consequences are simple, which is the increased likelihood of giving birth to a sickler baby. Besides this particular outcome of the bad genetic match, there will be other socio-cultural, socio-economic and socio- psychological implications of this.

To the couple who can love each other and be lucky to be a match, it is a good thing. But for those who can find each other and be lucky the same time, will simply get frustrated finding the right genetic match. Good matching will give birth to healthy babies and fewer cases of sickle cell, hence moving towards the complete elimination of the sickle cell disease. It is, of course, an almost impossible target ever to reach because of the sociocultural implications involved.

How Does it Happen?

During screening (premarital testing) a couple will need first to be counseled on this particular aspect and be presented the possible outcomes and implications for them. They will have to discuss with their healthcare provider and be very open by asking questions and be ready to answer questions too. They will then be sent to the choice laboratory and a blood sample collected, analyzed and reported. Your doctor will likely request for other sexually transmitted diseases tests like HIV, syphilis, chlamydia, etc.

What Does the Final Result Mean?

First, let me elaborate on genetic matching and marriage.

When you obtain your test results, it will either be AA, AS or SS. The SS is hardly diagnosed in adulthood because by then they must have been sick several times while they were still babies. So, most adults that are sickle are already aware and coping with the condition and will most likely not want to marry another sickler, though they are a few dare cases. I used the word dare case because they are the result of two sicklers getting married despite knowing that they will automatically give birth to a sickler baby. There is no going around that; it is a 100 % chance (SS x SS = SS).

For the AA types, they are good to go, that is, they can marry any other type AA or AS or SS and will still give birth to all healthy babies who can either be carriers (AS) or normal (AA).

What Does This Mean to the Couple?

I believe by now the above criss-cross must have given you a headache. Relax, there was no easier way to present the above. So, if after the report you see that your chances of giving birth to a sickler baby are high (more than 50 to 100 %), it is best you reconsider having babies. I make mention of having babies because a couple can still marry without having babies and alternatively adopt. But in our context, we are not yet up to that point where a couple can marry and decide not to get biological children for one or more reasons. In this particular context, it is better the couple abstain from getting married altogether, especially if they are aware that not having a baby after marriage is not an option. This will help to minimize the risk of giving birth to sickler babies completely. On the other hand, if their chance of giving birth to a sickler baby is below 50%, then the couple can still risk trying to have a baby as the chance of having a normal baby is high. These percentages are not absolute predictions or will not happen as I said before that for every four children, one could become sickler and the rest normal. In many cases, all the children can be normal. In some, the first child can be the sickler, and in others, all the babies can be sicklers. Since these happen randomly during the reproductive cycle (from sex to conception), one cannot predict in absolute terms which baby will come first.

I know a couple who had twin males (first birth), one is a sickler, and the other is a healthy baby. The only explanation for this is that they are the non-identical twins because if they were identical, they both would have been either normal or sicklers. Some years after, the same couple gave birth again to another set of twin females, but both came out negative for sickle cell test. It is just to tell you that there is no 100% certainty when it comes to the AS/AS or AS/SS combinations, except the AA/others or SS/SS combinations which have 100% certainty of the outcomes.

Query: Hi doctor, I am suffering from low hemoglobin levels. I have attached my laboratory test report. I have a habit of eating raw rice, which I am suspecting as the reason for this low count. Kindly have a look and prescribe medicines to increase my hemoglobin levels. I am currently taking Orofer XT one...  Read Full »

Why are my hematocrit, RBC, Hb, and mean cell volume elevated?

Query: Hello doctor, I have been feeling unwell for a long time. These are my recent blood results. My doctor says that my hematocrit, RBC count, hemoglobin and mean cell volume have been out of the normal range for at least 10 years as that is how far back he can see. I think it should be investigated. W...  Read Full »

Is there any test to determine the chances of a person having abnormal kids?

Query: Hi doctor, Can normal tests tell that a person will have abnormal kids or no kids at all? Please explain.  Read Full » 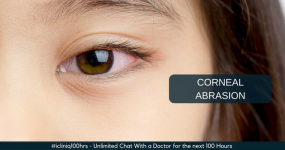 How to Relieve the Pain Caused by Corneal Abrasion? - Precautionary Measures | Symptoms | Treatments |