Bipolar Disorder: Multiple Mood Episodes, but where is the Solution?

Bipolar disorder is characterized by bouts of depression and spells of intense happiness. This article focuses on the clinical features of this disorder and the available treatment options. 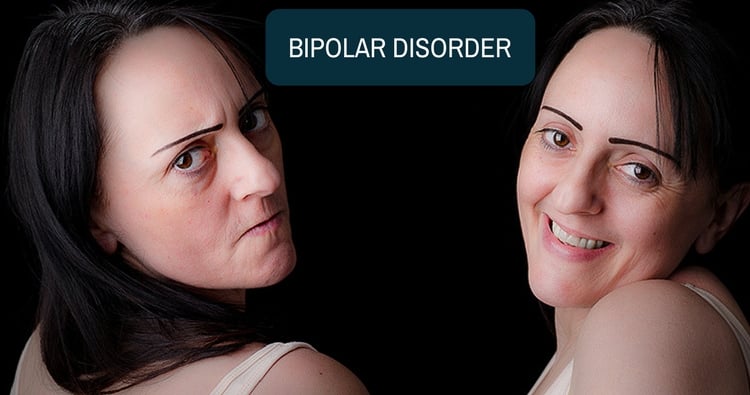 What Is Bipolar Disorder?

Bipolar disorder was previously called manic-depressive psychosis, or MDP. There has been a paradigm shift in the understanding of this complex brain disorder.

What Are the Inheritance and Perpetuation of Manic Episodes?

Those afflicted with bipolar disorder are prone to a lot of mood changes, sometimes on a day-to-day basis. This disorder runs in families, and research has identified many loci for its inheritance.

The various facets of this disorder include hypomania, mania, and depression. Each of these phases can be debilitating. The majority of those suffering from bipolar disorder spend their time being depressed rather than in mania or hypomania.

What Are Behavioral Disturbances?

Mood episodes are intense, and people are prone to have behavioral disturbances during such episodes. It is imperative to seek professional help from a psychiatrist.

If left untreated, there will be serious socioeconomic implications with resultant loss of functioning capacity, quality of life, pay, and absence from work.

What Are the Symptoms of People with a Manic Episode?

What Are the Symptoms of People with a Depressive Spell?

On the other hand, those having a depressive spell will experience symptoms that are poles apart from that of a manic episode.

What Are the Risk Factors of Bipolar Disorder?

Factors increasing the risk of developing bipolar disorders are,

What Are the Complications of Bipolar Disorder?

When bipolar disorder is left untreated, it can result in serious problems affecting every day of your life, such as:

How Is Bipolar Disorder Diagnosed?

How Is Bipolar Disorder Prevented?

Bipolar disorder cannot be prevented. But getting treatment at the earliest can help prevent bipolar disorder or any other mental health conditions from getting worsened.

When you have been diagnosed with bipolar disorder, following some strategies can help to prevent minor symptoms from becoming full-blown episodes. They are,

How Is Bipolar Disorder Treated?

Risk for recurrent episodes exists throughout one's life, and one school of thought says that prophylaxis should be for a lifetime. Again, there are differing schools of thought, as there is none to fit all treatment.

Those who have a preponderance of repeated depressive spells in their course of this disorder are treated with Olanzapine-Fluoxetine combination, Quetiapine, or Lamotrigine. All atypical antipsychotics serve as antimanic agents.

''Talk'' therapy can help clients change their behavior and manage their lives. Therapy should also include family members, and they should be educated about the illness, its natural course, prognosis, and treatment options.

A specialized form of therapy, called Interpersonal and Social Rhythm Therapy (IPSRT), exists for clients with bipolar disorder. All psychiatrists undergo training to administer this form of therapy.

Can Bipolar Episodes Be Controlled?

There is no such cure for bipolar episodes, but it can be managed through mood stabilizers, behavior therapy, and other bipolar medicine. Triggering factors substances such as alcohol, caffeine, stress, and drug use should be avoided to prevent the occurrence of a bipolar episode. Exercise can also improve mental and physical health to control bipolar episodes.

What Helps During Bipolar Disorder?

The bipolar disease can be managed by maintaining a proper diet and exercising regularly. In addition, the person should communicate with others and avoid isolation. Finally, recognizing the signs and symptoms helps manage bipolar disorder effectively.

How to Calm Down a Person Suffering From Bipolar Disease?

The mood swings of a person suffering from bipolar disease can be stabilized by developing and sticking to a particular schedule. Then, the person can calm down by sleeping, exercising, relaxing, and socializing.

How Long Does Episode of Bipolar Disease Last?

Bipolar disease consists of manic disease, whose episode lasts for about seven days. Sometimes the outbreaks of bipolar disorder last for three to six months. However, such attacks improve within three months of treatment.

What Is the Best Method to Stabilize Mood for Bipolar Disease?

Mood stabilizing drugs are used mainly for bipolar disease. Lamotrigine is considered an effective stabilizer against depression in bipolar disorder. The initial dose of Lamotrigine is low and is increased slowly over four hours.

What Is Natural Mood Stabilizer Used for Bipolar Disorder?

What Is the Risk Developed Among Individuals Related to Bipolar Disorder?


First-degree relatives such as siblings or parents can increase the chance of having the bipolar disease. High-risk periods, traumatic periods, or the death of loved ones are the risk factors that can cause bipolar disorder. The other risk factor involves alcohol or drug abuse.

The bipolar disease does not go away quickly. It takes time for treatment. The possible way is to manage it by developing skills to overcome depressive and maniac episodes. Therefore it is curable when treated and managed effectively and early.

What Is the Root Cause Due to Which Bipolar Disorder Occurs?

How Serious Is the Occurrence of Bipolar Disorder?

The occurrence of bipolar disorder is serious that causes unusual mood swings that range from mania to depression. The untreated bipolar disease can be life-threatening, impairing, and frightening. However, after undergoing treatment, people with this disorder can live satisfying and productive life even in the ups and downs of life.

Why Does Bipolar Disorder Appear to Be Common?

Bipolar disorder appears to be expected. Every 1 in 100 individuals suffers from this disorder. It can occur at any age, most commonly occurs between 14 to 19 years, and rarely develop at 40.

What Happens if Bipolar Disorder Is Left Untreated?

What Are the Challenges Faced by People Who Have Bipolar Disorder?

How Does Bipolar Disorder Affect the Life of an Individual?

What Can a Person Unable to Perform With Bipolar Disorder?

Impulse control, frequent mood swings, poor judgment, hyperactivity, irritability, and inability to concentrate are common symptoms of bipolar disorder. These symptoms affect the interaction and ability to perform tasks. As a result, people who have bipolar disorder are unable to perform daily activities.

Why do I have mood swings, hot flushes and low mood around my periods?

What is the cause for having sudden mood changes and fear of losing people?

Query: Hi doctor, I often feel very low, anxious, and stressed. I try diverting myself, but I still get into a trance, where I feel sad. I am afraid of losing people, and keep thinking about what they think and how they feel. Even though they are not worthy of my sorry at times, I still apologize out of ...  Read Full »

Do you have a question on Depression or Bipolar Disorder?