Hashimoto's thyroiditis is a condition where the immune system attacks the person's thyroid. Please read the article to know how this autoimmune thyroid disease affects the gland. 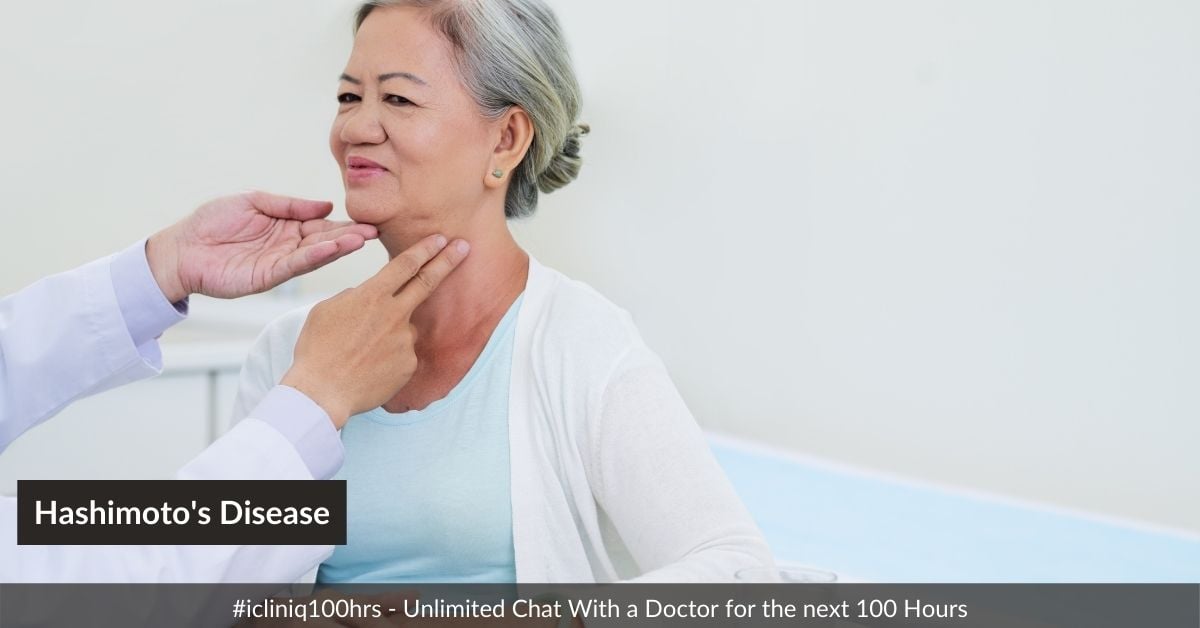 What Is Hashimoto's Thyroiditis?

Hashimoto's thyroiditis is distinguished by lymphoid infiltration of the thyroid, destroying the thyroid follicles and eventually leading to fibrosis and thyroid enlargement. Hashimoto's disease is the most common cause of hypothyroidism, and the terminology of autoimmune hypothyroidism is confusing as some authorities reserve the term,

Therefore, both these syndromes are variants of the same underlying illness.

What Are the Causes of Hashimoto's Thyroiditis?

The exact cause is unknown, but the following factors play an important role. They include,

1) Hereditary - It is suggested that a genetic component is present in people with Hashimoto's disease, that is, family members have thyroid disease or other autoimmune diseases like,

2) Sex Hormones - It is suggested that sex hormones play a major role in Hashimoto's disease affecting about seven times in women compared to men. Also, some women experience thyroid problems during the first year after pregnancy, and this problem usually goes away with time, and as many as 20% of these women may develop Hashimoto's disease years later.

3) Increased Iodine - A trace amount of iodine is required by the body to make thyroid hormones, but certain drugs and excessive iodine trigger thyroid disease.

4) Excessive Radiation Exposure - Increased cases of thyroid diseases are seen in people who are more exposed to radiation.

Related Topics
I suffer from deep muscle and joint pain with inflammation throughout my entire body. Why?
I am extremely fatigued and had an episode where I was unresponsive. Please help.
Is my ANA titer high due to Hashimoto's thyroiditis?

What Are the Symptoms of Hashimoto's Thyroiditis?

The symptoms of Hashimoto's thyroiditis may not be noticed at first, or it takes years to develop. The first sign of the disease is swelling at the front of the throat, an enlarged thyroid, called a goiter. After years, Hashimoto's thyroiditis typically progresses and results in chronic thyroid damage and a drop in thyroid hormone levels in the blood. The other symptoms include,

What Are the Clinical Features of Hashimoto's Thyroiditis?

The thyroid is a small, butterfly-shaped gland situated in the front of the neck (anterior to the thyroid cartilage) below Adam's apple. Thyroid hormones control the body and can nearly affect every organ in the body, even the heartbeats.

In people with Hashimoto's, the immune system turns against the body's own tissues and attacks the thyroid, and leads to a condition called hypothyroidism, where the thyroid does not make enough hormones for the body.

There are high chances to develop Hashimoto's disease if other family members have this disease.

There is an increase in the incidence of approximately 3 women and 0.8 men per 1000 people each year.

Many presents with a small or moderately sized diffuse goiter, which is characterized by,

The goiter may be soft, however, and impossible to differentiate from a simple goiter by palpation alone.

In more than 90% of patients with Hashimoto's thyroiditis, the antibodies of antithyroid peroxidase are present in the serum. In those under 20 years, antinuclear factor (ANF) may also be positive. In many cases, thyroid antibodies are raised, suggesting an autoimmune disorder.

What Are the Complications of Hashimoto's Thyroiditis?

Hashimoto's disease leads to a number of health problems, such as:

How To Diagnose Hashimoto's Thyroiditis?

Diagnosis is based on signs and symptoms and thyroid hormone and thyroid-stimulating hormone (TSH) levels produced in the pituitary gland. These may include:

Abnormal antibodies are diagnosed in this autoimmune disease. TPO enzyme is usually found in the thyroid gland and plays a vital role in producing thyroid hormones. Antibodies against TPO are not positive for everyone with Hashimoto's thyroiditis because this antibody is sometimes present even in goiter, hypothyroidism cases.

Before, we could not detect hypothyroidism until symptoms were predicted, but now sensitive TSH screening tests help diagnose the disease earlier, even before you experience symptoms.

TSH is checked first, followed by a thyroid hormone test if needed. TSH tests help in managing hypothyroidism and determine the right dosage of medication.

What Are the Treatment Options of Hashimoto's Thyroiditis?

Treatment for Hashimoto's disease is a wait-and-see approach that involves observation and use of medications according to thyroid functioning.

TSH and TGAB are high. Could this be Hashimoto's disease or cancer?

Query: Hi doctor, I have done all thyroid tests and worried about the results.TSH is high at 4.56 milli international units per liter and thyroglobulin antibodies were high 2.8 IU/mL. TOP, T3, and T4 were normal; TPO 14 IU/mL and T4 free 0.95ng/dl. I am having throat pain and I feel like my glands are swo...  Read Full »

I have hypothyroidism after taking medicines for hyperthyroidism. What is going on?

Query: Hello doctor, I am a 26 year old female. Seven years ago, I was diagnosed with hyperthyroidism. I took medicines and my thyroid hormones got normal. After that, I stopped taking medicines. Everything was fine for two to three years. But after some time, I came across symptoms like weight loss, anxi...  Read Full »