Sinusitis is the infection of the air cavities within the nasal passages. Normally, healthy sinuses are filled with air. When there is an infection, the sinuses get filled with fluid, and germs can grow there, causing inflammation. Learn more about sinusitis, its causes, symptoms, and treatment. 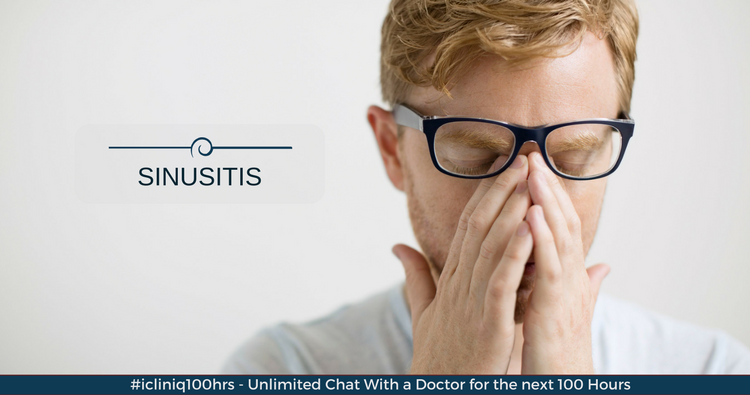 Sinusitis is a very common condition that is caused by bacteria, fungi, viruses, or any other allergies. Sinusitis is defined as inflammation of the mucosal lining of the sinus passages. It can be acute or chronic. Frequent attacks of sinusitis for over three months, also known as chronic sinusitis, result in the thickening of the mucosal membranes and excess production of nasal and sinus secretions. These secretions are usually thick and sticky and frequently predispose the sinuses to bacterial infection.

How Is Sinusitis Caused?

A sinus is a hollow and air-filled space in the body. The lining of the sinuses produces a slimy secretion called the mucus. This mucus helps to keep the nasal passages moist, and it also traps germs and other particles. Sinusitis is caused when the mucus builds up and irritates the sinuses resulting in the inflammation of the sinus.

What Are the Different Types of Sinusitis?

There are four different types of sinusitis. They are:

The condition is called recurrent sinusitis, when the symptoms of sinusitis occur several times a year.

What Are The Common Causes And Risk Factors of Sinusitis?

What Are the Symptoms of Sinusitis?

The symptoms of sinusitis are:

What Are the Complications of Sinusitis?

Hence, it is important to ensure proper and adequate treatment of sinusitis, both acute and chronic.

How Is Sinusitis Diagnosed?

Commonly, a doctor can identify sinusitis by the history of symptoms and clinical examination. To confirm the diagnosis, doctors may recommend a few other diagnostic tests like:

Imaging tests like an X-ray of paranasal sinuses can clearly point out the presence and, in most cases, the underlying cause of sinusitis. Sometimes CT (computed tomography) and MRI (magnetic resonance imaging) may be recommended as CT, and MRI shows the details of the sinuses and the nasal area.

Examination of the Sinuses:

To view the sinuses, a thin and flexible tube with fiber-optic light is inserted through the nose. This examination helps to determine the deviated nasal septum.

An allergy test is performed to check if any allergies are triggering the symptoms of sinusitis.

Culture tests are generally not recommended in case of diagnosing sinusitis. It is rarely recommended to determine the causative factors like bacteria or fungi, or viruses. This culture test is done by collecting the samples from the nose.

What Are the Home Remedies for Sinusitis?

The following measures are quite effective in treating the above-mentioned symptoms:

How Is Sinusitis Treated?

Medications prescribed to manage sinusitis are the following:

In severe cases, where the condition does not respond to the above treatment options then surgical procedures may also be considered.

How to Prevent Sinusitis?

Ways to prevent sinusitis are:

1) Try to avoid contact with people who have a cold or those people who are sick with other infections.

2) Wash your hands thoroughly after sneezing or coughing and before meals.

3) If you have allergies try to manage the symptoms and keep them in control.

4) Avoid smoking because tobacco smoke can irritate the lungs and the nasal passages.

5) You can use a humidifier if your home is very dry. By using a humidifier, moisture is added to the air, preventing sinusitis. Humidifiers also help to keep the home clean and make them free of molds.

Sinusitis is a treatable condition. Most people recover without any medical intervention. But seeing a doctor is necessary if there are recurrent episodes of sinusitis or when the condition is not responding to the provided treatment.

What Is the Quickest Way to Get Rid of Sinusitis?

The quickest way to get rid of sinusitis are:
- Adequate rest.
- Drinking plenty of water or fluids.
- Consuming food with antibacterial properties.
- Using a neti pot.
- Usage of oils to moisten the cavity.
- Taking antibiotic medications.

What Are the Natural Ways to Clear Sinuses?

How Long Does Sinusitis Last?

An acute attack of sinusitis may last for about ten days. Even longer and recurrent bouts of infection may last up to one month. With treatment, the sinusitis can resolve within one week to ten days.

What Fluids Should One Drink for a Sinus Infection?

Fluids that can help during a sinus infection include:
- Warm water.
- Warm water with honey, lemon, and ginger.
- Teas that are infused with herbs.
- Soups and broths.

What Are Some Natural Supplements for Sinusitis?

Some of the natural supplements for sinusitis include
- Enzymes such as bromelain and quercetin.
- Probiotics such as lactobacillus.
- N-acetylcysteine.

Can a Sinus Infection Spread to the Eyes

Can Massage Help Sinuses to Clear?

One can relieve sinus blockage by slightly massaging the frontal sinus region. This can be performed by placing an index and middle finger on the eyebrows and massaging in a circular direction. One can also move their fingers along the eyebrows towards the temple and repeat this movement.

What Are the Ways to Sleep With Sinusitis?

The ways to sleep with sinusitis include:
- Taking medications such as antihistamines.
- Keeping the head in an elevated position.
- Keeping the nasal passages moist.
- Avoid things that may contain allergens, such as pollen and dust.

What Are the Symptoms of Sinus Infection Spreading to the Brain?

The symptoms of a sinus infection spreading to the brain may include the following:
- Headache.
- Fever.
- Tiredness.
- Visual disturbances.
- Seizures.
- Paralysis.
- Loss of consciousness

Can Sinus Infection Affect the Ear?

Can Sinusitis Cause Chest Problems?

Why Does Sinusitis Worsen in the Night?

When we lie down at night, the blood flow to the head increases. This causes more blood flow in the arteries of the head and neck. This increase in blood flow can worsen nasal congestion. Added to that, gravity also increases blood flow and congestion.

Can Sinusitis Cause Heart Problems?

Why do I get right-sided headaches when I look down with a runny nose?

Query: Hi doctor, I have a headache on the right side. My nose on the right side is blocked and water is coming out. Sometimes I have sneezing. When I look down it becomes full and I have pain. What to do?  Read Full »

Query: Hi doctor, I have chronic sinusitis. My father has it. It has developed into rhinosinusitis and he is unable to taste or smell now. How to prevent this from happening to me?  Read Full »

What does MRI with air bubble in sphenoid sinus indicate?

Query: Hello doctor, I have six weeks of ongoing problem with throbbing pain around the nasal bone, headache at the top of my head and visual disturbances. MRI showed air bubble in the sphenoid sinus. What should be my next step now? I had a sudden onset, nasal pain accompanied with visual problems (not ...  Read Full » 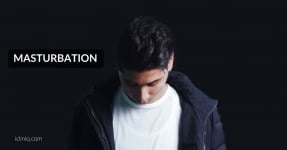 Do you have a question on Sinusitis or Chronic Sinusitis?