Eosinophilic esophagitis is a chronic inflammatory condition. Read this article to know more about the causes, symptoms, and treatment. 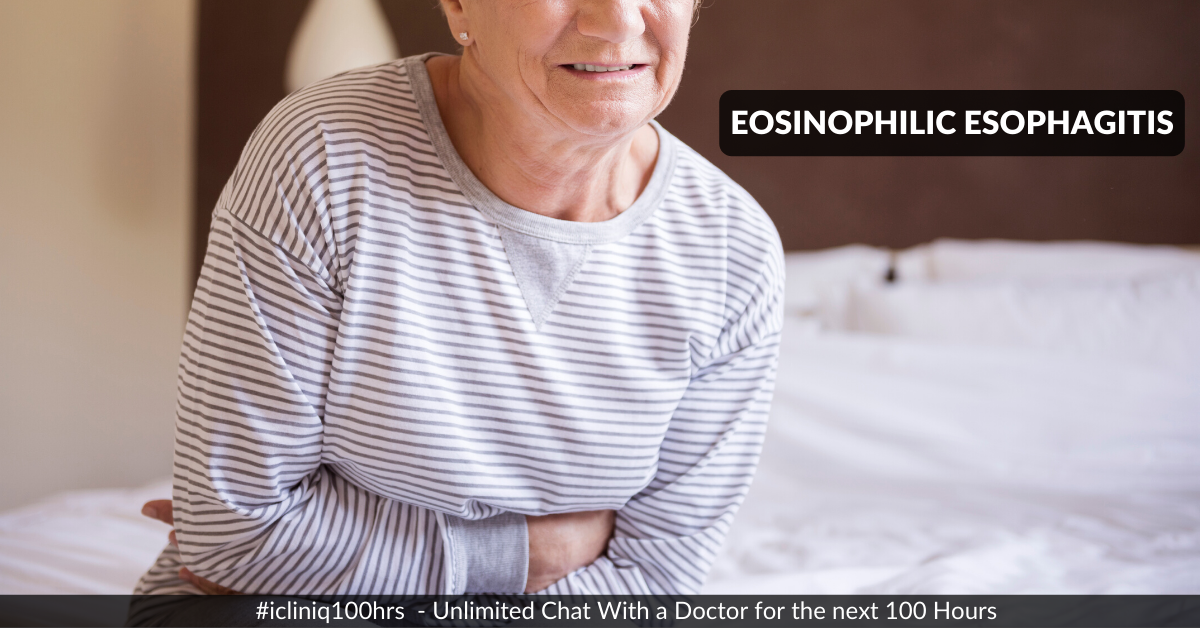 What Is Eosinophilic Esophagitis?

However, the exact cause of eosinophilic esophagitis is unknown.

How Dysphagia Occurs in Eosinophilic Esophagitis?

If the solid food then reaches the stomach, after difficulty, then the discomfort usually subsides by itself. When there is no discomfort, the person can continue eating the food. When solid food has problems reaching the stomach, then you will feel better if you regurgitate the food. This might need inducing vomit voluntarily. Only after that, you can continue eating.

Very rarely, solid food might get impacted in the esophagus. The food will get stuck in a way that it cannot be taken out or made to pass into the stomach. The food which is impacted can cause severe chest pain, which might resemble a heart attack. The patient might experience spitting up too much saliva, as it cannot be swallowed. Patients with impacted food feel difficulty in eating or drinking. The doctor might need the help of a flexible endoscope, which is inserted into the mouth to relieve the obstruction.

The diagnosis for eosinophilic esophagitis involves a variety of options.

What Is the Treatment Protocol?

This condition is one where there are many chances of recurrence. So, the line of treatment will mostly rely on a continuous line of therapy.

You will be asked to test for a few food allergies. Certain foods that are allergic to you might cause symptoms such as diarrhea or vomiting. Such foods that are causing allergies should be stopped. The most common food allergens are dairy and wheat products. Eating a balanced diet will help. Completely avoiding the allergens can give relief from symptoms.

If you experience any of these symptoms, a few lifestyle changes may reduce the severity of symptoms:

Dark Circles Under the Eyes - A Common Cosmetic Concern

Do you have a question on Chest Pain or Regurgitation?