This article stresses the fact that "one should never neglect a chest pain that is too left-sided."

Contents
What Are the Causes of Left-Sided Chest Pain?
When Should We Not Neglect Chest Pain? 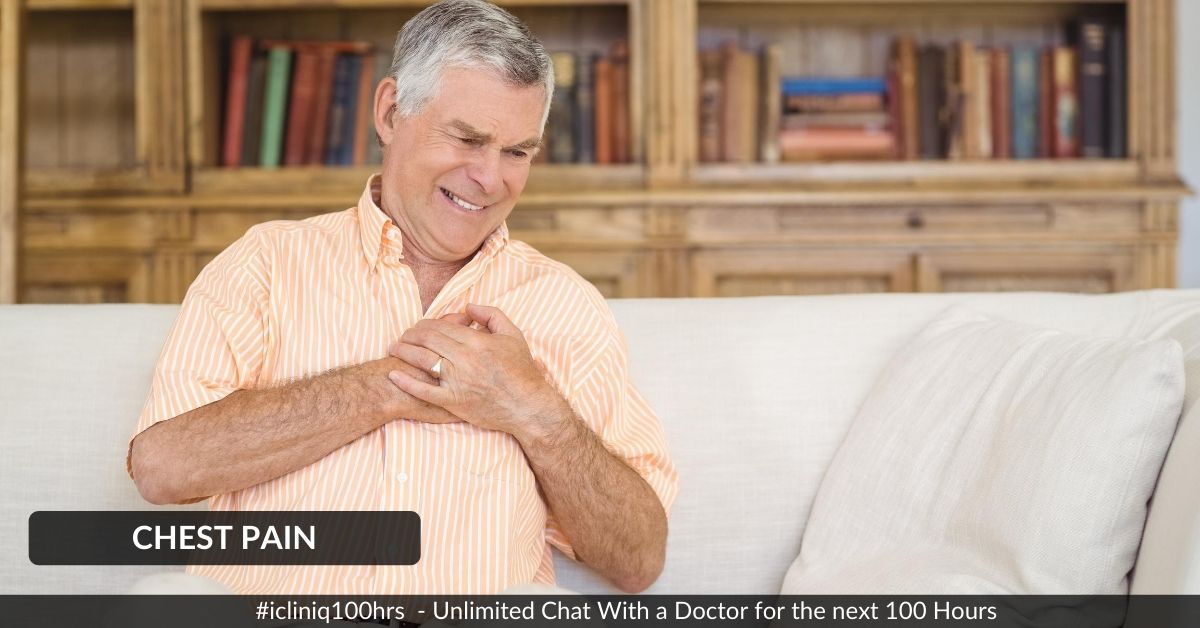 Man's natural tendency is to assume that there is no severe problem and ignore the symptoms. Many patients have met the doctor about 24 to 48 hours, some even three to four days, after the onset of chest pain. They said, "I just thought it was just gastric pain and took antacid, and it became fine." But actually, that first incident of chest pain itself would have been the first attack, and a much better treatment could have been given if the patient had presented earlier. Many patients even die when they visit the doctor and start the treatment.

These days we have been coming across many patients with heart attacks. Obviously, the main reason for this is the bad lifestyle and work culture where there is no scope or time for physical exercise. Even the diet of people is not healthy these days. This has resulted in a significant increase in the incidence of heart attacks. This article is not about how to change lifestyle or diet. It is about how to recognize or what to do when there is chest pain.

What Are the Causes of Left-Sided Chest Pain?

When the digestive acid present in the stomach moves upward into the esophagus, it is called acid reflux. Reflux of stomach contents can happen after eating, lying down, or waking up. As a result of this, heartburn occurs. This is because the esophagus (food pipe) has a mucosal lining that gets irritated by the stomach's acidic contents.

Heartburn is a chest pain that is most commonly accompanied by other symptoms like:

In some cases, this can turn into a more serious condition called gastroesophageal reflux disease (GERD). The below symptoms will be seen in addition to the chest pain in GERD:

The following are the esophageal conditions:

Also called collapsed lung, it is a condition in which there is air leakage into the cavity between the lung and the chest wall. The cause of pneumothorax is usually trauma or any other disease. It can involve either a portion or the entire lung. Pneumothorax also causes chest pain, which is sudden in onset and sharp in nature. However, this type of chest pain can occur on both the left and right sides. The below symptoms accompany it:

An increase in the blood pressure of the lungs is called pulmonary hypertension. Other symptoms include:

Pneumonia is a progressive condition that often follows a respiratory infection like bronchitis or influenza. A stabbing type of chest pain characterizes it. In addition, the following manifestations are seen:

Injury to the muscles of the chest or rib cage can cause them to strain or sprain, which can cause pain that usually aggravates with deep breathing or coughing. In case of trauma to the chest, the following can be seen:

Sudden episodes of fear or anxiety attacks caused by no actual cause are called panic attacks. It brings several physical symptoms, including chest pain that often mimics a heart attack. Other symptoms include:

Cardiomyopathy is characterized by enlargement of heart muscles that bring about difficulty in pumping. Cardiomyopathy presents with:

As the name implies, myocarditis is the inflammation of the cardiac muscles, which can weaken and cause long-lasting damage to the heart's muscles. In addition, it alters the rhythmical functioning of the heart. Symptoms of myocarditis include:

A heart attack occurs when a reduced blood supply damages the cardiac muscles. The following are the symptoms of a heart attack:

When Should We Not Neglect Chest Pain?

Left-sided chest pain can occur due to a number of reasons. The severity of the cause can range from mild to severe. However, since most of the accompanying symptoms of left-sided chest pain are almost similar, taking a chance is unacceptable. Whatever be the intensity or duration of pain, reaching out to a healthcare provider is always recommended. This is because distinguishing between the pain and identifying the causes is not feasible.

So, everyone should remember this. "NEVER NEGLECT A CHEST PAIN. " More so if it is:

Mastering the medical diagnosis is not a cakewalk for the general public. Therefore, sticking to the physician's advice is only recommended, especially when it concerns life. Be it mild or severe, be it for a short-term or a long-term, be it any time of the day, seek the help of a healthcare provider to rule out the severe causes or get prompt treatment.

Will hypertensive medication cause stomach bloating and chest heaviness?

Query: Hello doctor, I am feeling bloated (gas in the stomach), heaviness in the chest, feeling that there is phlegm in the throat. When burping or belching, I felt relieved and fine. But after a while, the above symptoms appear again. I am a 60-year-old female with hypertension and I am currently taking...  Read Full »

Do you have a question on Heaviness In The Chest or Chest Heaviness?