Bronchitis is a lung disease. Read this article to know more about the causes, symptoms, and treatment. 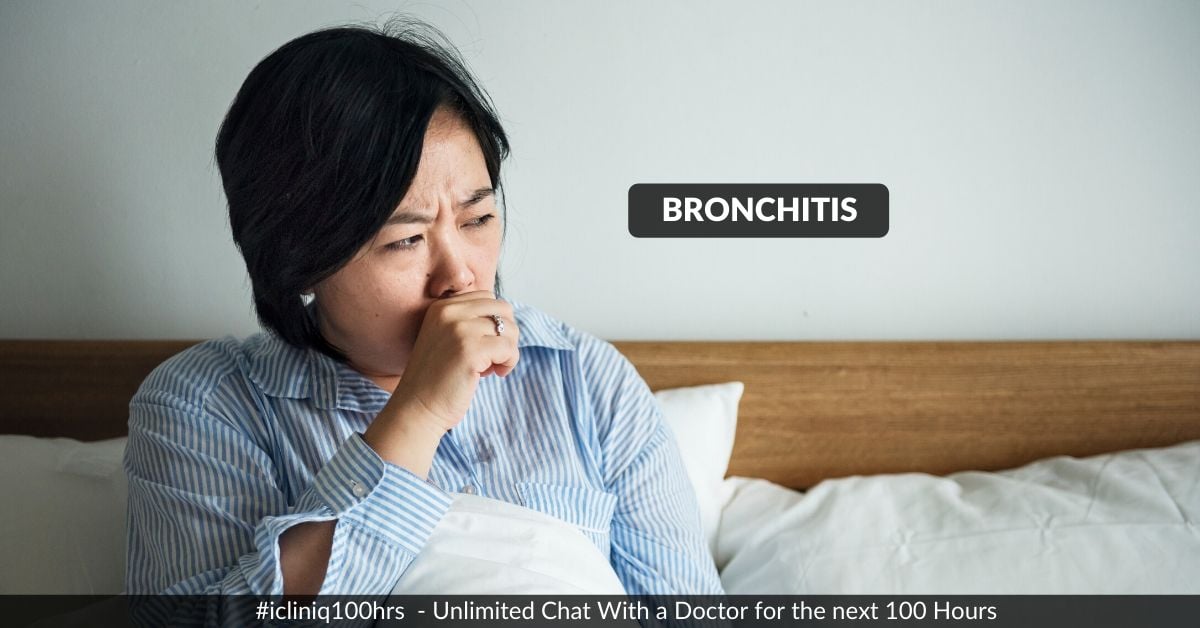 What Are the Types of Bronchitis?

There are two types of bronchitis. Acute and chronic bronchitis are the two types. In acute conditions, bronchitis occurs at a sudden onset. This is the most common one. In chronic conditions, the symptoms might be existing for a longer duration. This is more serious. Chronic bronchitis may be defined by using the presence of phlegm on most days, at least 3 months per year for ≥2 yrs. This can occur in patients with Chronic Obstructive Pulmonary Disease (COPD).

What Are the Symptoms of Bronchitis?

The symptoms of bronchitis are:

What Are the Causes of Bronchitis?

Identifying causative pathogens for acute bronchitis is quite difficult and most clinical studies report identification in less than 30% of cases. Almost 90% of cases are related to viruses and less than 10% to bacteria.

Respiratory syncytial virus (RSV) is the most common cause of severe acute respiratory infection in children. The other important cause being the symptoms evoked as a result of allergic reactions to pollen grains, dust-mites present in old dust, and pets.

The virus that is causing flu and cold is the cause of acute bronchitis. Chronic bronchitis is caused by abusive practices, such as smoking. Air pollution can also be the cause of chronic bronchitis. For good health, the food, air, and water should be fresh and pure. The smokeless air will keep us away from allergic reactions and cough. Certain occupations can be the reason, as well. The people who are working in factories emitting smoke tend to inhale the polluted air. The impure air respired in the factories contributes to the ill-health of the individual.

How Is It Transmitted?

The transmission of bronchitis occurs due to direct contact with the droplets of sputum released by infected patients. Patients need to follow coughing etiquettes to prevent the spread of one’s disease.

What Are the Risk Factors of Bronchitis?

The diagnosis will require the help of the doctor, especially in chronic bronchitis. Your doctor will ask you to perform certain tests along with the clinical examination. The patient should provide a detailed history of the condition. The diagnostic test varies according to the acute and chronic conditions. The following are the diagnostic tests for bronchitis:

Oxygen Level: The oxygen level in the blood is tested. The levels are tested with the help of a sensor. The device used to test the oxygen levels are known as a pulse oximeter. The sensor identifies the level of oxygen using a finger.

Spirometry: It is a type of lung function testing. This device can be used to diagnose other lung diseases such as COPD, emphysema, and asthma.

Chest X-ray:Chest X-ray is the basic investigation and it helps in ruling out other respiratory diseases as pneumonia, tuberculosis.

Blood Tests: The infection can be identified with blood tests. An increase in the number of white blood cells can occur during infection.

The healing requires adequate rest and good sleep. Acute bronchitis is a self-limiting condition. In some cases, cough suppressants, expectorants, mucolytics, antihistamines, inhaled corticosteroids, and bronchodilators may be required to relieve the symptoms. But the symptoms of chronic bronchitis may continue for more than a month. If you feel very tired due to continuous coughing, you should consult your pulmonologist.

Medications for Cough: Coughing is a useful reflex for removing the mucus from the bronchial tubes. However, medications can give temporary relief, especially at night.

Mucolytics: Mucolytics aid in easier expulsion of sputum through cough or sneeze. It makes the secretions thin and less sticky so that they can be removed easily from the air-passages.

Oxygen Therapy: In very severe and complicated cases, the patient might need the help of oxygen therapy as supplementation.

Steam Therapy: Steam therapy is an ancient method known to ease many respiratory disorders. Specifically, when you have a continuous blockage in your nose, let the steam air from hot boiled water to spread through your nostrils. This can totally give you relief and also helps you sleep better.

What Are the Prevention Measures?

It is not possible to completely prevent the condition of bronchitis. Certain lifestyle modifications have to be made for healthy living.

Feel like discussing your doubts on bronchitis? Call a doctor online.

I coughed up worm-like mucus. Can it be a sign of worm cast in the right lung?

Query: Hello doctor, I was diagnosed with flu five days back, it started with a productive cough and then progressed to body aches and fever. Body aches and high fever lasted for about 24 to 36 hours, but I have a constant low-grade fever. I started to feel better after three days, but the coughing was so...  Read Full »

Article Overview: Bronchitis and pneumonia both are lung conditions and cause similar symptoms, so it becomes difficult to tell them apart. Both these illnesses affect the airways and cause cough and discomfort. Read Article

Most people recover quickly from a cold and flu, but in some, it might lead to bronchitis or pneumonia. Bronchitis and pneumonia both are lung conditions and cause similar symptoms, so it becomes difficult to tell them apart. Both these illnesses affect the airways and cause cough and discomfort. It...  Read Article

Do you have a question on Asthma or Antihistamines?