Mononucleosis, commonly known as kissing disease, is a viral infection that commonly affects teenagers. Read the article to know about its symptoms, causes, risk factors, diagnosis, treatment, and complications. 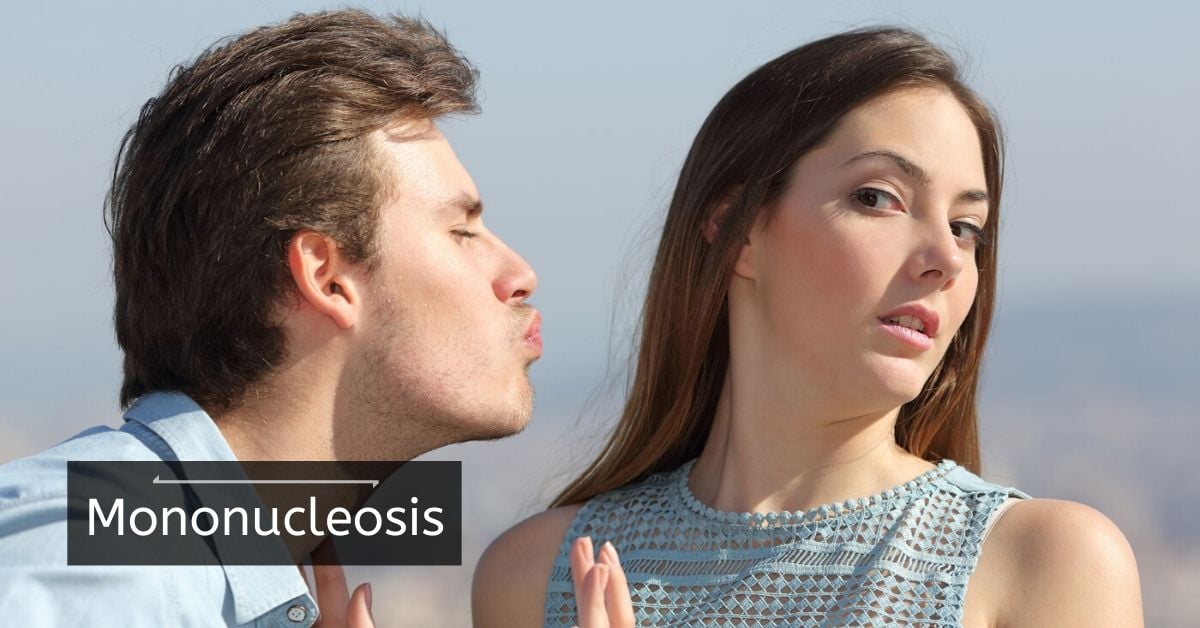 Mononucleosis, otherwise called infectious mononucleosis, mono, glandular fever, or the kissing disease, is a viral infection caused by the Epstein-Barr Virus (EBV). It commonly affects teenagers but can affect people of any age. It is called kissing disease because the virus is present in the saliva, which gets transmitted through kissing. Apart from kissing, you can also get infected if you are exposed to the virus through an infected person coughing or sneezing near you and sharing a glass or utensils with an infected individual.

Infants and young children get infected when adults kiss them, but they usually show mild symptoms and the infection goes undiagnosed. This infection causes severe signs and symptoms in young adults and teenagers. As it is a viral infection, rest and fluids will help you recover fast. Spleen enlargement is the most common complication of mono. Anyone who gets infected with EBV once is mostly immune to it for the rest of life.

What Are the Symptoms of Mononucleosis?

The most common symptoms of mono are:

The severity of these symptoms varies depending on the age of the patient. For example:

In the majority of cases, mononucleosis is caused by Epstein-Barr Virus (EBV). EBV is a member of the herpes virus family and one of the most common viruses that cause infections in humans worldwide. Once a person gets infected with this virus, it stays inactive in the body lifelong, which can get reactivated in very rare cases. This virus is also linked to some types of cancer and autoimmune diseases. EBV can spread by:

After you are infected, it takes around 4 to 8 weeks for the symptoms to develop. The other viruses that can result in mono are cytomegalovirus (CMV), toxoplasmosis, HIV (human immunodeficiency virus), rubella, hepatitis A, B, or C, and adenovirus.

What Are the Risk Factors for Mononucleosis?

The factors that increase the chances of a person getting infected with mononucleosis are:

How Is Mononucleosis Diagnosed?

The doctor will suspect mononucleosis based on your signs and symptoms. The doctor will then perform a physical examination, where he or she will look for swollen lymph nodes and tonsils, spleen, and liver. As serious infections such as hepatitis A also results in similar symptoms, the doctor might suggest you get the following tests done:

How Is Mononucleosis Treated?

Most viral infections, including mononucleosis, do not have any specific treatment available. As it is caused by viruses, antibiotics do not work. Treatment can only help relieve symptoms until the body fights the infection off. The things you can do are rest, eat healthily, and drink enough water. If needed and in some cases, your doctor might prescribe the following medicines:

What Are the Natural and Home Remedies for Mononucleosis?

The following home remedies can help relieve signs and symptoms of mononucleosis:

What Are the Complications of Mononucleosis?

The common complications include:

Some of the rare complications are:

Is diarrhea in a baby due to viral infection?

After COVID-19 infection, there are changes in thyroxine levels. Why?

Query: I had positive corona around 5 & half weeks ago and suffered symptoms of severe fatigue & high palpitations after checking my heart lungs etc bloods all is fine the only thing they have seen on my bloods is my free thyroxine levels are slightly raised I.e. 25 it was checked twice 2 weeks ago...  Read Full »

Are there any tests available to check pelvic muscle weakness?

Query: Hello doctor, I am suffering from pelvic muscle weakness. I want to know is there any blood tests or any other diagnosis.  Read Full »

Do you have a question on Severe Fatigue or Viral Infection?