Breastfeeding is considered one of the oldest traditions in the world which saves hundreds of children’s lives. In this article, we will see how breastfeeding influences the oral cavity in many ways along with the benefits for the same.

Firstly, let us know how breastfeeding is classified according to the World Health Organisation (WHO):

With this basic knowledge, let us see what are the overall benefits of breastfeeding. These benefits include:

How Does Breastfeeding Influence Oral Health?

Related Topics
My teeth are yellow.Is scaling only a temporary process to clean the teeth?
Benefits of Breastfeeding and a Few Tips to New Mothers
How to keep breath fresh all day?

1. Malocclusion (developmental aspect): Babies who breastfeed exert a greater facial muscle activity while sucking the milk compared to bottle-fed babies. This squeezing movement of the baby’s lip and tongue promotes the development of the face and the jaw bones. On the other hand, bottle-fed babies do not exert such movements and draw the milk passively.

Moreover, the flexible material of the feeding bottle presses firmly on the baby’s palate and the oral cavity thus preventing the adequate growth of the palate as well as hassles in the alignment of the teeth.

Also, the grasping of the nipples while breastfeeding provides a perfect oronasal seal in the baby’s mouth and helps the development of nasal breathing rather than mouth breathing. This eventually turns off open mouth posture during sleep. You definitely do not want to be a reason for your child’s early reason for crooked teeth.

Also, breastfeeding creates the emotional bonding between the mother and the baby and understanding of your baby’s body clock in a glance. You certainly do not want to miss that as well.

2. Tooth decay (nutritional aspect): It is also scientifically proven that breastfeeding protects against tooth decay in children with the reason being the ingredients of the breast milk. Lactose is the main sugar component in breast milk, which does not get broken down easily by the decay-causing bacteria in the mouth. Whereas the infant formulas have the sugar sucrose which is loved by those bacteria and easily attacks the tooth to produce decay.

Another interesting reason is the anatomy of the mother’s nipples compared with the bottle nipples where the latter blocks the saliva to the upper central incisors and reduces the neutralization capacity and thus prolongs the exposure to the carbs and the acid attack, hence decay. Studies reveal that children who were breastfed up to 12 months or more show relatively low tooth decay compared to those children who were not.

How Long Should You Breastfeed?

WHO recommends exclusive breastfeeding for the first six months and continued for 12 to 24 months combined with solid foods as long as the mother and baby desires.

What Advice Is Given by Dental Practitioners to the Breastfeeding Mums?

Is it better to get my two impacted wisdom teeth removed?

Query: Hi doctor, I visited a dentist and he completed deep cleaning of all four quadrants. I got composite fillings on one side of the mouth for five cavities (right side). However, I still have four cavities on the left side. I have two options. Wait for three more months and take care of it, as my in...  Read Full »

While breastfeeding, can I get my damaged tooth out?

Query: Hi doctor, I have a 4-month-baby boy. I am doing breastfeeding. My tooth is entirely damaged. So I am planning to remove my tooth. Is it correct or not? I am taking medicine for it. Please tell me a suggestion.  Read Full » 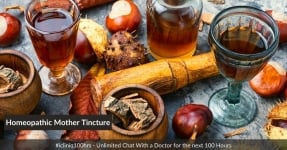 Do you have a question on Tooth Decay or Breast Feeding?