Erectile Dysfunction: a Nightmare for Every Male

This article stresses upon the fact that erectile dysfunction is as manageable and treatable as other physical and mental ailments. 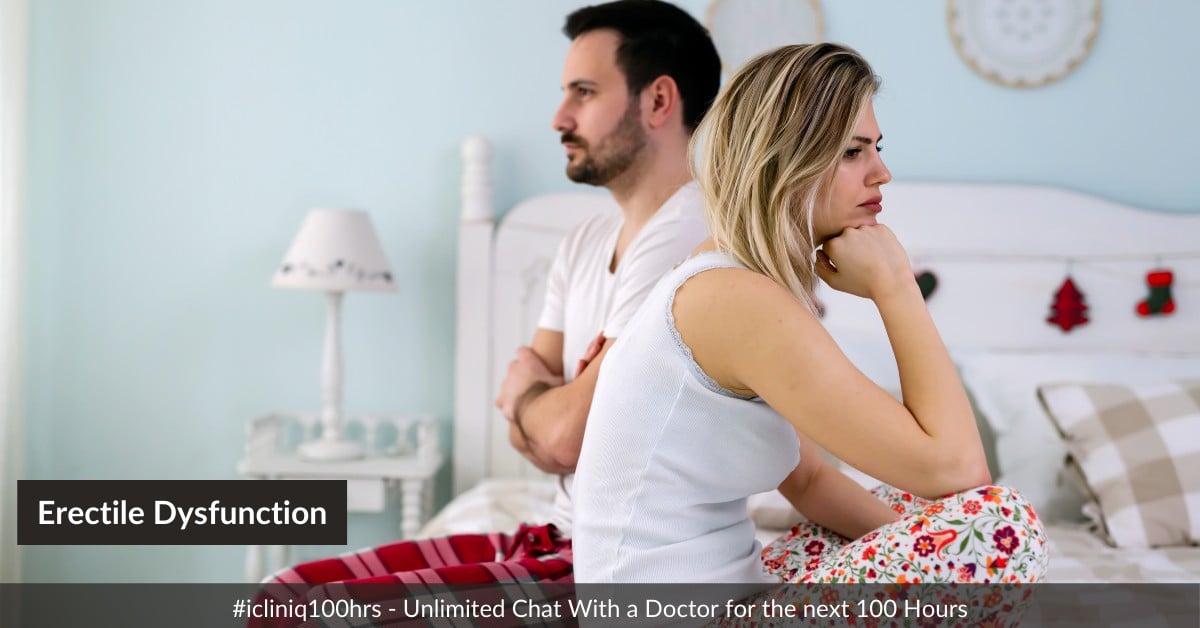 Men in every culture and society are too concerned about their sexual prowess. Performance in the bed is one of the foremost important criteria to determine the sexual prowess. In olden era as well, males were judged on the basis of their sexuality. This is a kind of natural selection running from the origin of mankind, to determine the dominance of one male over the other, hence claiming the right to procreate.

Erectile dysfunction is one of the commonest sexual health related problem faced by men. A whole multibillion industry is thriving on this problem, marketing various products claiming to improve the performance.

Erectile dysfunction (ED) is defined as difficulty in obtaining and/or maintaining an erection during sexual activity and/or have noticed a marked decrease in erectile rigidity in all or almost all (75–100%) sexual encounters. The prevalence estimates of ED had ranged from 10-45%. With age the incidence of ED also increases such that, in men less than 40 years of age 1-10% develop ED, whereas in men more than 70 years of age about 50% complain of having ED.

Comorbid conditions which can occur along with ED are:

Is erectile dysfunction related to my thyroid disease?
I have no desire for sex.Is it because I use tobacco?
I have premature ejaculation after getting circumcised. What to do?

4. Social and environmental factors: status and dominance issues, intimacy and trust, and loss of sexual attraction, low socioeconomic status, lower education, these are the common factors associated with ED.

Treatment of ED includes both somatic measures as well as psychological measures.

Mechanism of action of somatic measures is to increase the vascularity in the penis, resulting in engorgement of blood vessels via relaxation of smooth muscles, hence resulting in increased tumescence and rigidity.

Besides this weight loss and regular physical exercise also show reasonable response in mild to moderate cases. Avoid smoking and alcohol consumption, as they also contribute to development of ED.

Best modality of treatment is the combination of both somatic and psychological measures, to be used along with treatment of comorbid condition for complete recovery of premorbid sexual performance.

Last but not the least, ED is just as treatable as other mental and physical ailments.

Consult a sexologist online for queries regarding erectile dysfunction --> https://www.icliniq.com/ask-a-doctor-online/sexologist

Article Overview: A huge percentage of young men ejaculate within a few seconds or with minimal strokes during sexual intercourse. It is very stressful for both partners when this happens, and it can even lead to marital disharmony and discord. This is the most common male sexual problem. Fortunately, it can be overcome and even treated. Read Article

Premature ejaculation (rapid climax within seconds) is common. It is natural in people with an overly sensitive penis, but it is distressing and disappointing for the couple. To overcome the problem naturally, one needs to understand how exactly it happens and learn how to stop it. It is somewhat li...  Read Article

What Are the Benefits of Solarized Water?

Do you have a question on Erectile Dysfunction or Premature Ejaculation?