Multiple sclerosis (MS) is a chronic autoimmune disease that affects the protective sheath (myelin) that covers the nerves of the brain and spinal cord (central nervous system). Learn about its causes, symptoms, types, risk factors, treatment, and more. 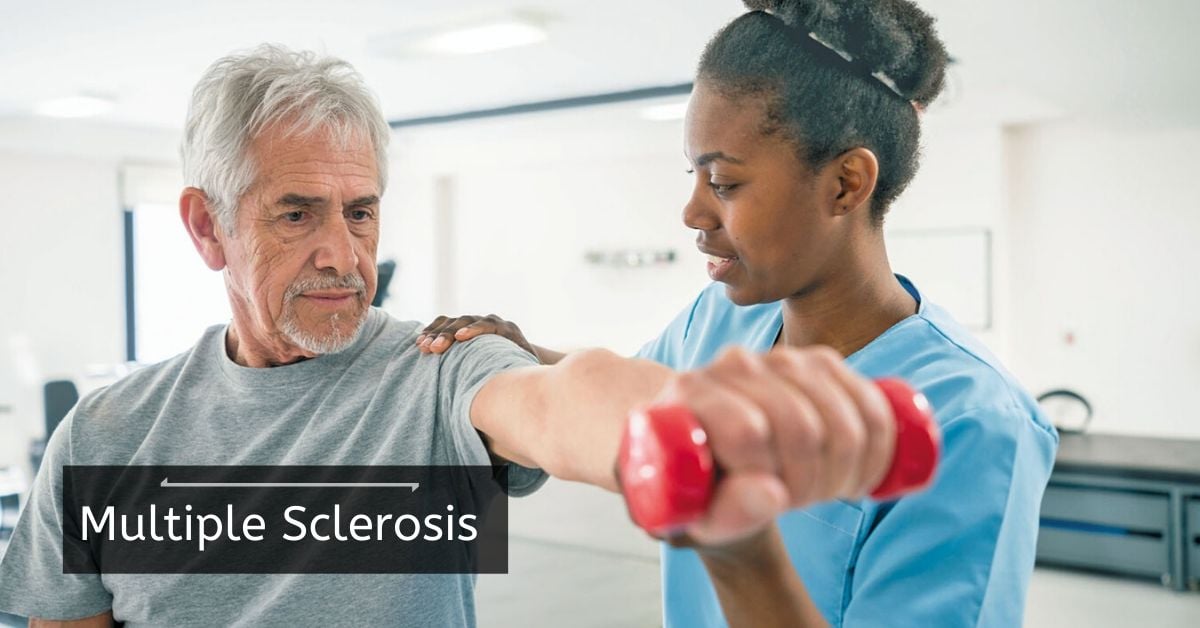 What Is Multiple Sclerosis?

Multiple sclerosis, otherwise called MS, is a chronic disease, which can be potentially disabling, resulting from an illness affecting the central nervous system (brain and spinal cord). Here, the immune system in the body attacks the myelin, which is the protective sheath that covers all nerve fibers. The resulting scar formation makes it difficult for the brain to send signals to the other body parts. As it progresses, the disease most commonly causes permanent damage to the nerves.

The signs and symptoms depend on the severity and amount of nerve damage, and the on which nerve gets affected. Most patients go into remission and do not experience any symptoms for a long time. But some patients lose the ability to walk without support or become wheelchair-bound. As of now, there is no known cure for this disease. Treatments help manage symptoms and slow the progression of the disease.

What Are the Types of Multiple Sclerosis?

The types of MS are:

What Are the Symptoms of Multiple Sclerosis?

As it is a disease affecting the central nervous system, which controls the functions of the entire body, the symptoms are plenty and widespread.

The common symptoms of multiple sclerosis include:

Symptoms that are less common include:

All these symptoms severely impact a person's social and personal life. This is a list of commonly seen symptoms, but different people show different symptoms. Some experience mild symptoms at first, which progresses suddenly and causes disability. In some patients, the symptoms worsen for a period, after which, they feel better.

What Causes and Risk Factors of Multiple Sclerosis?

As mentioned earlier, the exact cause of MS is not known. The myelin layer that surrounds nerve fibers gets damaged. This damage can result from an autoimmune reaction, which can be triggered by environmental factors like viral infection or toxins.

The immune system of the body attacks the myelin, resulting in inflammation. This causes scar tissue and lesions in the brain and spinal cord, which disrupts the communication and signals between the brain and other parts of the body.

Some factors seem to increase the risk of this disease, which are:

Instead of a single cause, it is usually a combination of these factors that results in MS.

What Are the Ways to Diagnose Multiple Sclerosis?

As there is no specific test to diagnose MS, diagnosis is done by conducting tests to rule out conditions that can result in similar symptoms. The tests that are commonly done are:

Some forms of MS can be diagnosed based on the pattern of on and off symptoms. It becomes a challenge when the symptoms are unusual and the disease is progressive.

What Are the Treatment Options for Multiple Sclerosis?

Treatment only helps manage symptoms, treat an attack of MS, and slow the progression of MS, as there is no known cure. If the symptoms are mild, then no treatment is needed. The treatment options include:

To slow or modify the progression of MS:

To treat signs and symptoms of MS:

Along with these medicines, if the patient has other symptoms like depression, insomnia, sexual dysfunction, and urinary problems, the doctor will also prescribe medicines for them.

Around 10 to 15 % of MS patients only have mild symptoms, but it is almost impossible to determine how the disease progresses. For more treatment options and information on multiple sclerosis, consult a neurologist now.

Can vitamin B12 deficiency cause anxiety?

Query: Hello doctor, My best friend has been suffering lately from deficiency of vitamin B12. Our doctor informed us that he suffers from depression and anxiety because of vitamin deficiency. Is it possible? His dad died when he was 10, so I observed that he takes it so seriously when he feels that he is n...  Read Full »

I get tremors in my chin that lasts only for a second. Is it something serious?

Query: Hello doctor, I am 25. Since three days, I have been experiencing sensations like twitches/ jerks/ tremors specifically in my chin area. I noticed that when I talk, eat or when something falls down from my hand suddenly, I get a tremor in my chin. They last for a second only. I went to a doctor (no...  Read Full »

Can chest pain result from vitamin B12 deficiency?

Query: Hello doctor, I am a 31 year old male. I have been diagnosed with a vitamin B12 deficiency and I am taking medicines from last month. I have a slight pain in the left side of my chest and also below my chest. My ECG is normal.  Read Full »

Do you have a question on Corticosteroids or Tremors?