General Measures Against Fungal Infection and Use of Antifungal Agents

This article gives information about the commonly used antifungal agents and general measures against fungal infections. 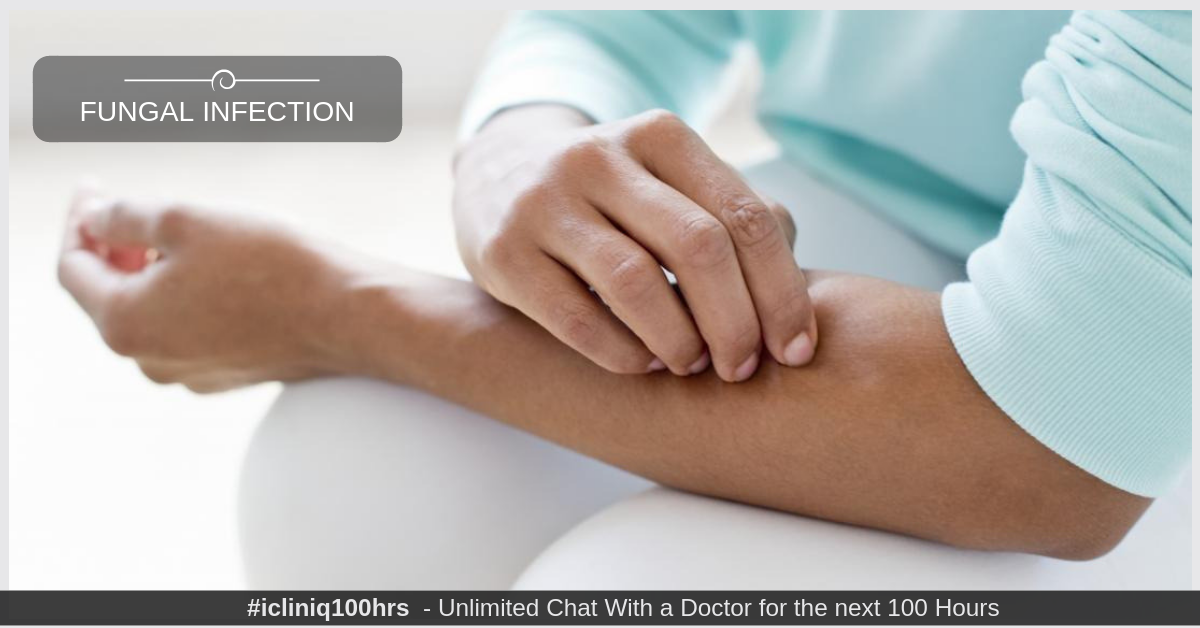 What Is a Fungal Infection?

Fungi are microorganisms having a substance in their cell wall called chitin. Some types of fungus are edible, while other fungi like Aspergillus are hazardous and can cause life-threatening diseases. Different types of fungus can cause fungal infections. In some instances, fungi not ordinarily present inside the body can multiply out of control and cause an infection. Fungal infections can be contagious and may spread from one person to another person. In some cases, a person can catch fungal infections from infected animals, contaminated soil, or surfaces.

What Are the Types of Fungal Infections?

A fungal infection is otherwise known as mycosis. Though most fungi are harmless, some of them are capable of causing diseases under specific conditions. Fungi reproduce by releasing spores that might be picked up by direct contact or inhalation.

Who Is at Risk of Developing Fungal Infections?

1) Those who are currently hospitalized.

4) Those people undergoing treatment for cancer.

What Are Antifungal Agents?

Antifungal agents are medications given against fungal infections that commonly affect skin, hair, and nails. These medications work by killing fungus and preventing fungus from growing. Antifungal medicines are available as gels, creams, sprays, capsules, tablets, injections, and pessary. Antifungal agents are usually applied for two to three weeks twice daily. Over application can irritate sensitive and damaged skin. There are several types of antifungal drugs available to fight against fungal infections.

The two subgroups of azole antifungals are Imidazoles and Triazoles. Imidazoles include Miconazole 2%, Clotrimazole 1%, Ketoconazole, Oxiconazole, and Econazole nitrate 1%. These antifungals are effective against dermatophytes (a type of fungus that causes tinea), candida species, and pityrosporum. Some examples of triazoles are Fluconazole, Itraconazole, Posaconazole and Voriconazole.

Polyenes kill fungal cells by making fungal cell walls more porous, which results in the fungal cells being prone to bursting. Examples of polyene antifungals are Amphotericin B and Nystatin.

Similar to azole antifungals, allylamines interfere with the enzyme involved in creating fungal cell membranes. The typical example of allylamine is Terbinafine, which is often used to treat fungal infections of the skin.

Echinocandins are a new type of antifungal drug. They work by inhibiting the enzyme involved in the formation of fungal cell walls. The examples of echinocandins are Anidulafungin, Caspofungin, and Micafungin.

Some types of antifungal agents work by a mechanism different from other types. Flucytosine is an antifungal drug that prevents fungal cells from making nucleic acids and proteins. Due to this, fungal cells can no longer grow and survive.

Flucytosine is used to treat systemic infections with Candida or Cryptococcus species. Griseofulvin works by preventing fungal cells from dividing to produce more cells. It is often used to treat skin, nails, and hair infections.

What Is Systemic Antifungal Therapy?

What Are the Common Antifungal Agents Used for Treating Fungal Infections?

The following are the different antifungal agents used to treat various fungal infections.

1) Tolnaftate 1% and Zinc undecylenate 10% are commonly used against yeast infections.

2) Nystatin is used for treating oral and vaginal candidiasis along with Hamycin intravaginal tablets.

4) Allylamines such as Terbinafine and Naftifine have limited effectiveness against tinea versicolor and candidiasis.

6) Whitfield ointment is a mixture of 3% Salicylic acid (a keratolytic agent) and 6% Benzoic acid (a moderate antifungal) in a vaseline base. It reduces skin irritation and inflammation caused by burns and fungal infections.

7) Castellani's paint is prepared by mixing 10 mL of basic fuchsin, 4 mL of Boric acid, 2 g of Resorcin, 10 mL of acetone, and water to make it 100 mL. It protects skin from an infection occurring on minor cuts, scrapes, or burns.

What Are the General Measures Given Against Fungal Infections?

A person can follow these general measures to be safe against fungal infections.

Fungal infections are uncomfortable or even painful. It may take several weeks or months to resolve with treatment. If a person feels that he has a fungal infection, he needs to seek the doctor as soon as possible to diagnose the type of infection. Antifungal medications are prescribed accordingly. In some cases, doctors might recommend changes in diet or some general measures or daily habits to prevent recurrence of fungal infections.

What Is the Most Common Treatment for Fungal Infections?

Fungal infections are caused by tiny organisms known as fungi. These are everywhere in the air, water, and on human skin; some can be harmful. The best way to treat fungal infection is to keep the infected area neat and clean and avoid contamination, followed by antifungal drugs such as topical creams, powders, gels, or lotions and medicines to be taken orally.

How to Prevent Fungal Infections in Intimate Parts?

The best way to prevent fungal infection is to keep the intimate areas neat, clean, and dry. Along with that, some of the following things should be avoided to prevent the infection -
- Tight-fitting clothes.
- Douching (cleaning the inside of the vagina with a water stream using a device douch), as it can remove the normal bacteria in the vagina that protects it from infections.
- Scented products like bubble baths, pads, and tampons.
- Hot tubs and very hot baths.
- Over usage of antibiotics.
- Staying in wet clothes for an extended period.

What Are the Common Fungal Infection Areas?

The common fungal infection areas are usually warm and moist areas of the body. Armpits and groin are the most commonly affected areas, followed by the skin, nails, vagina, feet, and mouth. Fungal infections are also commonly seen in patients with diabetes and obesity.

Who Can Get Fungal Infections Easily?

Anyone can develop a fungal infection. However, people with weak immune systems are more prone. In addition to that, people with underlying diseases like diabetes and obese people are common to get infected.

How to Increase Immunity Against Fungal Infection?

There are various methods to increase the immunity. For example, people can take supplements such as probiotics and vitamins like C and B and eat plant foods like fruits, vegetables, nuts, and seeds. Also, people should follow a healthy lifestyle by exercising daily and eating healthy.

What Diet Has to Be Followed to Avoid Fungal Infections?

Obesity is also one of the common reasons for fungal infection due to poor nutrition. To avoid that, a person should follow a healthy diet, eat foods rich in vitamins, lower sugar intake, increase yogurt in diet, and take probiotics. A well-balanced and healthy diet should be followed.

What Causes Fungal Infections in the Vagina?

Yeast is the common causative fungal agent in the vagina. It causes irritation, discharge, and severe itchiness. And in extreme cases, the vagina can get swollen, painful, and infected. Antifungal medications can be used to treat the condition along with maintaining good hygiene.

What Is the Fastest Way to Treat Fungal Infections?

Fungal infections can be treated by taking antifungal medications. In severe cases, stronger medications can be prescribed. But these medicines should only be taken after consulting the doctor in the advised dosage.

What Is the Treatment for Fungal Infection of the Skin?

Topical antifungals are the best option for treating fungal skin infections. These medicines come in various varieties, such as powder, gel, lotions, shampoos, solutions, or creams. This is the easiest and best method to treat fungal skin infections, and oral medication can also be prescribed in severe cases.

Is Saltwater Effective in Fungal Infection?

A warm salt water bath can only help in reducing the symptoms. A person can use lukewarm salt water on the affected area to reduce the symptoms like itching, but it would not help treat the condition. But the site should not be kept wet for a longer time, and after the bath, it should be appropriately cleaned and dried, and medicine can be applied to it later.

Why Do Fungal Infections Recur?

Fungal infections have a higher tendency to recur. This usually depends on the immunity of the patient as the body is not able to recognize the infection-causing fungi. In addition to that, hygiene and physical fitness play an integral part in the recurrence of fungal infections.

What can I do for a ringworm infection?

Query: Hi doctor, I have ringworm from past three months. I have taken Sebifin for two months and Fungicros cream. But the fungi do not go away completely. It has started blooming in new places. Please help.  Read Full »

Can Terbinaforce Plus cream be used for ringworm infection?

Query: Hi doctor, I am having ring like patches all over the body for the past five months. I have itching all over the body including private parts and now it spreads to face as well. I had Griseofulvin tablets, Liv-Cet-5 twice daily and Terbinaforce Plus cream for the last 2 months. But, it did not cure...  Read Full »

Query: Hi, I am suffering from balanitis since last month. I am using an antifungal cream (candid B) to avoid it. Till the time I use antifungal cream all rashes/infection disapper, but once I stop applying the cream all symptoms start again.  Sympoms are: Red skin around head of penis and itchiness aft...  Read Full »

Do you have a question on Fungal Infection or Antifungal?