There are certain chemicals and drugs that induce photosensitivity, which mimic other skin diseases. The basic knowledge about this is essential to eliminate the illness. 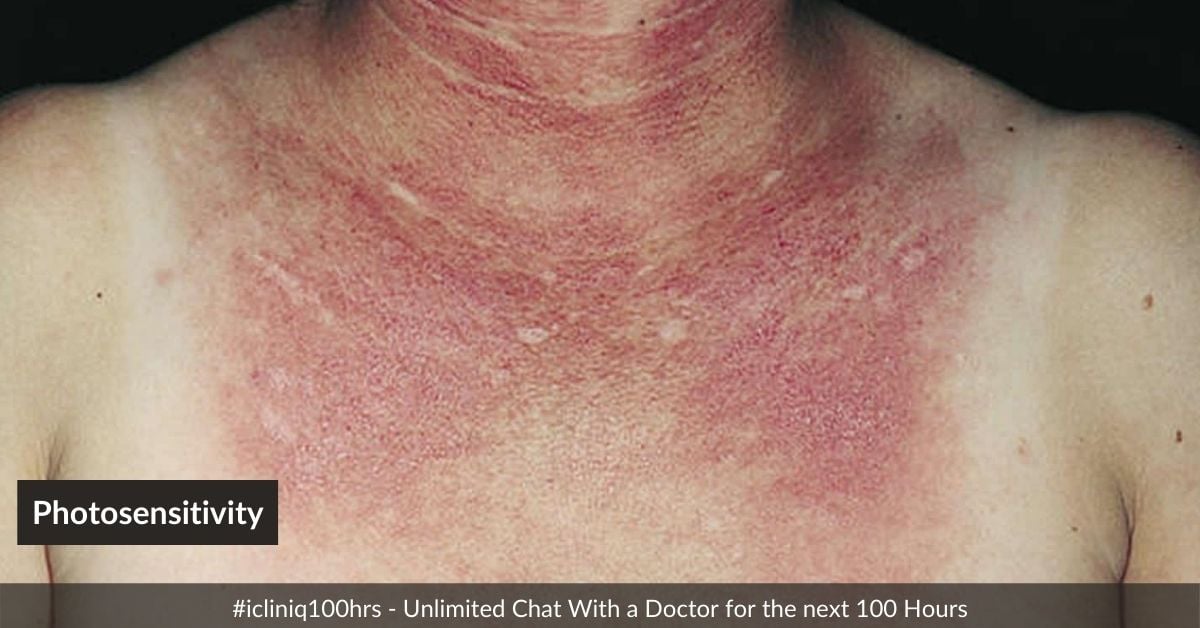 Phototoxicity is the result of direct tissue and cellular injury caused by phototoxic agents and radiation. It can occur in all individuals, provided the dose of the agent, and inducing wavelengths are adequate.

In contrast, photoallergy is a delayed-type hypersensitivity response to a molecule that turns antigenic on the absorption of photons. It has a sensitization phase, an incubation period of 7 to 10 days following the first exposure. Thus, it occurs only in previously sensitized individuals and requires only minimal concentration of the photoallergy. Though several medications have been reported to cause photosensitivity, the exact prevalence of the same in the general population is unknown.

What Are the Photoallergic and Phototoxic Agents?

Related Topics
Whenever my sister goes out, her skin turns red and itchy. Why?
Can I have a fast recovery in MS if I use steroids?
Know All About Photosensitivity

How Does Photosensitivity Occur?

Photosensitivity occurs from an unusual reaction to,

The Electromagnetic Spectrum of Sunlight:

What Are the Symptoms of Photosensitivity?

People start to experience the signs and symptoms, usually within 3 hours of sun exposure. Also, they typically disappear within a day after sun exposure and can also last for a week or more. The following are the symptoms that the patient experience,

In addition, the signs and symptoms increase in conditions like,

What Are the Clinical Features of Photosensitivity?

Acute phototoxicity develops within hours following exposure to a topical or systemic phototoxic agent and appropriate UVR (ultraviolet radiation). Erythema, edema as well as burning and stinging sensationcharacterize the initial presentation with vesicles and bullae seen in severely affected patients.

Pruritic eczematous eruptions are seen in photo distributed areas in a sensitized individual within 24 to 48 hours after exposure to the photo allergens and sunlight. Vesicles and bullae may develop in severe photoallergy.

How Is Photosensitivity Diagnosed?

These testing devices are done in small areas of the skin that are exposed to artificial light. They help the doctor identify whether the symptoms were caused by light and a chemical or light alone.

Also, skin biopsies are needed to test for any particular medical conditions causing the symptoms.

How Is Photosensitivity Treated?

Avoidance of photo allergens and phototoxic agents is the mainstay of treatment. For already erupted lesions, one should get evaluated, and depending on the severity, it can be treated with,

Steroids - Topical or systemic steroids for a shorter duration may help to decrease itching and inflammation. Steroids can be in the form of an injection, cream, or pill.

NSAIDs (nonsteroidal anti-inflammatory drugs)- Ibuprofen decreases the pain, fever, and swelling. They are available with or without a doctor's prescription. NSAIDs can cause kidney problems and stomach bleeding in certain people and when taken with a blood thinner, ask the doctor whether NSAIDs are safe to take along with blood thinners. Also, read the medicine label always before usage and follow the directions. Avoid giving these medicines to children under 6 months of age without a doctor's advice.

Antihistamines - It helps to decrease itching.

Phototherapy - In this treatment, the skin is exposed to doses of ultraviolet light slowly, and it helps the skin adjust to the sunlight.

How to Prevent and Manage the Symptoms of Photosensitivity?

The temporary discoloration is caused by the following, that is darkening of the skin when the skin is in contact with the sunlight, such as,

The most common phototoxic fruits and vegetables are,

Article Overview: Itching is an irritating sensation that makes a person scratch his skin. In this article, I have discussed various causes, types, and management of itching. Read Article

What Is Itching? Pruritus (itching) is the predominant symptom of inflammatory skin disease. It lacks a precise definition and can best be defined indirectly as a sensation that leads to a desire to scratch. What Are the Causes of Itching? Itching can occur as a symptom of many health conditions. Th...  Read Article

Can you suggest a skin whitening cream that does not contain steroids?

Query: Hello doctor, I am a 27 year old female. My skin appears very dull. Can you suggest a whitening cream that does not contain steroid, which I can use on a regular basis?  Read Full »