Estimates suggest that by 2025 more than 365 women will die due to cervical cancer every day. Cervical cancer is usually caused by HPV (Human Papillomavirus) and will mainly affect young women. 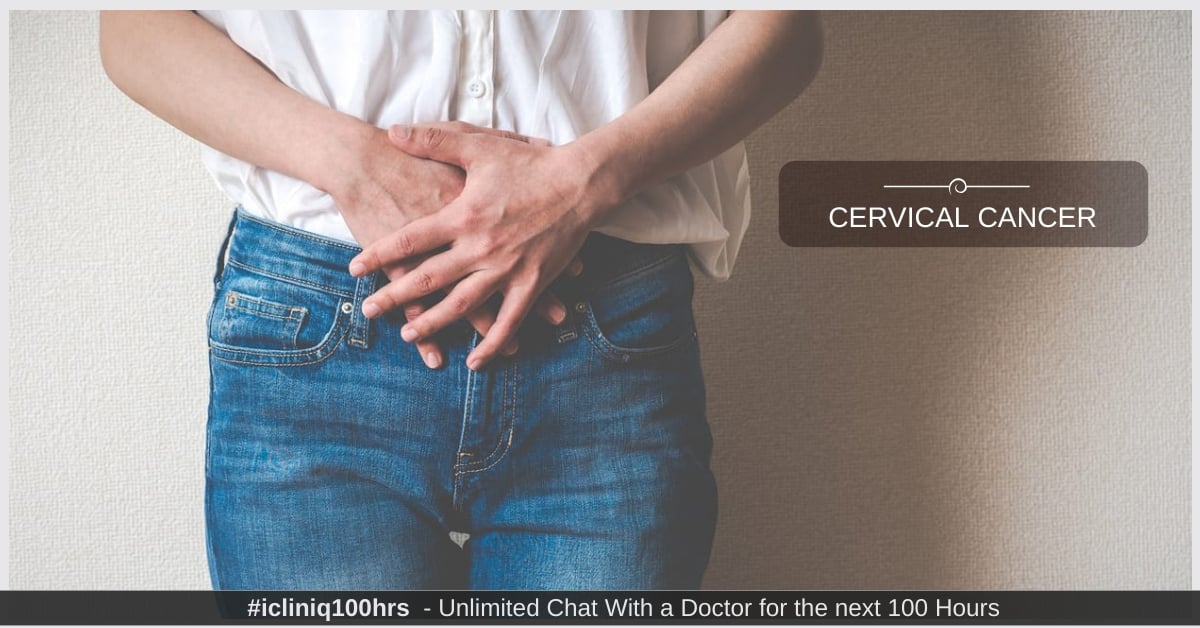 What Is Cervical Cancer?

Cervical cancer is a type of cancer that begins in the cells in the cervix, present in the lower part of the uterus (womb). The cervix connects the uterus's body (the upper part where a fetus grows) to the vagina (birth canal). Cancer can occur when the cells in the body start to grow out of control.

Cervical cancer is usually caused by various strains of the human papillomavirus (HPV), which is a sexually transmitted infection. When a person is exposed to HPV, the body's immune system typically prevents the virus from harming the body. In a very small number of people, however, this virus will survive for years and cause some of the cervical cells to become cancer cells. The risk of developing cervical cancer can be reduced by screening tests and getting vaccinated against HPV infection.

Cervical cancer is caused by HPV (Human Papillomavirus), and it mainly affects young women. Surprisingly, HPV is not only transmitted through sexual exposure but also by:

Human papillomavirus (HPV) is the cause for almost all cases of cervical cancer in women who the virus has previously infected. HPV is a group of viruses and not a single virus. There are over 100 different types of HPV. HPV can spread during sexual intercourse and even through other types of sexual activity like skin-to-skin contact of the genital areas or by using sex toys.

The HPV that can cause cervical cancer will stop the cells from working usually and cause them to reproduce uncontrollably, leading to the formation of a cancerous tumor. As most types of HPV do not cause any symptoms, the other partner could have the virus for months or years without their knowledge.

What Are The Premalignant Cervical Abnormalities?

It will take many years for cancer in the cervix to develop and the cells in the cervix to show changes. These cervical abnormalities are cervical intraepithelial neoplasia (CIN) or cervical glandular intraepithelial neoplasia (CGIN), depending on the affected cells. CIN and CGIN are precancerous conditions. Precancerous conditions do not pose an immediate warning to a person's health. But if they are not screened and treated, they can develop into cancer. But, still, even if you develop CIN or CGIN, the chances of it changing to cervical cancer are very minimal. The changes that are discovered during cervical screening can be treated successfully. The progression from HPV infection to the development of CIN or CGIN and then into cervical cancer is a very slow process, often taking about 10 to 20 years.

What Are The Risk Factors Associated with Cervical Cancer?

The additional risk factors that affect a woman's chance of contracting cervical cancer include:

The hormonal changes that occur during pregnancy can make the cervix more susceptible to the effects of HPV. But the reason behind the link between cervical cancer and childbirth is not clear.

HPV Typing Test: HPV DNA (deoxyribonucleic acid) testing will look for the virus (human papillomavirus) that causes these cell changes. If the test is positive it means there is the presence of high risk HPV. But since not all women having HPV develop cervical cancer, more tests are needed to confirm cervical cancer.

Pap Smear Test: Pap smear is a screening test for early detection of cervix cancer. It is such a simple and painless office procedure that every lady should come forward for this. It takes ten years for any abnormal changes in the Pap to develop into cancerous changes. So it is such a large protection and an eye-opener. The Pap test or Pap smear test will look for precancerous cell changes on the cervix that may turn into cervical cancer if not treated properly.

Can Vaccines Be Given As a Prevention Method?

Yes, vaccination for the prevention of cervical cancer is available these days. This vaccine not only protects against cervical, vulvar and vaginal cancer but also against genital warts. After 21 years of age, every woman should undergo Pap Smear testing yearly to detect any early changes in the cervix (mouth of the uterus).

How to Administer the HPV Vaccine?

Starting age for vaccination is 9 -12 years, and catch-up is given in adolescent girls and young women between 13 and 26 years. It is best given before sexual exposure. The earlier the vaccination is given, the better it is. The vaccination schedule is 0, 2, 6 months; three doses are given over six months. It is administered in the deltoid region (intramuscularly).

What Are the Causes of Cervical Cancer?

The cause of cervical cancer are:
- Prolonged infection with human papillomavirus (HPV).
- Genetic mutation.
- Sexually transmitted diseases.
- The occurrence of other types of cancer.

The various symptoms associated with cervical cancer are:
- Pain during intercourse.
- Vaginal bleeding.
- Pelvic pain.
- Vaginal discharge along with a foul smell.

The pain of cervical cancer might be dull in some patients. A severe pressure can be felt in the abdominal region. Most of them experience sharp pain below the navel region. The occurrence of pain might be continuous or intermittent, and it usually becomes worse after sexual intercourse.

What Happens to Your Body When You Have Cervical Cancer?

When cervical cancer occurs, there will be a severe alteration in the cells that would connect the vagina with the uterus. As the disease progresses, a deeper part of the tissue in a cervix might get affected and involve other parts of the lungs, bladder, vagina, and rectum. The patient also suffers physical changes that might be accompanied by pain.

How Long Can a Person Survive with Cervical Cancer?

A report from the American Cancer Association suggests that patients with cervical cancer can live for a period of five years if the cancer is detected at stage 1. The life expectancy decreases when the intensity of the cancer increases.

What Are the Risk Factors for Cervical Cancer?

Can Sexual Contact Be the Only Cause of Cervical Cancer?

Yes, cervical cancer can increase urinary output. It can change the bowel habits of an individual. The patient experiences an unusual urge to urinate a lot. This is also seen along with alterations in the stools over the period of time.

Yes, cervical cancer can affect bowel movements. After a period of time, changes in the consistency of the stools are noted. The patients will experience loss of control over bowel movements. This might be seen along with watery stools.

Can Cervical Cancer Be Cured Completely?

If cancer has started spreading to the other organs, then there are the least possibilities for a complete cure. You should consult your doctor and ask for their recommendation for the best treatment options.

What Is the Right Age for the Cervical Cancer Vaccine?

Who Needs the Cervical Cancer Vaccine?

A cervical cancer vaccine is recommended for people who are at high risk. This might include young girls and other people who are in multiple sexual relationships. People who have a positive history of sexually transmitted diseases should also get this vaccine.

How Can You Diagnose Cervical Cancer?

The diagnosis for cervical cancer requires an HPV DNA test where the cells are collected from the cervix and tested for the human papillomavirus. In addition to this, a Pap smear test is performed by the doctor to detect abnormal cells.

How Do You Treat Cervical Cancer?

How Is the Prognosis for Cervical Cancer?

Article Overview: Cancer of the cervix is one of the leading sources of death due to cancer in women. Read this article to know more about cervical cancer, its causes, symptoms, diagnosis, treatment plan, and how to conquer cervical cancer.  Read Article

Introduction: Virtually all types of cervical cancers are caused by high-risk types of HPV (Human papillomavirus), which is usually spread through sexual contact. Hence, in effect, the HPV vaccines can prevent 70 percent of cervical cancers before exposure to HPV (during sexual activity). The risk ...  Read Article

What Should I Do For Facial Warts?

Query: Hi doctor, I am getting facial warts again and again at the same place. I go for swimming every day. Is it because of that? I have undergone laser treatment twice and it went away with it. Now, again I have the same problem. What should I do? Is there anything that I can apply as I do not want to ...  Read Full »

Do you have a question on Genital Warts or Cervical Cancer?