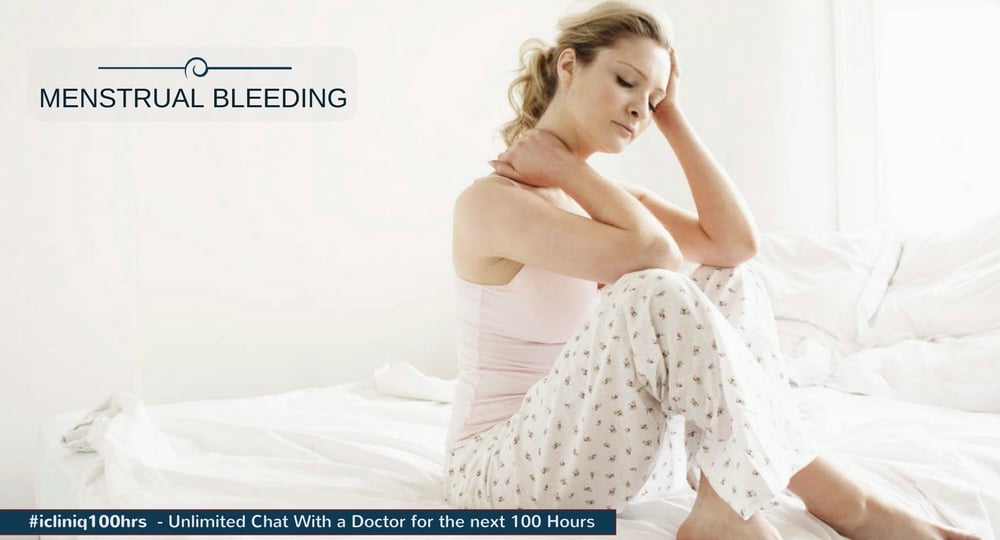 Heavy menstrual bleeding, a condition medically known as menorrhagia, is associated with severe bleeding during menstruation. Heavy bleeding leads to discomfort, anemia, giddiness, and is quantified by the number of pads used during the periods.

Menstrual bleeding is considered to be heavy if:

Causes of Heavy Bleeding During Periods

Heavy bleeding is triggered by multiple causes. Once the doctor rules out pregnancy or its complications, he/ she will consider other causes such as:

Related Topics
I have started bleeding heavily in my postpartum. What to do?
Why am I getting prolonged foul order vaginal bleeding?
Tackling the Time Of Menstrual Cycle Every Month

How to Manage Them at Home

There are certain remedies you can try before you give medicines a shot:

Treatment of the Condition

A doctor may adopt various approaches to treat excessive bleeding depending upon the diagnosis, age, and adaptability of the patient:

1. NSAIDs such as Ibuprofen and Diclofenac are taken by many women and are found to reduce the pain as well as the flow.

2. Oral contraceptive pills are a good option for sexually active women who are not planning on getting pregnant. In addition to prevent bleeding, they also provide the necessary protection, if taken on schedule.

5. Iron supplements compensate for the loss of blood.

6. Surgical treatments should be considered after other non-invasive methods have been tried. They include endometrial ablation and hysterectomy.

If you are suffering from such a condition, do not hesitate to seek help right away. They can be effectively managed medically.

How To Treat Menorrhagia?

Menorrhagia, which is also called heavy menstrual bleeding. The treatment for menorrhagia depends on how severe the bleeding is, the cause of the bleeding, health condition, age, and medical history. It can be treated with the following procedures:
- Antifibrinolytics like Tranexamic acid for slowing the breakdown of blood clots.
- Oral contraceptives regulate the irregular menstrual cycle and lower excessive bleeding.
- Oral progesterone to correct hormonal imbalance.
- Nonsteroidal anti-inflammatory drugs (NSAIDs) to relieve pain.
- Iron supplements to manage iron deficiency due to heavy blood loss.

How Long Can Menorrhagia Persist?

Menorrhagia is menstrual bleeding that would last more than seven days, with very heavy bleeding. If there is a need to change the tampon or pad after less than 2 hours or pass clots the size of a quarter or larger, that is called heavy bleeding. If anyone has this type of bleeding, they should consult a doctor.

Is Menorrhagia a Life-Threatening Condition?

Menorrhagia is not a life-threatening condition, but it is known to be both distressing and debilitating. The incidence of anemia rises significantly with the regular loss of more than 80 ml and may be accompanied by pain.

What Will Happen if Menorrhagia Is Not Treated?

Menorrhagia can lead to anemia if not treated. Also, the heavy bleeding can affect sleep patterns, cause lower abdominal pain and make pleasant activities a burden. Therefore, if women are experiencing weakness and disruption to everyday life due to heavy bleeding, they should ask their doctor for treatment options.

How To Stop Menorrhagia Instantly?

Ginger can help to reduce heavy bleeding instantly. A mixture prepared by pounding and boiling ginger in water for a few minutes gives relief and helps stop menstrual flow. Sugar or honey, when added, can improve the taste.

What Should You Do if Your Periods Are Not Stopping?

If your periods are not stopping:
- Leave it alone if they do not interfere with your daily routine.
- Track your period.
- Take medications when feeling that your periods will not stop, with the opinion of the doctor.
- If the above procedures do not help you turn to surgical procedures.

What Is the Most Effective Way To Treat Menorrhagia?

The most effective way to treat menorrhagia is taking time to rest whenever possible is essential, and it can help prevent fatigue. In addition, exercise helps some people deal with menorrhagia. For example, activities like yoga can help reduce related stress.

Can I Get Pregnant With Menorrhagia?

Menorrhagia is a condition where many women suffer from a very heavy period. This can happen once or can be an ongoing issue. It can also make it harder for a woman to become pregnant, mainly due to an imbalance in hormones.

When Should A Woman Be Concerned About Her Heavy Period?

If a woman has heavy periods, she should discuss it with their healthcare professional, especially if she feels tired or lightheaded or told that she is anemic. The doctor will try to detect the reason for the heavy periods and whether it interferes with the quality of life since there are some treatment options.

Are Heavy Periods a Normal Condition?

Heavy periods are not normal because they can make it difficult for some women to carry out day-to-day responsibilities. Menorrhagia may also be a symptom of a more severe condition.

I have severe and uncomfortable abdominal pain during periods. Why?

Query: Hello doctor, I have severe and uncomfortable abdominal pain when I have my monthly period. My menstrual cycle and pain last for 5 to 6 days each month.  Read Full »

Please suggest ways to regularize my menstrual cycle with PCOS.

Query: Hi doctor, I am 23 years old. I am really worried and fed up with my fat thighs and hips. As I am suffering from polycystic ovarian syndrome and I used to miss my menses. Now, my menstruation is regular. But, whenever I skip physical exercise I am sure that I will miss my menses. I think these all...  Read Full »

Do you have a question on Hormonal Imbalance or Uterine Fibroid?