iCliniq / Answers / Psychiatry / Alcoholism / How to help an alcoholic?

Q. How to handle an alcoholic person?

Answered by
Dr. Nidhi Jain Bukharia
and medically reviewed by Dr. Sneha Kannan
This is a premium question & answer published on Jan 16, 2016 and last reviewed on: Mar 27, 2019 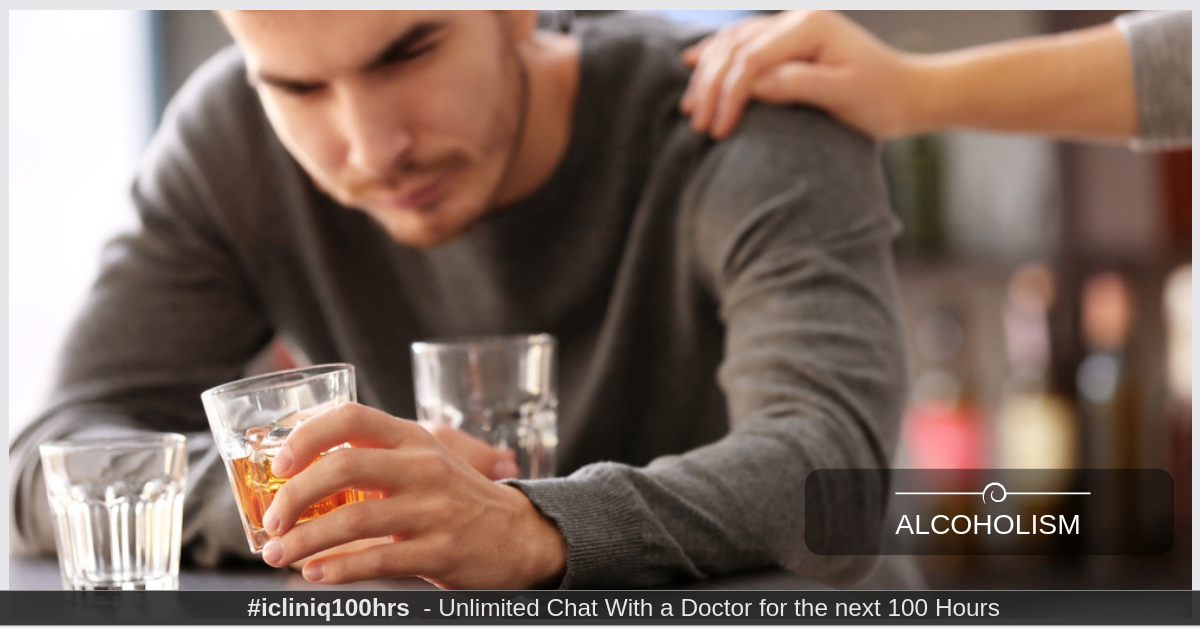 This is query is about my brother-in-law, who is 38 year old now. He got married before seven years and has a child aged 6 years. He is working in a reputed company. He drinks a lot. Over the last few months, especially last fortnight onward he kept on threatening my sister that he will go away from home. This will be his last day in the life and he will end his life. He is repeating the same thing since yesterday. He does not listen to anybody and keep on fighting for small issues repeatedly and also blames my sister for every small thing. He is not ready to go to any marriage counselor or doctor because of some trust issue. He is behaving very abnormally. I do not know how to handle him. Please suggest.

Welcome to icliniq.com.First, answer a few questions, so I would be able to come with some diagnosis.

Though he had been drinking for many years he was fine only. Since eight months the frequency has increased. He is eating less. Yesterday, he kept on drinking without food. He keeps on blaming others for everything to my sister or others. He himself will starve and start claiming for himself. He speaks a lot, sometimes the whole night. He claims that he is always right and the fault is with another person. Behavior changes frequently. With friends, he is fine and goes to the office well. He will keep texting from office and also appears suspicious. He sleeps very less and has lost a lot of weight. He has started smoking a lot and talks irrational as well as some stuff without any logic. Kindly guide.

Your history is not suggestive of any mental illness like schizophrenia or bipolar. Because, he is functioning well (as you mentioned that he is going to the office, behavior with friends is fine).

So, mainly it is alcohol abuse and some behavioral disturbance secondary to alcohol abuse based on your history only, as I have not seen or talked to the patient.

If he is ready to quit alcohol, then I can suggest your medication, which will help him in quitting alcohol. Or if not ready then you can get him admitted in the de-addiction center.

|
Related Questions:
Kindly advise the measures to be taken to manage OCD and PTSD patient?
Why do I think too hard to pronounce people's names in my mind?
I am getting angry by remembering old incidents. Should I see a psychiatrist?

How do I deal with my racing thoughts about death?

Query: Hello doctor, I have been feeling depressed, life is getting hopeless. I am very religious and I have racing thoughts about death and about life thereafter. I have been having decreased social interactions, isolation from others, curiosity, sad, a big sex desire, really wanting to die so that I can...  Read Full »

Why am I relating everything with the question whether my wife is loyal or not?

Query: Hi doctor, For the last two years, I am not feeling mentally easy. I am not able to trust my wife, but I do not know why as I have never seen any mistakes from her side. I know she loves me and cannot even think to cheat me in her dream. She supports me when I tell her about this problem. But, the p...  Read Full »

COVID-19 Vaccines
A COVID-19 vaccine provides acquired immunity against the new Coronavirus. Read the article to know everything about the...  Read more»Does CD marker help in identification of blood cancer?
Hi doctor, I am a 25-year-old male suffering from joint pain and pain in the knees. I also have nausea, vomiting, gynec...  Read more»I suddenly got fainted and woked up with bruising in eyes. Why?
Hi doctor,I am 28 years old with normal weight and following a vegetarian diet. Last month, I fainted at home and my fri...  Read more»