Q. What are the possible causes for heart trembling?

Answered by
Dr. Ashok Kumar Choudhary
and medically reviewed by iCliniq medical review team.
This is a premium question & answer published on Jan 07, 2017 and last reviewed on: Jun 20, 2019 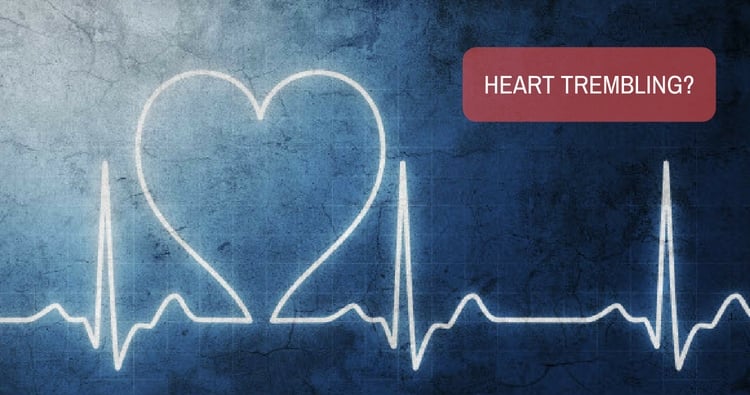 I am 56 years old. I have a feeling of trembling at heart since a month. Sometimes, I feel this trembling even while sleeping and hence, the sleep gets disturbed. During daytime, I also get uneasiness and shivering for hours after an episode of heart trembling. My BP after this feeling was a little bit high at 180/85 mmHg and then it came down to 135/85 mmHg. I went to a neurologist and took CT scan and Doppler of the neck to find for any blocks. Both the scans were normal. The doctor prescribed Rancil, a beta blocker 50 mg, Aspirin, sleeping pill 0.25 mg and Vertin. I hear some sounds in ears. I also had ear pain and giddiness due to ear fluid. The doctor told that such trembling feeling may be due to ear fluid imbalance or may be due to little blocks in blood vessels, which may not be seen in the CT scan.

After I took the medicine for six to seven days, there was no such feeling. For the last three days, I stopped medicine, which was prescribed for 15 days. Yesterday night, I felt the same trembling at heart and the sleep was disturbed. Then, I took only beta blocker 25 mg (half of the original prescription), Aspirin and sleep pill and I had a good sleep. I am not a diabetic and have no BP so far. The BP in the last three to four days was normal at 125/80 mmHg even though I did not take the medicines. I walk for one hour on a daily basis regularly. I am also experiencing fainting like feeling, lack of concentration, losing of a sharp and normal vision sometimes. It takes about two to three hours to recover from these symptoms. When I take a beta blocker, Aspirin and sleep pills I find myself feeling better, but the BP gets lowered to about 95/60 mmHg.

For the last two decades, I had vertigo. I used to get it once in every 12 to 15 months and I had got used to it. It normally go away in 15 to 20 days. But this time, in the last one month I doubt this is vertigo though I hear some ear sounds and have a little pain in the ears. Though I drive car and two-wheeler slowly, the feeling and unsteadiness makes me very uneasy. During night, sometimes I suddenly wake up after some vibration from the stomach and the chest portion and hence, sleep will be disturbed. I experienced trembling, three times in one month during daytime and felt uneasy in the hands and legs for five hours after that. In the morning, unsteadiness starts to occur and it has happened five times in one month. I am not able to concentrate and there is a fearful sensation in the body. This problem needs to be treated. I doubt whether taking Metoprolol and Rancil will lower the blood pressure. For the past 10 days, I am taking Metoprolol 50 mg, Rancil 20 mg at night, Aspirin at night, Vertin at night, sleep pill 0.25 mg at night and Pan 40 in the morning. Earlier, I was taking Vertin. Please help me.

I read your query and understand your concerns.

Related Questions:
Why is Aspirin given for high hemoglobin and RBC count?


.. level, RBC (red blood cells), and PCV (packed cell volume) are high. The lymph node, liver, and spleen need to be clinically examined. Do you have a history of dizziness, weakness, and stroke? High level of RBC and hemoglobin can cause blood clo...   Read full

Shall I take Aspirin with honey to induce period?


.. did not get a withdrawal bleed within 7 to 10 days of taking the Unwanted 72 pill, then the next best thing to do is to get a serum beta hCG test done. It is a blood test for ruling out pregnancy conclusively as of now. If the hCG (human chorionic...   Read full