Q. From the photos, kindly clarify what are those bumps in the back of my throat.

Answered by
Dr. Shyam Kalyan N
and medically reviewed by iCliniq medical review team.
This is a premium question & answer published on Mar 03, 2018 and last reviewed on: Aug 28, 2019 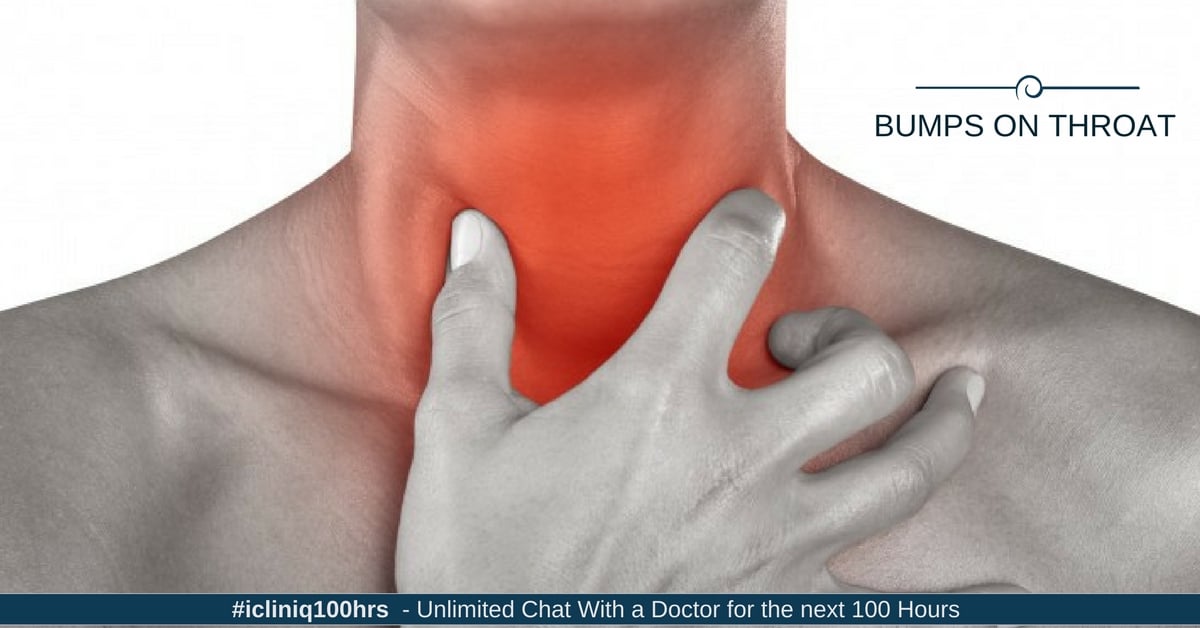 I am quite worried about the bumps on the back of my throat. I am quite sensitive to dust and get sinusitis along with blocked nose and stuffed head often. Around three to four weeks back, I had small red bumps on the roof of my mouth. When I consulted with a doctor, they suggested Augmentin 65 for a week as I was having some viral or bacterial infection in my throat as well. After a week, I was feeling fine. Again since last two weeks, I have thick phlegm like in my nostrils and very much dry. The dry mucus was hard and yellow in color. On cleaning, it was painful and discomfort in swallowing, but these bumps are making me panic, I have had few tonsil stones come out of my tonsils also, which on seeing a spot I cleaned using a cotton bud. I am very much worried about my recurrent throat infections as well as these bumps as shown in the picture.

My medical history includes the following. I was diagnosed with acid reflux before four years and has been taking medicine and following diet control on food. Though I did keep it under control, at times, I get heartburn after a particular food, but it goes away immediately. I also get recurrent sinusitis. I had been falling for pharyngitis due to consumption of cold items. A doctor advised me to have Septilin on a daily basis and for long, and I feel it controlled my infections. Also, seven months back I had trouble sleeping due to severe back pain upon lying down to sleep. When consulted and took an MRI, it resulted in a spine disc hitting a vein causing pain at different angles. My habits include eats quite rightly all meals, but at times skip breakfast and occasional alcohol consumption. I am a software engineer, and hence, at times I have trouble having a proper sleep of 6 to 8 hours.

You have very precisely described your problem with pictures (attachment removed to protect patient identity). I appreciate that.

My diagnosis of your condition based on your symptoms is chronic or recurrent acute rhinosinusitis, which is causing chronic pharyngitis.

Rhinosinusitis produces thick mucus or phlegm that runs down your throat and causes those bumps. The bumps are in fact lymph nodules, which get inflamed due to the post-nasal drip occurring due to rhinosinusitis.

The same mucus or phlegm due to air currents inside nasal cavity dries up to form crusts. The crusts when pulled off, strips the nasal mucosa (inner lining of the nose) and causes a temporary bleed.

Secondly, your oropharynx (the region is shown in your picture) shows telltale signs of chronic inflammation. They are the granular posterior pharyngeal wall (the bumps), congested anterior faucial pillars (the rashes on the roof of the mouth - soft palate or pillars) and the enlarged tonsils. These may cause recurrent throat pains and sore throat, which may require taking a frequent antibiotic course.

Dust, one of the primary causative agents of allergy, worsens sinusitis by causing blocked sinus ostium, which causes proper ventilation of sinuses. You may note down various times when your allergy and sinusitis get triggered, like certain locations, certain food items, certain habits, etc.

Kindly do the CT scan and send me the report as well as films. Films are important. Kindly upload those if you are getting a CT done anyway.


Are you trying for a baby? This tool will help you know when to take the pregnancy test at home.   Read full


Remedies and Cure The following measures are quite effective in treating the above-mentioned symptoms: Steam with menthol inhalation three times a day ...   Read full

What is the cause of pharyngeal discomfort and cough?


The visualization of the mucus discharge in the throat with congestion in the pharynx points to this diagnosis ...   Read full

The New COVID Variant From South Africa (Omicron)
The World Health Organisation has enlisted Omicron to be a variant of concern. Just scroll down the article to know abou...  Read more»Managing Diabetes During Festive Season
All the festivals are indirectly a danger sign for diabetic patients. Read this article to know more about how to handle...  Read more»What You Should Eat and Drink for A Healthy Life!!
Food is essential for our survival, and what we eat definitely impacts our health. We can easily reduce the risk of many...  Read more»